How are IT leaders using open source, and what are their future plans? New data shows modernization and digital transformation loom large 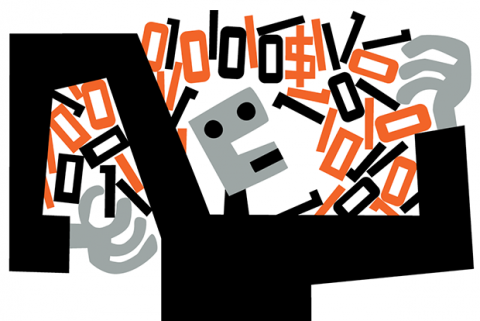 How are your IT leadership peers using open source software in their organizations?

For starters, open source plays a big role in three of the biggest intersecting trends in IT right now: Containers, cloud, and DevOps. Each has open source DNA (and each encompasses highly coveted IT talent skill sets). Kubernetes has become the highest-velocity project in open source history. In fact, IT leaders now see open source not only as agile but also as strategic, according to “The State of Enterprise Open Source,” a new report conducted by Illuminas and sponsored by Red Hat, which queried 950 IT leaders worldwide.

What does that mean in practice for your peers? Is open source now connected to moving the business forward? How does security weigh in?

We’ve pulled out some key stats from the findings. Let’s dive into the data:

69 percent of IT leaders say said it was very or extremely important. Only one percent didn’t think it was important at all.

[ Read also: 8 advantages of using open source in the enterprise. ]

2. Where is open source being used in your enterprise?

3. What is enterprise open source being used for?

Beyond the where, there’s the what – the larger goals that IT leaders and their larger organizations are chasing. Modernization stands out here. DevOps – often a path to faster development cycles, faster experiments, and faster time-to-market – also checks in:

Notes Red Hat technology evangelist Gordon Haff: “Open source software isn’t just about swapping out old infrastructure for modernized replacements. 42 percent say they’re using it for digital transformation. The term may be a bit loosely defined, but it speaks to us as companies remaking themselves in ways that embrace the possibilities of information technology alongside, or even instead of, traditional factories and other assets rooted in the physical world.”

Haff continues, “The distinction between modernization and transformation is important because it can represent a distinction between executing business as usual more efficiently and creating new opportunities, new services, and new classes of customer value.”

4. What are the top benefits of open source?

Note that access to innovations ranks high on this list: Perhaps at no time in IT history have IT leaders faced more pressure themselves to innovate quickly. That pressure is also fueling the move to agile work styles.

5. Have you increased or decreased use of open source in the past 12 months?

Given the rise of containers and Kubernetes, these numbers shouldn’t shock you (unless you’ve been holed up watching “Game of Thrones.”)

Is the container trend cooling down anytime soon? No. In fact, 67 percent of organizations plan to increase their use of containers during the next year, the research shows. For the full picture, download the report.