Why IT needs cross trainers

Too many IT organizations remain stuck in a subservient role. To change that, you need to find ways to get more people into cross-training with line-of-business teams

You read a lot these days about the role IT plays in advancing the overall organization. But the fact is, many IT organizations still play a subservient role. If you want to bust out of that bubble and end “IT think,” take a few simple and effective steps to get the IT team on the right path.

Early in my career, it was common for companies to require personal training during normal working hours and to offer it freely, not only in technical skills, but also in interpersonal communications, time management, and similar soft skills. It was also common for IT employees to work for short periods in groups outside of IT. These practices were a way to grow individual contributors beyond purely technical skills and eventually give them a path to management.

[ How can you set the tone for a learning culture? Read also: Raytheon CIO: Continuous learning starts with IT leaders. ]

Few companies offer personal time/rewards for training anymore, nor do they encourage working in parallel line-of-business organizations to gain business insight. That’s a big mistake, as it stifles the potential growth of the individual and keeps them isolated in their current job and organization. It’s hard to be creative when you’re that isolated, and it doesn’t do anything for a worker’s frustration level, either.

How to make cross-training real

IT staff should spend at least two weeks a year embedded in a LOB group.

Here is what I’ve found works well to resolve this isolation issue: As part of your operational plans, IT staff should spend at least two weeks a year embedded in a LOB group to understand what they do, how they work, what issues they see, what kinds of apps are most beneficial, etc. My experience shows that an IT person who obtains such cross-training is as much as 15-20 percent more effective at their job. This is due to:

The result: Users become productive faster, offering bottom-line revenues to the company, while IT spends less time on each project and more time getting through the long queue of user requests.

Sounds simple. But to do this requires rethinking the standard IT job description. It must include building a rapport with the LOB to allow better communications, enhanced levels of trust, and less finger-pointing if things go wrong (as they often will). A relationship means both sides have a vested interest in solving the problem rather than blaming the other. And it means growing IT employee “people skills” that often are lacking in tech-heavy contributors. There’s nothing like building a little empathy for others to drive excellence in support.

You don’t have the people or the time?

You might say, “I don’t have the extra resources (time and/or people) to be able to do this.” But I’ve seen the payback. In my experience over many years of working with enterprises, here’s what I've found: Spending two weeks cross-training individuals amounts to about 4 percent of the IT worker’s time. And the results? Well, if you increase productivity by say 15 percent, you get an ROI of 525 percent.

Alternatively, let’s say you achieve an 11 percent improvement in productivity or a need for 11 percent fewer IT staff to get the same amount of work done (not that I recommend getting rid of anyone). Or even better, you achieve an additional 11 percent to do proactive improvement in IT functions and/or line-of-business projects, rather than just plodding along or firefighting. And given that so few companies provide IT enough resources to do much proactive enhancement, this is a pretty big benefit.

Bottom line: Think about cross-training not as a drain on your resources, but as an investment in building a stronger IT function that has a significant payback. If you do this, you will be rewarded!

[ Why is adaptability the new power skill? Read our new report from HBR Analytic Services: Transformation Masters: The New Rules of CIO Leadership. ] 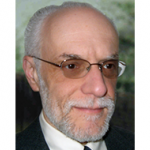 Jack E. Gold is Founder and Principal Analyst at J.Gold Associates, LLC. Mr. Gold has been a technology analyst for more than 25 years, and has more than 45 years of experience in the computer and electronics industries.
More about me