10 books with a tech twist: Summer reads for leaders

Looking for some summer reading? We picked 10 fiction books for leaders that provide an escape - or lessons, if you prefer. Choose your own adventure 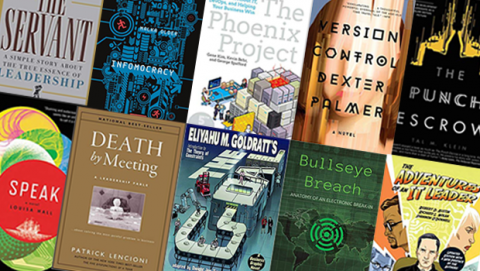 Like many leaders, you probably have a growing collection of business and technology books stacking up on your night stand. While their pages might offer useful guidelines, tutorials, and checklists, they often aren’t as gripping as a good novel. So when it comes time to pack your beach bag or carry-on this month, you might want a different kind of read.

We put together a collection of fiction that we think leaders will enjoy during these slower days of summer. Some books on the list use fiction to reveal truths about leadership, with wisdom and insights that can be directly applied when you get back to work after vacation. Others deliver more of an escape from reality – futuristic tales and sci-fi thrillers that may make you think differently about the emerging tech trends on the horizon. Let’s dive in.

Book description (via Amazon): “A thoughtful, poignant novel that explores the creation of Artificial Intelligence – illuminating the very human need for communication, connection, and understanding. In a narrative that spans geography and time, from the Atlantic Ocean in the seventeenth century, to a correctional institute in Texas in the near future, and told from the perspectives of five very different characters, Speak considers what it means to be human, and what it means to be less than fully alive. Each of these characters is attempting to communicate across gaps – to estranged spouses, lost friends, future readers, or a computer program that may or may not understand them. In dazzling and electrifying prose, Louisa Hall explores how the chasm between computer and human – shrinking rapidly with today’s technological advances – echoes the gaps that exist between ordinary people. Though each speaks from a distinct place and moment in time, all five characters share the need to express themselves while simultaneously wondering if they will ever be heard, or understood.”

The Goal: A Business Graphic Novel 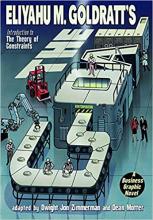 Book description (via Amazon): “Alex Rogo is a harried plant manager who has been given 90 days to save his failing factory. If he doesn’t improve the plant’s performance, corporate headquarters will close it down and hundreds of workers will lose their jobs. It takes a chance meeting with Jonah, a former professor, to help him break out of his conventional thinking and figure out what needs to be done. As Alex identifies the plant’s problems and works with his team to find solutions, the reader gains an understanding of the fundamental concepts behind the Theory of Constraints.”

The Phoenix Project: A Novel about IT, DevOps, and Helping Your Business Win

Book description (via Amazon): “Bill, an IT manager at Parts Unlimited, has been tasked with taking on a project critical to the future of the business, code named Phoenix Project. But the project is massively over budget and behind schedule. The CEO demands Bill must fix the mess in ninety days or else Bill’s entire department will be outsourced. With the help of a prospective board member and his mysterious philosophy of The Three Ways, Bill starts to see that IT work has more in common with a manufacturing plant work than he ever imagined. With the clock ticking, Bill must organize work flow streamline interdepartmental communications, and effectively serve the other business functions at Parts Unlimited. In a fast-paced and entertaining style, three luminaries of the DevOps movement deliver a story that anyone who works in IT will recognize. Readers will not only learn how to improve their own IT organizations, they’ll never view IT the same way again.”

Book description (via Amazon): “It’s the year 2147. Advancements in nanotechnology have enabled us to control aging. We’ve genetically engineered mosquitoes to feast on carbon fumes instead of blood, ending air pollution. And teleportation has become the ideal mode of transportation, offered exclusively by International Transport – a secretive firm headquartered in New York City. Joel Byram, our smartass protagonist, is an everyday twenty-fifth century guy. He spends his days training artificial-intelligence engines to act more human, jamming out to 1980’s new wave—an extremely obscure genre, and trying to salvage his deteriorating marriage. Joel is pretty much an everyday guy with everyday problems – until he’s accidentally duplicated while teleporting. Now Joel must outsmart the shadowy organization that controls teleportation, outrun the religious sect out to destroy it, and find a way to get back to the woman he loves in a world that now has two of him.”

The Adventures of an IT Leader

Book description (via Amazon): “This book – now thoroughly updated with a new preface by the authors and current tech details and terminology – invites you to accompany new CIO Jim Barton as he steps up to leadership at his company. You’ll get a deeper understanding of the role of IT in your own organization as you see Jim struggle through a tough first year, handling (and fumbling) all kinds of management challenges. Although fictional, the scenarios are based on the authors’ long experience working with real-life companies across industries and sectors. The Adventures of an IT Leader is both an insightful story and an instructive guidebook. You can read it from beginning to end or treat it as a series of cases, skipping around to different chapters that address your most pressing needs.”