How to explain natural language processing (NLP) in plain English

What is natural language processing (NLP)? How does it work? Where is NLP used? We break down this branch of artificial intelligence in plain terms so you can explain it – even to non-techies 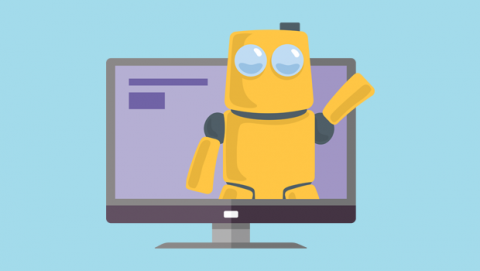 “Alexa, what is natural language processing?”

What is natural language processing?

That makes Alexa and its ilk a natural example of NLP in action: NLP is a core technology that enables virtual assistants to process your verbal queries and respond with some degree of accuracy.

But that doesn’t necessarily define NLP; it just points to a popular real-world application of NLP. Plus, the voice assistant example is actually too narrow: Natural language processing isn’t just about speech but also written text. Moreover, NLP is already ubiquitous, and your smartphone assistant is only one common example of its everyday use.

Where is natural language processing used?

“NLP is everywhere, and much farther-reaching than the more recently developed smart assistants,” says Keiland Cooper, director at ContinualAI and a neuroscience researcher at the University of California, Irvine. “Everything from search, email spam filtering, online translation, grammar- and spell-checking, and many more applications [use NLP]. Any machine learning that is done involving natural language will involve some form of NLP.”

Consider an email application that suggests automatic replies based on the content of a sender’s message, or that offers auto-complete suggestions for your own message in progress. A machine is effectively “reading” your email in order to make these recommendations, but it doesn’t know how to do so on its own. NLP is how a machine derives meaning from a language it does not natively understand – “natural,” or human, languages such as English or Spanish – and takes some subsequent action accordingly.

NLP enables clearer human-to-machine communication, without the need for the human to “speak” Java, Python, or another programming language.

“Natural language processing is a set of tools that allow machines to extract information from text or speech,” Nicholson explains.

NLP and machine learning both fall under the larger umbrella category of artificial intelligence.

NLP is widely considered a subset of machine learning. It goes quite far back in the history of computing. NLP and machine learning both fall under the larger umbrella category of artificial intelligence.

[ Also read: How to explain machine learning in plain English. ]

“Natural language processing is simply the discipline in computer science as well as other fields, such as linguistics, that is concerned with the ability of computers to understand our language,” Cooper says. As such, it has a storied place in computer science, one that predates the current rage around artificial intelligence.

“To Alan Turing, who is considered to be the father of computer science, the bar for an artificially intelligent machine was one that could converse with a person so well that they wouldn’t be able to distinguish that they were talking to a computer,” Cooper says. “This is known as the Turing Test. So indeed, NLP is a very important part of computing.”

With this as a backdrop, let’s round out our understanding with some other clear-cut definitions that can bolster your ability to explain NLP and its importance to wide audiences inside and outside of your organization.

“NLP is an area of machine learning which deals with natural – human – languages. This is a broad field, dealing with problems ranging from speech recognition and transcription to text, to translation between different languages, to extracting entities such as people and locations from text, to providing natural language answers to natural language questions. In short, NLP gives machines the ability to read and understand human language – not to the extent humans can, but well enough to enable machines to perform simple tasks.” –Pavel Dmitriev, vice president, data science at Outreach

“Engineers build NLP models to teach computers how to understand us and even replicate the way we communicate.”

“NLP is a technology built to help computers process and analyze our language, both spoken and written. Essentially, engineers build NLP models to teach computers how to understand us and even replicate the way we communicate. This technology is used in a multitude of ways already, and there are countless future uses we’ve yet to see. The most widely used example of this would be the smart assistant we use on our phones. When we say, ‘Ok Google…,’ Google cloud first transcribes the audio to text, then uses NLP to understand what we’ve just said so that it can respond in the most effective way.” –Etienne Manderscheid, VP AI - machine learning at Dialpad

“NLP is the discipline of software engineering dealing with human language. ‘Human language’ means spoken or written content produced by and/or for a human, as opposed to computer languages and formats, like JavaScript, Python, XML, etc., which computers can more easily process. ‘Dealing with’ human language means things like understanding commands, extracting information, summarizing, or rating the likelihood that text is offensive.” –Sam Havens, director of data science at Qordoba.

But how does it actually work? Let’s dig into some examples you can use: