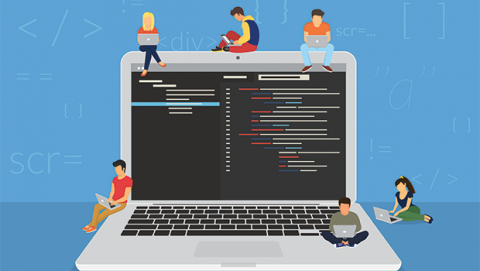 The proliferation of once-exotic artificial intelligence technologies is one reason for optimism about the potential of digital transformation, despite fatigue around transformation projects.

Leaders are finding more ways to put machine learning to work, without hiring teams of experts.

Technology leaders say they are finding more ways to put smart software to work, without the need to bust their budgets or hire teams of AI experts or data scientists. There is still a bleeding edge where only university researchers and mega-scale technology companies dare to tread, and there always will be. But machine learning, machine vision, and other smart software are increasingly accessible. Applying it productively takes work, but it need not be out of reach to any digital team willing to put in the effort.

[ Read also: How big data and AI work together. ]

“I would have expected to have a Ph.D. to do the work I’m doing now, but I just have a bachelor’s degree and a career’s worth of experience,” says Kevin Johnsrude, who has been doing machine learning and machine vision work for Lucidyne Technologies in Corvallis, Oregon.

From machine learning experiment to production in 6 months

Johnsrude is one of the creators of the software for an industrial scanner that helps lumber yards grade wood. As each board shoots through the scanner at up to 35 miles per hour, it is imaged and examined for defects. The board’s defects are then analyzed according to the effect on grade for each possible dimension. The scanner then sends directions to the saws to cut the board to maximize profit per board.

About three months after Johnsrude went to work for Lucidyne in 2016, his boss concluded they had reached the limits of the furniture-scanning algorithms produced by humans alone – meaning it was time to explore software that could learn and improve on its own. Johnsrude was tasked with putting the experiment into production – and told he had six months to get the job done.

At the time, Johnsrude had no prior experience with machine learning and machine vision technologies, just years of experience as a software engineer and a reputation as a fast learner. He got it done, working with his CTO and a grad student who was studying machine learning.

“You need someone to focus on how the data will be captured in reality.”

“We’re using real-time machine learning at the same level that self-driving cars do,” Johnsrude says. While there has been a lot to learn, machine-learning pioneers have a strong bias towards open source software and open access research, he explains, making it easier to keep up with the leading edge of the technology. A good understanding of matrix algebra and statistics also helps.

At the same time, he suggests it could be a mistake to rely solely on machine-learning scientists without also having an engineer who focuses on the practical details.

“You need someone to focus on how the data will be captured in reality,” Johnsrude says. That means taking care of data pipelines, data cleansing, and the performance characteristics of an application.

Harrison Lewis, the CIO, chief privacy officer, and digital business leader at Northgate Gonzalez, says he hasn’t found it difficult to get his existing IT staff working with machine learning and predictive analytics. “They’ve been really grasping it as the next capability they need,” he says. “It’s really more about being able to channel them.”

Based in Anaheim, Northgate Gonzolez runs a chain of grocery stores and drug stores across the state of California. As part of that business, it also provides check-cashing services, which means doing risk analysis on whether a given check is likely to clear.

Applications draw on a wide variety of data to assess the risk before the store cashes a check.

Taking advantage of Google Cloud Platform and the open source TensorFlow machine-learning software library, Northgate Gonzalez has created custom applications that draw on a wide variety of data – organized in a data lake rather than a traditional data warehouse – to do a better job of assessing the risk before each check has cashed, Lewis explains. For example, when someone wants to cash a paycheck, the creditworthiness of the employer will be evaluated using techniques like social media sentiment analysis, in addition to traditional credit bureau data.

The idea is to spot early warning of a company that may be in decline, even though its past history may be good, Lewis says. To staff such projects, he doesn’t necessarily need advanced data scientists, but people who have good analytical minds and a firm understanding of the business.

Beyond doing custom development, Lewis now looks for machine learning to be baked into more of the products he buys, such as self-learning wireless network administration software he has deployed to stores.

[ Want a quick-scan primer on 10 key artificial intelligence terms for IT and business leaders? Get our Cheat sheet: AI glossary. ]