How to stop micromanaging: 3 strategies

Want to foster motivation, creativity, and positivity in your team? Resist the urge to micromanage. Here's how to do it

Ask anyone at your organization what type of manager they don’t want to be, and you’ll probably get some variation of the same response: a micromanager.

That’s because we’ve all been micromanaged at some point in our careers. We know it is demoralizing, stifles creativity, kills productivity, and emotionally drains both parties. One 2016 study even drew a connection between demanding roles that provide employees with little control and early death.

But as I’ve learned firsthand during the past 20 years, resisting the urge to micromanage is a lot easier said than done. Here’s how loosening the reins can lead to a less stressed, more productive, and most importantly, more fulfilled workforce.

Over the years, I discovered that any dissatisfaction with a team’s performance, and the subsequent urge to “step in,” was frequently linked to that team’s lack of understanding of the goals – which was ultimately a failure on my part because I did not set them properly.

[ Sometimes the most obvious answer isn’t the right one. Read 8 counterintuitive leadership tips. ]

If the team doesn’t understand my expectations, how can they possibly come anywhere close to meeting them?

If the team doesn't understand your expectations, how can they possibly come anywhere close to meeting them?

You probably already have a goal, but if it’s simply to become the number-one company in your industry, there’s still some work to be done. In order to be attainable, goals must have a timeline, and they must be broken up into smaller goals, or benchmarks, each with its own timeline.

The easiest way to start this process is by taking a “satellite view” of your overall vision and then zooming in from there. For example, if your goal is for Company X to become the number-one company in the widget industry, first set a realistic timeline based on where you currently are now. Let’s say five years.

Next, break down the steps you need to take, one by one, until you are eventually left with yearly, monthly, and weekly benchmarks for each department in the company.

This also applies on a smaller scale. For instance, suppose you lead a sales team whose goal is to help the company hit a specific revenue for the year. There are many measurable benchmarks to support the goal that go beyond simply hitting specific sales figures. One might be something as simple as sending out a certain number of prospecting emails or making a certain number of calls each day.

Implementing smaller, shorter-term goals will not only give your team a better understanding of what is required of them, but it will also help keep them more focused and motivated.

Once you’ve identified some realistic goals that can be tangibly measured, how you communicate them to your team is equally important. You could send an email, but that would make all of your hard work moot. Once you have a vision of where you want to go that is real, actionable, and attainable, you must communicate frequently and consistently with your team until everyone understands the objectives.

Set regular meetings with your direct reports and work with them to establish detailed objectives that support your new goals. In addition to helping everyone understand their specific role in the company’s success, these meetings will also let you check in and assess progress.

Scheduling weekly or bi-weekly meetings eliminates the spontaneous “check-ins” for which micromanagers are notorious. Catching employees off-guard to check in makes them think you don’t trust them – and even if you don’t, this approach is counterproductive. Holding regular check-in meetings not only allows both sides to prepare, but also fosters the mutual respect that’s essential to any successful relationship.

It’s easy to tell yourself that you wouldn’t need to step in so frequently if your team did what they were supposed to do. But in reality, the problem almost surely originated with you. So instead, take a step back and evaluate your leadership approach first: How you’re communicating, delegating, and establishing measurable goals for you and your team.

No one sets out to be a micromanager, but the urge can creep up even on those with the best intentions. When employees don’t feel empowered, they are less likely to be engaged or motivated to work toward your vision. And while taking a step back can be difficult, if you’ve been proactive in your efforts to establish and clearly communicate goals and objectives, it will be a lot easier.

Establishing regular check-in meetings will empower your direct reports to guide their teams in ways that make the most sense for their specific area. By delegating decision-making into each area, your teams will feel much more liberated to do what is needed to meet or beat the objectives. Through this process, you will probably begin to notice that employees intensify their focus and accelerate their performance.

The final result? An unstoppable team that consistently delivers high value, high quality, and timely results – without you needing to hover or spontaneously intervene.

How CIOs can help teams dedicate time to continuous improvement

Design thinking: 9 ways to get started

When algorithms rule: 5 priorities for leaders in the AI age

No comments yet, Add yours below 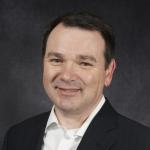 Todd Dauchy is the president of SMA Technologies.  He is responsible for the overall vision, strategy and operations of the company.  He started his career with SMA as Chief Technology Officer in 2012 and was promoted to President in 2018.
» More about me

Design thinking can help you get closer to your customers' wants and needs. Consider these expert tips for getting a design thinking program off the ground in your organization.

Harvard Business School professor Marco Iansiti shares five pieces of advice for leaders charged with capitalizing on and managing the risks of artificial intelligence-fueled change. Put these on your radar