The pandemic has pushed disruptive trends into overdrive. Legacy organizations are vulnerable to disruption - but can use their advantages to fuel innovation efforts 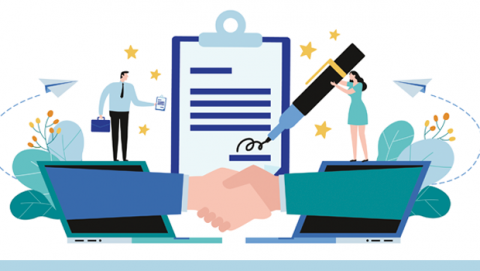 The famed science fiction writer William Gibson once said, “The future is here - it’s just not evenly distributed yet.”

We are witnessing today the most accelerated and disruptive distribution of the future in modern history. And it is shaking every legacy business to its core. The pandemic has pushed disruptive trends like online shopping for groceries, virtual doctor appointments, and remote work into overdrive. In the UK, online shopping grocery sales grew by 91 percent in June 2020, and Whole Foods stores across the U.S. converted to "dark stores," fulfilling online orders.

A fraction of workers is going to the office as compared to in 2019. Public transportation and airline systems are deserted and bleeding cash. Apple recently released a watch that can track a growing array of health indicators, pushing us toward an onrushing era of self-directed medicine.

The winners and losers from this shift have already come into focus. Amazon stands poised to control a huge swath of the global economy, with Walmart trailing close behind. Every clothing retailer dependent on foot traffic is at risk of bankruptcy. In the United States, hospitals stand on the brink of bankruptcy as the old business model of high profit for elective care has gone up in smoke. The transportation and hospitality industry stands at the precipice as people stay at home more, fly less, and opt to drive rather than use public transport. People go to the doctor only when they must, and insurance companies have accelerated the adoption of telemedicine.

No going back to a slower development pace

Yes, the pendulum may swing back, but the Rubicon has been crossed. You can’t put these trends back in the bottle.

The difference is these shifts happened in a mere six months – a blink of the eye for large corporations that often have product cycles measured in multiple years. What we have long known is that you can’t return to a slower pace of development; once the required metabolism is increased, that becomes table stakes for corporate survival.

Legacy companies tend to be slow to respond to disruptive innovations. There are various reasons for this, including the pressing need to keep generating large revenues from existing products. But they urgently need to up their innovation game. The average duration of membership in the Standard & Poor’s 500 index of the U.S.’s 500 largest publicly traded companies has fallen dramatically, with predictions that over 30 firms are at risk of being replaced. This year has also seen heavyweights Exxon-Mobil, Pfizer, and Raytheon Technologies dropped from the Dow Jones Industrial Average, with Salesforce continuing to move up the ranks.

I don’t think there can be a more compelling indication of the importance of innovation for their survival than that.

Legacy organizations are vulnerable to disruption in a number of ways, particularly through their established processes and products. Instances in which disruption has defeated them, and even whole industries, abound – and the list is getting longer.

The good news, however, is that any company can become an innovator. The key is making the right changes, embracing new tactics, and most importantly, unleashing the power of their people to think more broadly, act more ambitiously, and dream more wildly. Legacy companies have many advantages, and those that make them a cornerstone of their innovation efforts will have a leg up.

To survive as a legacy enterprise, organizations need to capitalize on existing strengths to blaze new paths and offer greater value.

Use the size of your distribution networks and channels, alongside your production expertise, to bring in valuable external partners. For example, when Anheuser-Busch InBev (ABInBev) realized that microbrews were overtaking established beer brands, it bought stakes in a number of microbrew brands. In exchange, it plugged them into its national distribution channels and offered them its production expertise. ABInBev became so fluent in the microbrew market that it has successfully launched several of its own brands.

Use the advantage of your deeper pockets to identify and exploit new opportunities while continuing with business as usual. Amazon has disrupted itself several times with innovations. Two of those innovations – the cloud computing and advertising businesses – will probably be the most profitable part of Jeff Bezos’s empire. Amazon was able to do this without slowing down any of its retail operations by giving its internal startups the room to innovate, the funding to grow, and the sponsorship to avoid being crippled by legacy business units.

Other examples include NextEra energy improving its growth prospects by turning its focus to renewables without disrupting its legacy business. And take Patagonia's bold initiative on Black Friday, running a punchy ad in The New York Times, actively telling people not to buy its best-selling jacket. This unlocked a sustainable revenue stream focused on the reuse and resale of high-end clothing that is still growing a decade on.

3. Create and empower a diverse workforce to incubate ideas

Exponential innovation is not the sole domain of nerds and geeks. In fact, according to Steve Jobs, it is “technology married with the liberal arts,” which provides the winning combination. Look across the workforce of all the major innovators – Apple, Logitech, Alibaba, and YouTube, to name but a few - and you’ll find this diversity of perspective all the way up to C-Suite. At Logitech, this approach allowed the company to pivot to a design focus, using expertise in both technology and "humanity" to combine Logitech’s impeccable product engineering with elegant, human-centered design. Its share price has risen by 450 percent as a result.

4. Mine data from a vast customer base

A startup can’t get feedback from a large base of users or customers, while you can use your data-gathering strength to accelerate innovation. For example, Sainsbury’s is one of the UK’s largest supermarkets, and with 27 million customers, is a top placement option for grocery brands. Its internal innovation team, Future Brands, identifies and recruits new brands for its shelves. In return, it asks for a period of exclusivity in their supermarket distribution. Future Brands’ Taste of the Future program gives Sainsbury’s customers the chance to try 30 products and analyzes what they buy. The supermarket uses its sales data to nurture startup brands as it brings better-selling items to its customers.

An organization’s ability to forgo rigid structures, embrace change in how people work and think, and mobilize its advantages as a legacy brand will make it more agile and less fragile as disruption grows more fierce and widespread.

Wadhwa and Amla explore these examples and more in their new book From Incremental to Exponential: How Large Companies Can See the Future and Rethink Innovation. 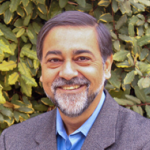 Vivek Wadhwa is a Distinguished Fellow at Harvard Law School. He has researched and taught technology development and innovation for more than a decade at leading universities such as Stanford, Duke, Harvard and Carnegie Mellon.
More about me 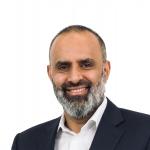 Ismail Amla is Capita’s Chief Growth Officer. He is responsible for overseeing its innovation and transformation efforts globally.
More about me