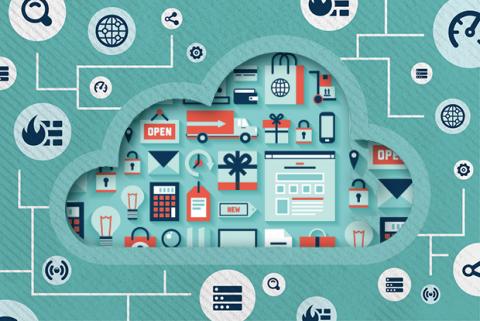 77 percent of IT leaders plan to ramp up their use of open source over the next 12 months.

This pace of change is particularly eye-opening in a world where enterprise IT has historically moved fairly slowly. For example, the relative usage of enterprise open source and proprietary software is expected to more or less flip over the next two years, as enterprise open source grows from today’s 36 percent to 44 percent. That’s a big shift over a relatively short period of time. (Community open source is also expected to grow over the same period but at a more modest pace – increasing from 19 percent to 21 percent.)

When open source software first came onto the enterprise IT scene, its main attraction was often that it was cheaper than its proprietary competition. It entered the market at the low end where the more sophisticated (at the time) features of established software offerings weren’t as important. However, over time, the open source development model has allowed open source to grow its capabilities in the classic manner of the disruptive innovation model, first described by the late Harvard Business School professor Clayton Christensen.

However, the IT leaders surveyed also highlight many other benefits of enterprise open source:

Rachel Moorehead, executive director of infrastructure and operations at the University of Alabama Birmingham, puts it this way: “Enterprise open source technologies bring a higher level of security and support to our deployments, allowing us to free up time for continual innovation towards student success and research administrations DevOps.”

Rising use of containers and cloud-native apps

56 percent expect to increase their container usage over the next 12 months.

Enterprises expect to adopt many of these new technologies extremely quickly compared to the rate at which most new technologies have been picked up in the past; 56 percent expect to increase their container usage over the next 12 months.

That said, one of the most interesting new topics in this year’s survey regarded how enterprises are handling legacy applications. Enterprises are indeed bringing in new technologies fairly rapidly. Applications that are either adapted for cloud environments (cloud-enabled) or written specifically for them (cloud-native ) already make up 61 percent of the application portfolio mix.

However, the IT leaders interviewed plan to take a broad spectrum of approaches to the 39 percent of applications in the legacy bucket.

In spite of the plurality of their existing applications being either cloud-enabled or cloud-native, respondents say they are mostly not planning to take the same approach with their legacy applications. Only 14 percent plan to re-architect as cloud-native while another 16 percent plan to re-architect as cloud-enabled. (Another 17 percent do plan some sort of more measured update or modernization.)

[ Learn the do’s and don’ts of multi-cloud: Get the free eBook, Multi-Cloud Portability for Dummies. ]

But almost as many, a total of 47 percent, of these legacy applications aren’t going to be touched in any significant way over the next two years. In about a third of the cases, the application will simply be turned off, while two-thirds will continue to operate as is.

A thoughtful embrace of hybrid cloud

The takeaway: Enterprises have a healthy appetite for embracing new hybrid cloud technologies. But they’re doing so thoughtfully. New applications and re-factored legacy applications are going cloud-native where and when it makes sense. But other applications are being designed more traditionally, and in those cases where the applications already exist and are doing their job, they’re often just being left in place.

Overall, though, the survey paints a picture of change. Enterprise open source continues to rise in prominence, even from last year’s relatively high baseline. IT leaders report its widespread use, even in areas that businesses see as critical, such as security, databases, cloud, and data analytics. It underpins important technologies such as containers and cloud: In fact, 83 percent said that enterprise open source is instrumental to their organizations’ abilities to take advantage of cloud architectures.