What is natural language processing (NLP)? How does it differ from AI? Let’s discuss this branch of artificial intelligence in plain terms and look at problems it can solve 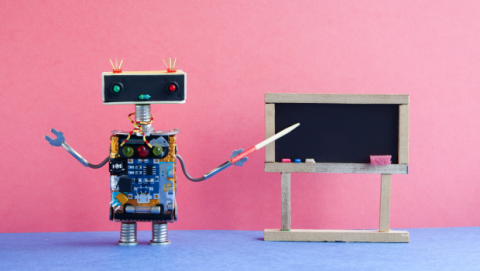 How often do you now casually converse with a black (or white) box of some sort? Natural language processing (NLP) has become an integral part of our daily lives: Whether we’re asking our smartphone for directions or engaging with Alexa or Google, NLP and its sub-categories are hard at work behind the scenes, translating our voice or text input and (hopefully) providing an appropriate voice or text output.

But what is NLP, and how does it relate to artificial intelligence (AI) in general? The distinctions are important, as NLP has just as much, if not more, value in the enterprise as it has in our personal lives.

With AI, computers can learn to accomplish a task without ever being explicitly programmed to do so.

Let’s start with AI, the broader category under which NLP and a number of other flavors of machine-based intelligence reside. “AI is the use of intricate logic or advanced analytical methods to perform simple tasks at greater scale in ways that mean we can do more at large scale with the workers we have, allowing them to focus on what humans are best at, like handling complex exceptions or demonstrating sympathy,” says Whit Andrews, vice president and distinguished analyst with Gartner.

AI is essentially some computerized simulation of human intelligence, says Zachary Jarvinen, head of technology strategy, AI and analytics at OpenText, that can be programmed to make decisions, carry out specific tasks, and learn from the results.

With AI, computers can learn to accomplish a task without ever being explicitly programmed to do so, says Timothy Havens, the William and Gloria Jackson Associate Professor of Computer Systems in the College of Computing at Michigan Technological University and director of the Institute of Computing and Cybersystems.

For those who prefer analogies, Havens likens the way AI works to learning to ride a bike: “You don’t tell a child to move their left foot in a circle on the left pedal in the forward direction while moving your right foot in a circle… You give them a push and tell them to keep the bike upright and pointed forward: the overall objective. They fall a few times, honing their skills each time they fail. That’s AI in a nutshell.”

When you take AI and focus it on human linguistics, you get NLP.

“NLP makes it possible for humans to talk to machines:” This branch of AI enables computers to understand, interpret, and manipulate human language.

Like machine learning or deep learning, NLP is a subset of AI. But when exactly does AI become NLP? SAS offers a clear and basic explanation of the term: “Natural language processing makes it possible for humans to talk to machines.” It’s the branch of AI that enables computers to understand, interpret, and manipulate human language.

NLP itself has a number of subsets, including natural language understanding (NLU), which refers to machine reading comprehension, and natural language generation (NLG), which can transform data into human words. But, says Wayne Butterfield, director of cognitive automation and innovation at ISG, “the premise is the same: Understand language and sew something on the back of that understanding.”

Natural language processing makes it possible for computers to extract keywords and phrases, understand the intent of language, translate that to another language, or generate a response.

NLP has its roots in linguistics, where it emerged to enable computers to literally process natural language, explains Anil Vijayan, vice president at Everest Group. “Over the course of time, it evolved from rule-based to machine-learning infused approaches, thus overlapping with AI.”

In addition to techniques derived from the field of computational linguistics, NLP (which may also be referred to as speech recognition in some contexts) might employ both machine learning and deep learning methodologies in order to effectively ingest and process unstructured speech and text datasets, says JP Baritugo, director at business transformation and outsourcing consultancy Pace Harmon.

What does NLP look like in action? Let’s look at some of the problems it can solve: