Digital transformation: 3 ways to lure the technical talent you need

Staffing your digital transformation is an enormous challenge. Consider making changes in these three areas to attract your new digital dream team 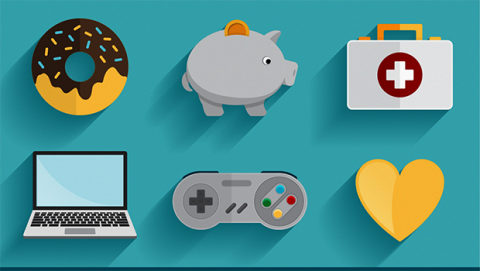 The biggest reason most digital programs stall is not for lack of technology, lack of know-how, or even lack of funds. It’s a lack of talent, plain and simple. Getting enough people with the right skills is the defining challenge for companies today.

That’s because there is not nearly enough high-caliber talent to satisfy demand. The United States is short a quarter million data scientists, to name just one example. And if you’re based in a second-tier city and aren’t a digital-native company, chances are you aren’t on the top of any employer wish list for today's digital stars.

[ What kinds of talent are in demand this year? Read also: IT career goals 2020: Most-wanted technology and core skills. ]

This is one problem you need to grapple with right away. While reskilling the talent you have will also be important, hiring new talent with core digital skills is essential. Unless you get the talent you need, your digital transformation will never get out of first gear.

Here are three actions we uncovered in researching our book Fast Times: How Digital Winners Set Direction, Learn, and Adapt that can help you solve the talent conundrum.

1. Pay up for the talent you need

A digital transformation requires an array of new skills that are unlikely to be part of the bench talent in an incumbent organization. While it might be tempting to simply outsource these skills, you need to stop and rethink your priorities. The more digital your company becomes, the more valuable your digital assets are. While outsourcing still has a role, it’s a profound mistake to put your most treasured assets in someone else’s hand. Besides, a digital workplace requires more flexibility and on-site engagement than most vendors can provide.

While outsourcing still has a role, it’s a profound mistake to put your most treasured assets in someone else’s hand.

Attracting top-flight digital talent is a major challenge, but it’s not one you can afford to spend months or years trying to solve. The quickest, and ultimately the most cost efficient, way to get there is to identify a core dream team and do whatever it takes to get them in the door. You will probably pay a hefty premium for these rock stars, but if you find the right team, they will more than pay for themselves. A core of exceptional talent acts as a nucleus that will attract others and ignite change. Successful digital companies know this; according to a recent McKinsey survey, they spend 30 percent of their M&A budgets to acquire digital capabilities, compared to just 24 percent for other companies.

We know of one large retailer that identified a team of 11 people at a leading tech firm that it wanted to use as its nucleus. It paid a 100 percent premium to lure them away — but the next 50 recruits, eager to work with the first big-name hires, came for a more modest 20 percent premium. In less than nine months, the team had generated $1.4 billion in additional annual revenue, a massive payoff. As Red Adair, the famed engineer who built a career around capping oil-well blowouts, said, “If you think it’s expensive to hire a professional to do the job, wait until you hire an amateur.”

Most traditional HR functions are uniquely unsuited to the digital age. They don’t move fast enough, they can’t handle the volume, and in many cases, they aren’t familiar with roles like agile coach and product owner. Miguel Pena, the vice chairman of Naranja, an Argentinian bank, told us that many potential recruits don’t even want to talk to HR reps because they don’t believe HR has a clue about digital culture.

In particular, you need to rebuild your recruiting function from the ground up. A digital war room is a good place to start. Your war room should have sponsorship from the top of the organization to give it the clout it needs to break the rules, plus a dedicated recruiting team that immerses itself in digital culture. The war room team should work closely with experts across the business to understand their needs and involve them in the hiring process as they mine new sources of talent.

[ How does your talent strategy measure up? Download the Harvard Business Review Analytic Services report: IT Talent Strategy: New Tactics for a New Era. ]

One large U.S. agricultural company used its war room to completely reinvent the hiring process, whisking candidates through screenings and interviews, reducing the time to make a hiring decision from months to days. Hiring managers cultivated priority candidates, walking them around the floor to meet teams and leaders, including the CEO, who made a point of sharing his vision. The result: The company staffed an entire skunkworks in less than six months and rolled out a new product after just four months.

3. Create a value proposition that resonates with digital employees

If you want to attract top digital talent, you need to give recruits what they value most. It isn’t just money. A RiseSmart study found that 84 percent of employees would consider moving to an employer with a fantastic reputation — even without a big bump in salary. If data scientists are a key target, for example, you’ll want an EVP that promises opportunities to innovate and invent; offers clear and rapid career progression; and helps them have impact in the organization.

Other elements that digital stars cherish:

Staffing your digital program is an enormous challenge, and the numbers are definitely against you. But by putting in the effort to figure out the roles you need and making your organization attractive enough to get your initial dream team in place, you can kick start change that will reverberate throughout the organization. It’s the spark that will ignite the culture change you need.

[ How does your talent strategy measure up? Download the Harvard Business Review Analytic Services report: IT Talent Strategy: New Tactics for a New Era. ] 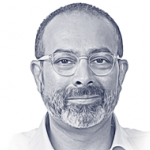 Arun Arora, partner at McKinsey & Company, has more than twenty-five years of experience managing operations for US-based and multinational companies and has held various operational and leadership positions with industry leaders including Apple, Sun Microsystems, 3M, Groupon, Staples, and Sears.
More about me 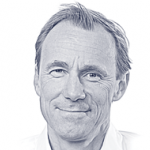 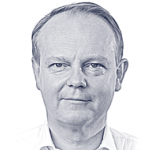 Klemens Hjartar, senior partner at McKinsey & Company, is the global leader of McKinsey Digital in the telecommunications, media, and technology sectors and in Western Europe., dealing with legacy IT architectures, and putting agile organizations in place.
More about me 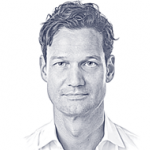 Florian Wunderlich, senior partner at McKinsey & Company, is one of the global leaders of McKinsey’s work in large-scale digital transformations and is a cofounder of Leap by McKinsey, which helps large enterprises build new businesses.
More about me