If your team is building apps for containers and Kubernetes, get to know Minikube. This free open source tool helps developers do experiments and packs a punch in demonstrations 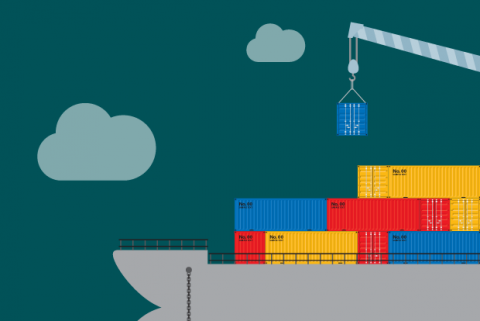 Minikube is an open source tool that enables you to run a single-node Kubernetes cluster on a laptop. To think of it another way, it takes the grand scale of Kubernetes and slims it down to fit run locally in a virtual machine, no cloud or on-premises data center required.

Don’t let the “mini” fool you: Minikube packs a punch.

So if it's a “lite” version of Kubernetes at large, what’s the point? Why use it?

There are plenty of reasons, from training to development to testing and more. So don’t let the “mini” fool you: Minikube packs a punch.

For starters, while running Minikube locally might limit you to a single-node cluster, you’re not sacrificing too much in the way of functionality. Minikube supports significant Kubernetes features such as DNS, NodePorts, ConfigMaps and Secrets, Dashboards, the Docker, CRI-O and containerd runtimes, Ingress, and Container Networking Interface (CNI). And Minikube’s add-ons and extensibility – more on these below – further betray the “mini” in Minikube. It’s plenty powerful for its intended use, which is to run a Kubernetes cluster locally. It’s the scope that is downsized more than the functionality.

With that in mind, let’s look at six more things IT leaders and practitioners should know about Minikube:

1. Minikube can help you make the case for Kubernetes

“Minikube is a great way for some IT decision-makers to get a ‘lab’ experience.”

“Technical leaders in IT are always on point to make the base case for meaningful change enabled by the injection of relevant technologies,” says E.G. Nadhan, Red Hat chief architect and strategist, North America Commercial. “When doing so, they are required to do this for a wide spectrum of leadership personalities.”

In other words, some of them want to dive deeper than others with Kubernetes technology. “Minikube is a great way for some IT decision-makers to get a ‘lab’ experience – especially if it is done in the context of business outcomes that matter to the enterprise,“ Nadhan says.

If you’re struggling to help leaders at varying levels of the organization grasp what Kubernetes could do to speed progress toward business goals, Minikube on a laptop could help you make that case. “Minikube is a great example of how technology can influence the mindset – one leader at a time,” Nadhan says.

Did we mention Minikube is free?

2. Minikube is free and relatively easy to start using

Kubernetes has developed a reputation for a steep learning curve, particularly when you’re talking about running it in production. By definition and design, however, it’s relatively simple to get a cluster up and running locally with Minikube.

It’s a free download that can run on any of the major OSes, and the official Kubernetes documentation has clean instructions for installing Minikube, as well as a tutorial for creating a Hello World app to start getting some hands-on practice. If you’re using an RHEL/Fedora/CentOS workstation, our sibling site Opensource.com has a step-by-step guide on getting started with Minikube tailored specifically for you.

3. Minikube is especially good for developers

While anyone can use Minikube, it’s a particularly good fit for developers, for all manner of purposes, from hands-on learning about Kubernetes to testing and day-to-day development work.

Minikube can be especially valuable for developers and teams that are just beginning to kick the tires on Kubernetes.

“Minikube is great for developers to try something locally,” says Tom Manville, engineering lead at Kasten. Manville notes that you shouldn’t try to run Minikube in a production environment. It simply wasn’t intended as a tool for managing a production cluster, so to try doing so would be sort of like using a screwdriver to hammer a nail.

Again, it offers a low barrier to entry: Minikube puts a slimmed-down version Kubernetes on your local machine, without much in the way of cost or pain. This can be especially valuable for developers and teams that are just beginning to kick the tires on Kubernetes. You don’t even need to spin up a new environment, just a VM running locally.

[ Get ideas for how to use the tool on your team: Minikube: 5 ways IT teams can use it. ]

“Developers who wish to quickly start learning Kubernetes, without having to invest in or utilize a multi-node Kubernetes cluster on-premises or [in a] cloud, can use Minikube as a first step,” says Raghu Kishore Vempati, director of technology, research, and innovation at Altran. “Minikube powers the capability of a Kubernetes cluster to run in a single box with limited resources.”