The most high-functioning virtual teams don't rely on the same teamwork strategies used by in-person teams. Consider these remote-first tips to boost your team's productivity 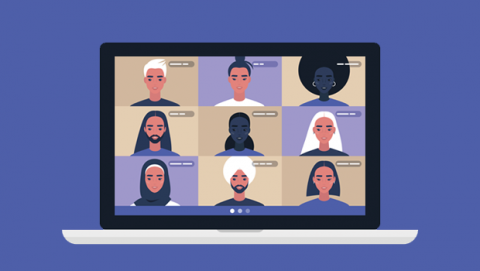 What’s your mental picture of a great team?

Maybe your brain goes to the sports world: the late-90s Yankees or the Detroit Red Wings’ Russian Five? Or out to space: the unflappable astronauts and mission control who brought Apollo 13 home safely? Or maybe films where the teams you admire all reside: Ronin, Ocean’s Eleven, or some Fast and Furious permutation?

Now picture a great virtual team – a truly virtual one.

Not an assortment of cinematic criminals planning an elaborate robbery from a bunch of different picturesque European cities; not astronauts crammed into a claustrophobic metal tube debating a room full of engineers thousands of miles below them.

Think about an extraordinary team that never gets together.

Hard to picture, right? The truth is, so many of our teamwork models are based on teams that interact in person, at least some of the time. And that’s what gums up the works when we try to work well virtually. We’re taking in-person strategies and kludging them into the virtual world - a world many of us now reside in due to the effects of the pandemic.

[ Want more advice on leading remote teams? Read also How to lead in the age of newly remote teams. ]

The good news: High-functioning virtual teams are already out there. You just don’t see them because they’re … virtual! Maybe you’re lucky enough to even be on one or two.

These teams have made their own rules – some of which are uniquely suited to the virtual world, others of which any team would do well to emulate.

What are these high-functioning virtual teams doing right? Five things:

In virtual work, there’s a pervasive myth of constant collaboration – everyone working together all the time, like factory workers in an Industrial-Revolution-era assembly line. As anyone who’s tried to do this can attest, in virtual space this is exhausting, and you can end up with rational adults behaving like kids in the backseat of a station wagon on an overlong road trip. (Leaders find themselves uttering the business equivalent of “Stop hitting your brother!”)

High-functioning virtual teams spend a great deal of working time apart, giving each other time and space to problem-solve.

In reality, high-functioning virtual teams spend a great deal of working time apart, giving each other time and space to problem-solve. When problems can’t be solved singly, these teams come together in bursts to work on an issue in shared files, and then move back to solo parallel work afterwards.

As hard as it is to work with a diva or a blowhard in physical reality, in virtual collaboration it’s a million times harder. Epic-length emails, refusal to cede the floor on conference or video calls, and emotional blowups/meltdowns cannibalize true communication and prevent the team from connecting in any meaningful way. Members of high-functioning virtual teams excel at what can feel like a rare business skill: They are good at shutting the heck up and letting others speak. Strong virtual teams may even have what sounds like moments of uncomfortable silence on calls – where multiple people are deferring to others to speak.

3. They agree on a limited collaboration tech toolkit and pivot down in emergencies

We work today in an environment rich with collaboration tools – we are truly spoiled for choice. But just like you’d feel sick if you ate every dish on an elaborate buffet, teams cannot work effectively across an overly broad array of collaboration platforms.

Choosing a concise, well-defined set of tools – with which all team members are either already comfortable or willing to learn by doing – makes the work the focus, not the tech.

It’s important to instigate inclusive conversations on this subject. For instance, don’t assume that older workers are unfamiliar with of-the-moment platforms, or that younger workers are. And when tech disappoints – which it inevitably will – the best virtual teams are unafraid to pivot temporarily to simpler methods to get work done without excess fuss or noise.

When tech fails, the best virtual teams are unafraid to pivot temporarily to simpler methods to get work done without excess fuss or noise.

A team I worked on recently had a catastrophic failure with a shared document platform – so for a few days leading up to a milestone meeting, we emailed documents with version numbers. It felt old-school – like putting on a pair of quad roller skates – but it meant we spent our time on the client’s key concerns, not on endless rounds of “Are you seeing the changes on slide 49 that I’m seeing?”

4. They embrace almost cartoonishly well-defined roles (but no one is shy about asking for "stretch moments")

One great myth of modern teams – in the physical or virtual world – is that a fluid team means everyone on the team can do any job at any moment.

Why doesn’t this work? Well, picture a superhero movie where every superhero has the same array of powers – instead of fighting the villain, they’d spend all their time discussing who should turn invisible, who should trigger an earthquake, who should throw fireballs, etc. The city would be destroyed by the time they figured it out.

When teams know each other’s roles well (and those roles are crisp and clear), a minimum of time is spent on back and forth on who does what, and the time that’s freed up is allocated to the critical question of what gets done and how.

That said, on great virtual teams, people are comfortable vocalizing when they’d like to volunteer for an opportunity seemingly out of their wheelhouse. On these teams, respect for both expertise and learning co-exist peacefully.

5. They handle each other's lives gracefully

Unlike teams that are co-located during working hours, virtual teams don’t have a sharp work-life divide to create a workspace with common rules.

Strong virtual teams operate with mutual respect for each individual’s “life rules” – whatever they might be. One team member might not call or email during his kids’ bedtime; an older team member might use quiet Sundays to catch up on email; a Gen Z team member might be hyper-responsive on all collaboration channels at all times of the day and night.

On a high-functioning virtual team, these individual rhythms are all embraced – and no one believes another’s rhythm dictates their own. The orchestra plays together elegantly – across work and life alike.

[ What can you learn from companies that are almost fully remote? Read Remote work: Lessons from a remote-first company. ] 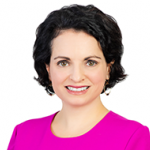 Ron,
Nice article, thanks for sharing.