8 IT jobs in flux

IT leaders discuss the roles that are most in flux today: These IT jobs are misunderstood, undergoing rapid change, or in some cases, on their way out 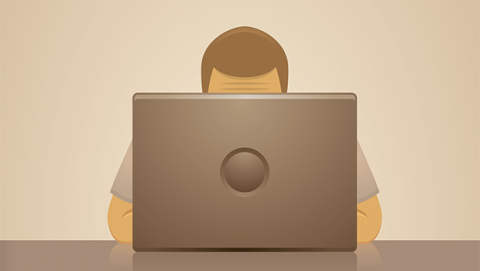 If there’s one universal piece of advice for IT professionals, it’s “don’t get too comfortable.” The role or project you were hired for may quickly evolve or even become obsolete as the technology landscape changes. Your important title, such as scrum master or agile team lead, may lose its prestige if your organization someday gives up on agile practices.

In the ever-evolving IT industry, it’s up to individuals to stay adaptable. It’s also up to leaders to help each person on the team recognize the value they bring to the organization outside of their job description – and to reallocate, re-organize, and re-imagine talent as appropriate.

[ Which IT jobs will position you well for the future? Read also: 5 flourishing and 5 fading IT careers. ]

We asked IT leaders to share the roles that are most in flux today – positions that are misunderstood, seeing rapid change, or in some cases, on their way to becoming obsolete. Read on for eight IT jobs that show up here:

If you want to identify individuals in flux in your organization, don’t focus on titles alone, says Rob Hernandez, CTO of Nebulaworks. Instead, look at the value specific roles are bringing to the organization – including those at the top.

These individuals are so high in the stratosphere that they are unable to provide solutions that impact the business.

“Consider individuals who are so high in the stratosphere that they are unable to provide solutions that impact or are relevant to the business,” says Hernandez. “These individuals are sometimes referred to as Architect Astronauts. If their value to the business does not result in something tangible, then its cause for concern. Especially if these ‘astronauts’ cannot actually engineer and execute on the work themselves. Have they been in space too long?”

In the IT industry, the disruption of some roles is less about positions becoming obsolete, and more so about positions continuously changing, says Tal Weiss, co-founder and CTO of OverOps. Leaders must prepare their teams for these changes.

Software developers and DevOps teams are retooling their skill sets to leverage coding and APIs .

The rise of platforms such as  Kubernetes and the pluggability of CI/CD platforms such as Jenkins speak "to the rising power and importance of APIs and coding as it relates to the future of IT,” says Weiss. IT and Ops leaders should ensure software developers and DevOps teams are retooling their skill sets to leverage coding and APIs as first class choices within their tool belt, he says.

As machine learning and automation continue to improve, some IT organizations may consider reallocating or re-imagining classic IT roles, from line support to developers, says Jarek Wawro, head of Poland Technology Center at Altimetrik.

Here’s what Wawro sees for the future of these roles:

Machine learning tools can understand the context of problems reported in support tickets.

L1 and L2 support specialists: “With the advent of advanced machine learning techniques, especially around NLP (Natural Language Processing), we’re seeing a growing [amount] of work formerly done by first, or even second line support engineers, being taken over by bots and machine learning models. These models can ‘understand’ the context of problems reported in the tickets, triage them, provide self-service resolutions, or route to highly technical support engineers in rare cases. For many companies, this is a huge benefit, not only as it cuts a significant portion of maintenance expense, but also provides immediate response time and increases customer experience,” says Wawro.

“Being a job that depends a lot on comparing two states, it seems a perfect fit for automation," Wawro says. "Whether smoke testing, sanity testing, or even visual testing, there are several existing frameworks that do a great job in picking up even the most sophisticated software bugs, and can even provide potential solutions for them. The technology that can perform elaborate end-to-end, multi-device, cloud-native testing already exists, but the leap that enterprises need to make is more of a psychological nature – for instance, how much are we willing to trust our automatic QA before we put our products in front of customers? The answer to this question is of course industry specific as there is a different weight of potential failure in e-commerce vs. healthcare, for example, but I believe we will inevitably get there in the near future,” says Wawro.

Let's look at four more IT roles in flux: