Understanding how to cultivate optimism in the midst of crisis can enable IT leaders and their teams to not only weather tumult but come out better for it. Try these strategies 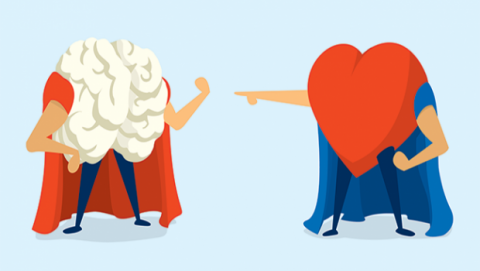 "Optimism isn’t a passive expectation that things will get better," Melinda Gates once said. "It’s a conviction that we can make things better."

"Optimists have setbacks and disappointments, but they have the emotional skill to go back and back again in the face of them."

As a facet of emotional intelligence, optimism is not a “glass half full” or “rose-colored glasses” approach to life. “It’s a life strategy that involves a way of sensing new opportunities, seeing over the horizon, and developing deep emotional courage and resilience in the face of setbacks,” says Martyn Newman, a clinical psychologist and founder of leadership consultancy RocheMartin, who helps individual leaders and corporations increase emotional intelligence. ”It’s far from being naïve or having a Pollyanna-ish view of the world. Optimists have setbacks and disappointments, but they have the emotional skill to go back and back again in the face of them.”

Optimism, then, is of particular value during times of great disruption and major change. Understanding how to cultivate this mindset in the midst of crisis can enable IT leaders and their teams to not only weather tumult but come out the better for it.

First, it’s helpful to understand what optimism is. Newman of RocheMartin breaks it down into three components:

It is possible to build the emotional skill of optimism right now. And during trying times, it can deliver the greatest benefits for IT leaders and their organizations. “Optimism is developed by the way you talk to yourself inside your head. Optimists see problems as temporary and controllable and linked to specific situations rather than permanent or intractable,” Newman says. “You can learn to change your mindset. How you interpret an event is under your control.”

1. Look for the benefit

“Most people tend to spend too much time thinking about what goes wrong in their lives and not nearly enough time considering what goes right,” Newman says. Even in the most difficult circumstances, there can be benefits.

For example, when someone loses a job, they may see new opportunities unfolding. During a global pandemic, optimists may focus on what they do have: their family, their friends, their health. “When doors close, they choose to put a positive spin on it and consider what doors are open,” Newman says. “Optimists limit the damage by containing the disappointment or setback and refusing to let it become pervasive.”

They cultivate an attitude of gratitude for the strengths, skills, resources, and people they do have. It’s an approach that takes courage in the midst of upheaval, Newman says.

“After an important event both the winners and the losers go over what happened,” says Newman. Almost inevitably losers will rehash the mistakes they made or the price they had to pay.

“Optimists, by contrast, think positively about themselves and the lessons they learned,” Newman says. “This frees you from a preoccupation with being stuck in the past and recasts the experience as a positive force generating new ways of improving performance in the future.”

"As a leader, one of the most important contributions you’ll make is to remember to be the bearer of good news."

IT leaders can train themselves to respond to negative situations with thoughts of what can be learned that will make them better the next time they face a similar difficulty. They can also review what they did well with plans, with an eye to repeating those actions in the future.

This can also be applied within teams and across the IT organization. "As a leader, one of the most important contributions you’ll make is to remember to be the bearer of good news,” Newman says. “Show up and redirect people’s attention on the tasks that are done well and the opportunities that are yet still to be responded to.”

[ Are you leading through change? Get the free eBook, Organize for Innovation. ]

3. Focus on the task

Once you hit a roadblock (or worse) some overwhelming emotions can take hold: fear, anger, disappointment. Those can end up paralyzing a person and thereby limit their choices for moving forward. “Optimists instead focus on the tasks that need to be completed to change a situation and move it forward,” says Newman.

So how do you let go of the emotions that keep you locked into negative thinking and past experiences? First, says Newman, you must view the problem as a temporary setback rather than a permanent condition. You can also change the semantics of it from a problem you’re facing to a challenge you’re responding to. Then it can be a bit easier to look for the immediate tasks that can be done to improve the situation.

“When you experience a disappointment of any kind, it’s a natural reaction to be stunned emotionally – to be hurt, let down, discouraged. But it’s important not to take things too personally,” Newman says. “If you’re able to say every experience is a valuable experience, if you view it as an opportunity for growth and self-mastery, that can help you to control your emotions and enable you to see the potential of changing your circumstances.”

[ Read also: 3 mindfulness exercises to try when you feel overwhelmed. ]