Are you investigating or trying to get started with Robotic Process Automation (RPA) software? Let's look at what it is, what it isn't, what problems it can solve, and what's next 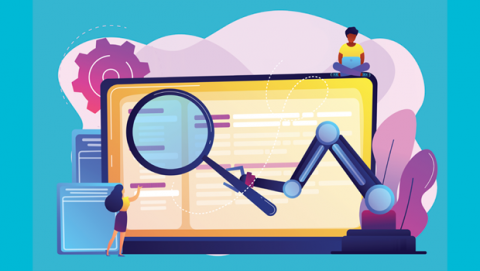 This year, the Robotic Process Automation (RPA) market is predicted to hit $2.5 billion, having grown at a compound annual growth rate of between 70 and 80 percent over two years, according to a report produced by the Everest Group. There could be some 2.5 million robotic desktop automation (RDA) bots running on desktops and between 700,000 and 800,000 RPA robots on cloud and on-premise servers, Everest’s data says.

Although RPA usage is expanding across industries, geographies, and organizational sizes, many RPA buyers are still in the earliest stages of research or adoption. For those just starting with RPA, there are a number of key concepts that are helpful to understand. Let’s delve into eight:

1. RPA is software that replicates what humans do

As we explained in our RPA in plain English primer, “RPA automates everyday processes that once required human action – often a great deal of it performed in rote, time-consuming fashion.” The software, often referred to as a bot, replicates how the human would interact with an application or system and then automates that task.

“An RPA bot typically performs the automated tasks the same way a human would – i.e., logging into systems with an ID, entering data, gathering output or results, performing rule-based tasks, and so on,” explains Siddhartha Sharad, director at consultancy Pace Harmon.

Here are five ways to define RPA in plain English:

2. RPA on its own is not intelligent

“RPA is a deterministic solution, the outcome of which is known; used mostly for transactional activities and standardized processes,” according to an RPA primer from Everest Group, which also notes that RPA can process structured and some semi-structured data.

Some common RPA use cases include order processing, financial report generation, IT support such as password resets and database maintenance, and data aggregation and reconciliation.

3. Multiple bots are required to automate tasks across a process life cycle

“For example,” Sharad explains, “one bot may automate order entry tasks, while another bot may work on initiating a purchase order to the supplier.”

4. RPA can circumvent traditional IT challenges

One of the major benefits is that it can automate labor-intensive tasks without the need to make changes to existing systems. Everest Group notes that this non-invasive, user-interface-based approach is particularly attractive for processes involving multiple legacy applications. RPA can also prove useful for security tasks.

Let’s look at four more key RPA concepts. First, do you need development skills to use it?