DevOps engineer: IT's most in-demand title for the future

Have concerns about using the term "DevOps" in job titles in the years to come? Get over it. Spend your time using the DevOps engineer title to help achieve important outcomes

It wasn’t long ago that the job title "DevOps engineer" didn’t exist: But like many things in technology, radical change can happen in flash. Within the past few years the title has grown rapidly in popularity – with LinkedIn declaring it one of the most-recruited roles in 2018 – and 51 percent of respondents to the Upskilling 2020: Enterprise DevOps Skills Report saying they had recently hired or plan to hire someone for that title.

But does the title “DevOps engineer” have staying power? Will it be the must-have title within IT in years to come? Should technology organizations be planning to add this role to their roster in 2021? And why is a job title in technology worth debating anyway?

The trouble with IT and DevOps jobs titles

First, let’s explore why technology employees often put a lot of stock into their job titles.

I admit that at the beginning of my IT career, my perception of a job title was extremely important. Here’s a quick personal story that underscores the importance (or lack thereof) of job titles in IT.

After graduating with a Master of Science in Computer Information Systems and a minor in Computer Science, I landed a great job as a software engineer in one of the business units at a large technology company. Before starting, I took a few months to travel the world. On my first day, the hiring manager took me aside and told me the job I was hired for no longer existed because the software team had given up on the development of the product. However, they had found something else for me to do. I was disappointed, but as a German optimist, I was eager to understand my new assignment. The new assignment was to help the finance team reengineer some applications.

Me a programmer? I was hired as a software engineer and not a programmer! That title just did not sound important enough to me.

Shortly after that conversation, on my way to the coffee station, a gentleman greeted me with the words, “Hello to my new programmer.” I was shocked! Me a programmer? I was hired as a software engineer and not a programmer! That title just did not sound important enough to me. But ultimately, I loved the job and the team. It was an opportunity to learn and hone my skills.

Since then, titles do not matter to me anymore. But, titles do matter when industries are going through major transformations.

I have been following the DevOps transformation as an industry analyst since its beginning. Today’s usage of the DevOps methodology is at 74 percent (aside complementary methodologies) with enterprise wide adoption of 24 percent and project (or multiple project) adoption at 42 percent, according to the Upskilling 2020: Enterprise DevOps Skills Report.

[ Considering hiring a DevOps engineer? Here are key questions to ask during the interview process. ]

The number one challenge facing DevOps is the finding and attracting skilled DevOps people. 58 percent of respondents said that finding skilled individuals is a huge challenge, whereas 48 percent say the retention of skilled DevOps individuals is a challenge. With salaries in the high $180,000's for experienced people and the current skill gap, 2020 and beyond will be a tough year for hiring managers and HR leaders.

What DevOps jobs titles must do

While there is a lot of debate around the importance of job titles, I would argue that no matter what title is used, each one should reflect on a person’s skills and expertise. Once the title is determined, it is up to that person and their accomplishments to define or refine the title further.

Before exploring the title of DevOps engineer, one must ensure the following when using or creating job titles for their DevOps mission:

Why the DevOps engineer title is here to stay

The transformation toward DevOps can be supported by using the DevOps engineer as the title because:

The title of DevOps engineer can have multiple meanings. But the meaning, the actual role the person owns, and the skills they have must depend on the outcomes you want to achieve when hiring or reskilling.

As new approaches and methodologies such as holocracy and SRE are being adopted into the world of software, the DevOps role will continue to evolve. Additionally, new word combinations such as AIOps, ModelOps, GitOps, DataOps, FinOps or NoOps are being used. Regardless of what what you choose to call the people holding roles in those areas, they all have one thing in common: The adoption of automation and the collaboration of functions or roles.

New and emerging role titles will continue to show up as new technologies are adopted. Areas such as artificial intelligence, augmented reality, blockchain, and machine learning are already introducing new challenges that create new demands for engineering capabilities. In years to come, other titles may eclipse the popularity of the DevOps engineer role.

What’s important is that IT organizations provide autonomy to augment the title of DevOps engineer. Individuals owning the DevOps engineer title should be empowered to augment their title with additional details around their areas of responsibilities by hiring managers and team leaders.

Organizations using DevOps have adopted integrated product teams that are empowered, autonomous, and networked. These teams focus on areas that support key value streams such as customer on-boarding. Over time, these teams will have the responsibility to further decide the expansion of responsibility for the DevOps engineer and augment the title further within the job description.

If you have concerns about using the term “DevOps” in job titles in the years to come, now may be the time to get over it. You’ll be better served spending your time using the title to help achieve certain outcomes.

Digital transformation: 5 proven ways to get skeptics on board 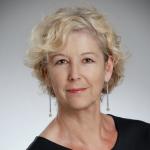 Eveline Oehrlich is an industry analyst, author, speaker and business advisor focused on digital transformation. Eveline is the Chief Research Director at DevOps Institute where she leads the research and analysis for the Upskilling: Enterprise DevOps Skills Report and other research projects.
» More about me

CIOs and IT leaders need to know artificial intelligence in reasonable depth to understand its pragmatic adoption. Otherwise, you may either overestimate or underestimate AI’s impact.

Read Article
Digital transformation: 5 proven ways to get skeptics on board
Submitted By Jay Jamison
October 19, 2020

Throughout this year, industries have had to completely change how they do business. To foster buy-in for large scale digital transformation, consider these techniques.

Between the pressure to accelerate digital transformation and external stress right now,  IT teams are in serious danger of burnout. IT leaders can take these three steps today to make a difference to teammates