How to deal with bad IT bosses

Does IT have more than its fair share of challenging bosses? That's debatable, but it's enough of a pattern that the bad IT boss has inspired comic strips and movies. Here are some common challenges – and expert advice on how to improve the working relationship 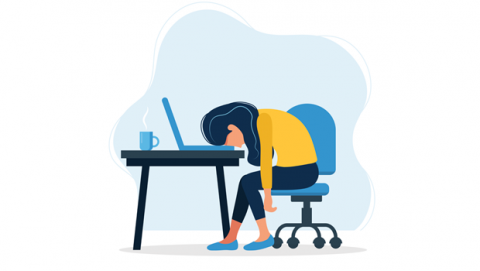 Many people across just about every line of work have one “bad boss” story to tell at some point. IT pros have plenty of such stories.

“I have had every position in IT, from desktop support to director of IT of a medium-sized medical company,” says Scott Spiess, a veteran systems administrator and engineer (who also had a stint with the U.S. Cycling Team and more recently added Certified Massage Therapist to his diverse skill set). “I have seen my fair share of bosses gone bad.”

Whether IT has had more than its fair share of, um, challenging supervisors relative to other professions is up for debate. But it’s enough of a pattern that the bad IT boss has been immortalized in popular culture – think the Dilbert comic strip and the movie “Office Space.”

In Spiess’s experience, this isn’t some grand conspiracy – it’s not like IT attracts people bent on making other people miserable.

“Traditionally, I have found most bosses that go bad do not start out that way,” Spiess says. “They just end up there.”

Maybe they've been thrust into a role they don't want – or for which they're not ready.

Maybe they’ve been thrust into a role they don’t want or for which they’re not ready, for example: “Someone above them puts unreasonable expectations on them that they pass onto staff,” Spiess notes. There are lots of scenarios like this one where an otherwise fine person might turn into a “bad boss.”

Relationships are not, as the saying goes, one-way streets, so sometimes the bad boss complaint might be masking some issues with the person issuing it. We all need to look in the proverbial mirror and take stock from time to time.

Five kinds of challenging IT bosses

Then there are the truly challenging bosses – and we don’t mean in a good way. Here are five kinds of challenging bosses who tend to make recurring appearances according to IT pros. Then, we’ll tackle some expert advice on how to deal with challenging managers and improve the relationship.

This is the leader who slams the panic button when problems arise instead of approaching issues with a level head. If there’s a fire to put out, they first douse it with gasoline.

Just because they start freaking out doesn't mean you have to.

“IT can be a very high-pressure work environment,” says Jon Check, senior director of cyber protection solutions at Raytheon Intelligence & Space. “A bad boss will receive distressing information and then pass the hysteria of the moment on to their team instead of calmly providing direction to solve the challenge.”

If this boss is having a bad day, they’re going to do their darndest – perhaps without even realizing it – to make sure you have a bad day, too.

Up to a point, however, this is a more straightforward “bad boss” scenario: Just because they start freaking out doesn’t mean you have to.

“The best way to deal with a static discharger is to not get caught up in the panic of the moment,” Check says. “Stay calm. People learn from others’ behavior and your calmness will put the boss at ease.”

There’s always, always more work to be done in IT. That can make it a “good” fit for someone who wants to work nonstop. That’s their prerogative, you might think – but their prerogative might become another person’s problem if they manage them.

“It is quite easy for IT leaders to get lost in the work and neglect working hours, people’s private time, and the need to unwind,” says Tom Winter, cofounder of DevSkiller. “Some tech leaders prioritize work and devote their entire lives to it, expecting that everybody else will do the same.”

This type of boss can be exacerbated if the person isn’t a social butterfly.

“I have seen this often, especially in leaders who are not comfortable with lots of social interactions,” Winter says. “As a result, they can sometimes put a lot of pressure on their workers without being able to properly communicate in the process.”

Sometimes you have a bad IT boss before you even know it. Meet the bait-and-switch boss, who may have taken some liberties with the job description to make the position seem more appealing than it really is. Unfortunately for Anthony Babbitt, he met that fate twice.

"The job for which I applied and the actual job were completely different."

“I am a business consultant now but have worked in IT for decades. Like everyone, I have had several bad IT bosses,” Babbitt says. “I can remember two jobs that required me to quit almost immediately [because] the job for which I applied and the actual job were completely different.”

You might think: Wait, wouldn’t this be the fault of an HR pro or recruiter who doesn’t know how to properly advertise a technical role? It certainly could, but that wasn’t the problem in Babbitt’s experience.

“In both cases, the supervising boss told me that he specifically changed the job description because no one was applying,” Babbitt says. “It doesn’t take a genius to know that a relationship that begins with such a huge lie won’t end well. At both jobs, my first day was also my last.”

Just as a job applicant can (wrongly) fudge their resume and qualifications, so too can a hiring manager, especially one struggling to fill a particular role.

“Don’t lie to people to find workers,” Babbitt says. “People in IT apply for the work they want to do.”

If you actually find yourself in this thorny situation, you might need to up and leave. When it happened to Babbitt, it put him in a short-term financial pinch, but the bait-and-switch spells doom for a long-term relationship.

This is the IT boss – who exists in other fields and departments, too – whose chief concern seems to be how they look in the eyes of their boss, not to mention their boss’s boss, and so on. If upper management is pleased with them and their bottom line, then they don’t care about anything else, including their team’s morale. Is Spiess’s view, this is the worst kind of boss.

“The world could be on fire, but if he looks good, nothing is wrong,” Spiess says. “With a boss like that, you are guaranteed to never have your POs signed on time and they will second-guess or get in the middle of your relationships with your vendors.”

Spiess actually experienced that dynamic, and there’s an underlying reason for it: It can make the boss look like a cost-cutting crusader to upper management. In Spiess’s experience, the boss would let vendor quotes expire before signing them, for example, to force the provider to either redo the paperwork or renegotiate to reduce the quote.

“This has caused major outages with digital certificates and primary systems without support,” Spiess says. “This ruins all vendor relationships and wastes the vendor’s and my time.”

These kinds of backward budget tactics can extend elsewhere, such as staffing and professional development.

"The end result is projects get delayed, low staff morale, and just not wanting to come to work."

“In my case, this individual would intentionally not properly staff departments, refuse to pay for training ([and instead] exploit the vendor for training), and always attempt to renegotiate contracts at the last minute so he looks like a champion,” Spiess says.

On the staffing front, a manager like this doesn’t refill open positions when someone leaves the company, for example, then later points out: “Well, you’re already doing the job without us refilling the position, so keep doing it.”

“The end result is projects get delayed, low staff morale, and just not wanting to come to work,” Spiess says.

The micromanager appears on every list of bad bosses, in every industry. We like Check’s term for it better: The helicopter boss.

“This type of boss always hovers, dials into every meeting when on vacation, and never allows the team to learn, fail, grow, and make decisions on their own,” Check says.

A mix of regular communication and results is sometimes the best way to free up the airspace around you.

“Work to set bounds of delegation with these types of bosses: ‘Hey Heli-boss, every time you need this taken care of, I have it under control and will deliver,’” Check says. “Work to build that trust over time and be persistent. Eventually, their hover-time will decrease – at least over you!”

How to deal with difficult boss-employee relationships

If some of this sounds familiar, your next question should be “How can I make it better?” Let’s consider some expert advice:

Topics
IT Strategy
Leadership
IT