A successful automation strategy requires transparency and effective communication. Consider these common cultural sticking points – and how to overcome them 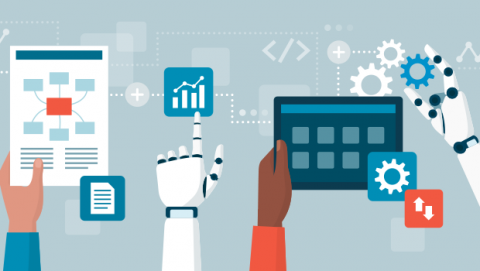 One of the major challenges to automation success exists right out in the open, even if people sometimes pretend otherwise. Automation stokes anxiety about how it will impact people’s jobs, including the possibility that it will make them obsolete.

These automation obstacles might be lurking a bit outside your line of sight.

We recently covered that most prominent issue with advice for IT leaders on proactively managing automation anxiety. But not every challenge is as visible.

Here are three obstacles that might be lurking a bit outside your line of sight. Factor them into your planning and execution.

Challenge #1: Automation is seen as a fix-it hero – and that's it

IT automation has been used as something of a “break glass in case of emergency” kind of tool. It’s used to fix something after it breaks, ostensibly to keep it from breaking again. But this doesn’t necessarily engender the long view, and it’s not usually what people mean when they connect the dots between automation and strategic priorities such as digital transformation, DevOps and DevSecOps, cloud-native development and infrastructure, and more.

“A general challenge with putting automation in place is that IT culture often focuses on heroic problem-solving rather than more mundane processes that prevent problems from happening in the first place,” says Red Hat technology evangelist Gordon Haff. “Automation has long been part of the picture – think system admins writing Bash scripts – but it’s also been reactive rather than proactive.”

If your organization has treated automation mostly as a reactive problem-solver in the past, people may be less inclined to instinctively grasp its greater value. That’s where leaders have work to do in terms of communicating your big-picture plan and the role that automation – and everyone on the team – plays in it.

This is also a mindset that must shift over time with experience and results: Automation should be as much (or more) about improvement and optimization as it is about dousing production fires or cutting costs. Ideally, automation should be boring, in the best possible sense of the word.

“Modern automation practices, such as we often see in SRE roles, make automating systems and workflows part of the daily routine,” Haff says.

Challenge #2: Your automation "strategy" is a bunch of one-off projects

The first challenge is a specific example of a broader category of less-than-obvious roadblocks.

Implementing automation without strategic context increases the probability of disconnects between teams and departments that prevent cohesion.

“Most automation efforts are treated as one-off or siloed initiatives rather than part of a core strategic element that ties back to a larger vision of where IT and the company need to be overall,” says Becky Trevino, VP of operations at Snow Software.

Connecting automation to the company’s strategic future – and individuals’ places in that picture – can alleviate job-related anxiety, as Trevino shared with us previously. For related reasons, it’s also a prerequisite to achieving the business and technical outcomes you want.

“For successful IT automation, all employees, from leadership to individual contributors, need to understand how automation ties into the organization’s broader goals and vision,” Trevino says.

[ Automation can have talent benefits. Also read: How automation strategy can help you retain IT talent. ]

Implementing automation without strategic context increases the probability of disconnects between teams and departments that prevent cohesion. This means your automation strategy will also probably lack organization-wide buy-in, among other potential problems.

“A frequent pitfall [with] automation implementation is making changes in a silo,” Trevino says.

Success depends on a thorough understanding of dependencies and how different departments and personnel will be impacted by changes. Once those elements are identified, then IT leaders can work with their colleagues elsewhere in the organization to build support and alignment, Trevino says – neither of which should be assumed.

“Just because automation is a priority for IT does not mean it is a priority for other departments,” Trevino says, adding that this is where the big-picture vision comes in: If people see and understand it clearly, they’re more likely to align on goals and execution.

It also helps to address a related challenge: Automation is an inherently “big” term with various definitions and connotations.

“Automation can feel fuzzy and abstract, but by communicating how automation will help the organization achieve a larger goal, individuals can see why it is important and the role they play in making automation a success,” Trevino says.

Challenge #3: Automation creates value for the business – but not for individuals and teams

You might be focused on automation as an IT strategy, but people still matter most.

Your automation strategy may be sound from a technical and business perspective, but it’s less likely to deliver the best possible results if you’re only focused on value to the whole organization.

Phrases like “operational efficiency” and “doing more with less” tend to raise yellow and red flags. Again, experienced members of your team have probably heard this pitch before. Top- and bottom-line improvements as a result of automation are good for the business, sure. You also need to appeal to people’s self-interest: How will this benefit them as individuals?

“Automation can help organizations do more with less, but to alleviate the anxiety these changes can cause, CIOs need to think long-term, communicate their vision, be direct and transparent on how these changes will impact staff, and invest in their people to bring them along this journey,” Trevino says. “Vision aligns disparate groups and helps them understand what’s in it for them.”

A lot of this boils down to some of the fundamentals of good leadership and good citizenship: Honesty, respect, and empathy come to mind. You might be focused on automation as an IT strategy, but people still matter most.

This is also an opportunity to shift the negative narrative about automation – especially as it pertains to job impacts – in a different direction. How can you as a leader use it to create new opportunities for the people who are already on your team, or to help them advance their careers in different directions? If you’re embarking on a large-scale automation initiative and haven’t carved out time and resources for people to pursue new roles and skills that will be needed long-term, your strategy is incomplete.

“Engender a culture of trust with transparent communications, resources, and training,” says Thomas Phelps, CIO at Laserfiche. “Involve impacted employees in automation initiatives. Look for ways to leverage their experience and process knowledge in designing, deploying, and supporting automated processes.”

Two of the biggest sources of pushback against major changes are pretty simple: First, people are worried about their jobs and livelihoods. Second, people feel change is being forced on them – they feel like they’re on the outside looking in at their own team and organization, which naturally causes misgivings, resentment, and general negativity. Make sure you’re bringing people in and showing them how they can derive value – whether in terms of compensation, skills development, career paths, or other opportunities – from your strategy.

“By taking the time to communicate and gain buy-in, IT leaders can transform a skeptic into an advocate for the project,” Trevino says.