Are you micromanaging your remote or hybrid team? 10 questions

In this time of remote work and hybrid work, you may unconsciously slip into micromanagement behaviors. Ask yourself these 10 questions about whether you’re heading into micromanager territory 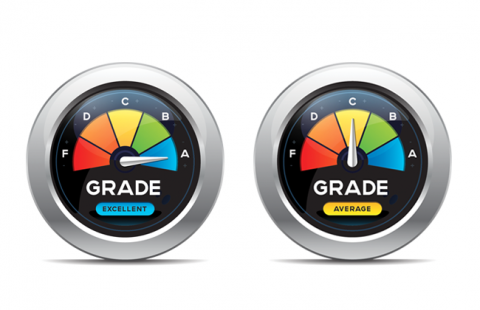 Micromanaging never works. The best employees are likely to bristle at being coddled and the over-involvement of a manager can actually have a negative impact on performance and output, leadership coaches say. “Top performers rarely stay with a boss who micromanages them,” says Doug Meyer-Cuno, leadership coach and author of The Recipe For Empowered Leadership: 25 Ingredients For Creating Value & Empowering Others. Those workers that do remain may trade eagerness and enthusiasm for a minimal effort approach.

A whole host of problems can ensue, warns Larry Bonfante, former CIO and founder and CEO of CIO Bench Coach: Employees fail to learn and grow, they become afraid of innovation and risk-taking, they are reluctant to take on bigger roles, and they grow resentful of not being trusted or respected. “I personally have watched entrepreneurs and CEOs suck the life out of their most talented employees because they were constantly micromanaged,” Meyer-Cuno says.

"Eventually the boss becomes the bottleneck that stunts scalability."

Micromanagement is also unsustainable for micromanagers themselves, who can become overwhelmed trying to maintain constant oversight, and it ultimately becomes a speed bump. “Eventually the boss becomes the bottleneck that stunts scalability,” says Meyer-Cuno.

In the remote work environment, where managing by walking around is no longer an option, IT leaders and managers can find themselves slipping into this unproductive behavior. In some cases, additional oversight might be warranted. In others, it may be an unconscious reaction to a perceived loss of control. But in no case is micro-management the solution. “If you are micromanaging your people, either you have the wrong people,” says Bonfante, “or they have the wrong manager!”

10 questions to ask yourself on micromanagement

So how can you tell if you’re heading into helicopter boss territory? Here are some questions to consider.

1. How much time do you spend with your people (versus in your own role)?

Are you over-indexing on the checking-in-on-others category? That’s a problem. “You should be a resource to your people,” Bonfante says, “not their shadow.”

2. Have you established clear expectations, processes, and performance indicators for your remote or hybrid work environment?

If not, you’re putting yourself in a precarious position: Micromanage or be in the dark. In some cases, Meyer-Cuno says, “micromanagement is caused more by the boss’s inability to establish effective key performance indicators to measure the employee’s performance than their overall lack of managerial skills.

“Mature managers know how to establish expectations, measure performance, and hold their teams accountable. Thus, micromanaging is much less likely to occur.”

[ How can OKRs and KPIs help set clear targets for teams and individuals? Read also: How to explain OKRs in plain English. ]

3. Are you providing enough transparency to your teams?

Transparency allows the individual contributor to take ownership of their role, thrive, and be accountable for their results.

“Transparency is about giving all the information that is practical to give in order to allow a person to do their job,” says executive coach and career consultant Ken Sher. “When this is present in an organization ­– especially between a leader and their subordinate – creativity, initiative, innovation, and engagement flourish. It allows the individual contributor to take ownership of their role and to thrive and be accountable for their results.” Micromanagers, on the other hand, may be more withholding.

4. Are you more likely to dictate directions or delegate a task?

Good managers have built relationships and established enough trust to do the latter, which Meyer-Cuno adds is “paramount to successful sustainable growth.” If you’re unlikely to delegate a task unless the other person is better at it than you, that’s a red flag.

Another way to measure this: How much of your time with your team is spent explaining how to do things versus explaining why to do things? Good managers, Bonfante says, should help people understand why we’re doing things and allow them to figure out how.

5. Do you tend to think there is only one way to complete a task?

Let’s take that a step further and state the obvious – is your way the best way? My-way-or-the-highway types tend to control and hover. Effective managers, on the other hand, understand that there are as many “right” ways to complete a task as there are people to complete them, Bonfante says.

If you don’t allow employees to make decisions even when you feel it is not the right choice, that’s an indication of micromanagement, says Adam Mortimer, director of student and employee development at leadership and skills-building platform Achieve Today.

6. Are you quick to criticize mistakes or errors?

That can send a message to employees that you don’t trust them, it discourages risk-taking and growth, and is an almost certain sign of managing too closely. “With innovation comes trial and error – mistakes will be made,” says Mortimer. “Create an environment that encourages employees to make mistakes (within reason). I had a mentor tell me that success = persistence plus failure. All successful people and businesses are persistent failures.”

7. Can you see parameters and walk away?

When Larry Bonfante was CIO, he says, “I never cared if my people completed their work from a beach in Tahiti as long as they delivered outcomes of value in a timely and cost-effective manner.” The best IT leaders can set high-level expectations (time, money, results) and count on their teams to meet them. Critical here, Bonfante adds, is that they also empower their teams and do what they can to set them up for success.

“Telling an employee what to do is considered micromanaging. Give the employee an objective instead,” Mortimer says. “Trust that they will make the right choices, and – if they make mistakes – they will learn from those mistakes. You never know what new innovations employees will come up with if you give them a chance.“

8. Do you show appreciation for your team members' contributions?

This may come in the form of valuing the ideas and contributions individuals bring to the table, praising performance publicly and privately, or acknowledging their efforts overall. Those are just a few positive traits of leaders who trust and respect their employees.

Micromanagers, on the other hand, are rarely satisfied with the work or performance of their teams and more likely to send out an email request for updates or reports than give pats on the back, says Mortimer.

More on leadership
eBook: What's slowing down your digital transformation? 8 questions to ask
Fast Start Guide: Creating a sense of urgency, with John Kotter
8 powerful phrases of emotionally intelligent leaders
Emotional intelligence test: 5 self-evaluation tools for leaders
4 styles of decision-making: A leader's guide
Every IT organization will find itself in firefighting mode at some point, but micromanagers will tend to take control of the entire process rather than supporting their teams in problem-solving, Meyer-Cuno says.

10. Do you think you can learn from your employees?

If the answer is no, micromanaging is probably an issue (and not the only one). Good leaders hire good people and let them do the jobs for which they hired them. And the best learn from their teams, says Mortimer.

“The bottom line is very simple: Companies cannot sustain long-term growth unless they hire great people. Talented people usually won’t work long for micromanagers because it is insulting to their professional capabilities,” says Meyer-Cuno. “There are two choices: Continue to micromanage at the price of not maximizing your company’s potential, or harness the potential growth by empowering others.”