Looking to land your next new role? Check out these TED Talks for job hunters to help ease your anxiety, adjust your perspective, and sharpen your focus 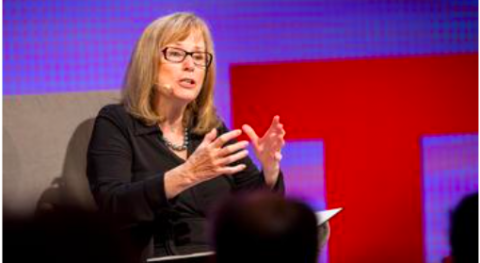 The last year has prompted many IT professionals to rethink their current roles and career goals, landing some in the role of job hunter.

It’s a challenging time to find a new job. At the same time, talented IT leaders have never been in greater demand. And much of the advice on positioning and marketing yourself to employers and acing the screening processes remains relevant even in these seemingly in-between times.

[ Want more advice? Read also: IT careers: 10 critical skills to master in 2021 and How to improve your LinkedIn profile. ]

If you’re looking to land your next new gig, the following six TED Talks will guide, invigorate, sustain, and even console you along the way.

1. How to find work you love

When you’re looking to get out of a difficult, unsatisfying, or otherwise outdated position, it can be tempting to jump to a new position – any position. To avoid a frying-pan-to-the-fire lateral leap, Scott Dinsmore gives us this exposition on finding the right fit. Dinsmore quit a job that he loathed. Then he spent the next four years figuring out how to find work that was more meaningful – so you don’t have to. Forget about building up your resume; Dinsmore argues that is the worst career advice he ever received. Eight out of ten people don’t enjoy their work, he says. For those who don’t want to be a part of that statistic, he explains how to go about finding work that matters to you and start doing it.

2. Be an opportunity maker

Job hunters are often told they need to find the right opportunities. Kare Anderson, however, says what many of the great leaders believe: that we make our own opportunities. Further, she says that both extroverts and introverts can do this (and references herself as an introvert.) Everyone is better at something than everyone else, and when you recognize this in others, you can also see that truth in yourself. Kare argues that those who make opportunities for others and themselves see tremendous returns. In this talk, she outlines the key traits of opportunity makers that will almost certainly add value when you’re seeking your next new role.

3. Looking for a job? Highlight your ability, not your experience

Shen, who studied biology and became the product manager at a tech company, notes that few of us hold jobs that directly align with either our education or our past experience. Rather, career paths are trajectories of human potential.

Shen argues that legacy hiring systems we built in the 20th century are failing us, even as advances in robotics and machine learning transform the way we work and create new roles. Here, he shares tools and strategies that can help employers focus on ability versus credentials, and job seekers make themselves more attractive to potential employers.

4. Embrace the near win

We generally highlight our successes when we interview. But often it’s the “almost-rans” that teach us the most. Bringing this knowledge to an interview situation may set you apart from the pack.

“Mastery is not just the same as excellence. It’s not the same as success, which I see as an event, a moment in time, and a label that the world confers upon you,” Lewis says. “Mastery is not a commitment to a goal but to a constant pursuit. What gets us to do this, what gets us to forward-thrust more is to value the near win.” IT leaders will certainly find the concept of near wins resonant: They are not experts because they take a subject to its conceptual end; they realize there often isn’t one.

5. How to stay calm when you know you'll be stressed

There’s no way around it: Job interviews are nerve-wracking. Even the most accomplished IT leader will get nervous making the case for his or her dream job. And while a little anxiety can be helpful, stress can cloud your thinking and impact your performance. To help job hunters avoid making critical mistakes in stressful situations, neuroscientist Daniel Levitin introduces the concept of the pre-mortem. “We all are going to fail now and then,” Levitin says. “The idea is to think ahead to what those failures might be.”

6. A kinder, gentler philosophy of success

Job hunting can be an ego boost, but it can also cause crises of confidence. Whether you’re just beginning to explore new roles, frustrated with the pace of the job hunt, or exhausted after a week of interviews, take a break and listen to this talk, in which de Botton challenges the traditional views of success and failure. “We live in an age when our lives are regularly punctuated by career crises, by moments when what we thought we knew about our lives, about our careers, comes into contact with a threatening sort of reality,” de Botton says. He proposes that a kinder, gentler approach can help job seekers assuage their anxieties, focus their energies, and offer a fresh perspective on what it means to succeed.

3 tips for an inclusive hybrid workplace