IT careers: 4 ways to recover from a setback

Every successful IT career path hits an obstacle at some point. ServPro CIO Jeff Fields shares his advice to bounce back and find your way again 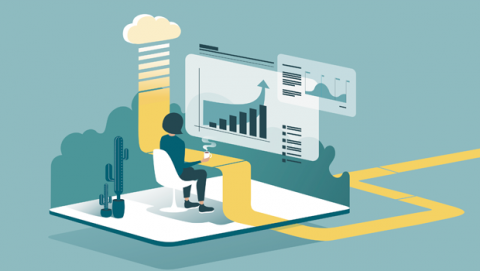 You’re a rising star at your company. Everything is going right, and your team is working on a big project – the biggest in the company’s history.

Launch day arrives … and there’s a massive glitch in the system. All the hard work you’ve put in has been for nothing! Or so you might think.

Stay calm. Take a breath. Setbacks are part of every career. It’s how you handle those setbacks – how you push through the feelings of shock, anger, and fear – that will define your career (and your life) for years to come.

4 tips: How to bounce back from a career setback

So, how can you bounce back from a career setback? Here are some thoughts from my more than 30 years in the industry.

When you’re facing a career setback, it’s easy to blame yourself and think, “If I had been better at this” or “If this project had been a success, I’d still have my job/team/promotion.” However, it’s important to remember that not all setbacks are about you.

Early in my career, I worked in IT for a government organization. I was excited about joining the organization and the location of the job moved me closer to some immediate family members. After I had been in the position for about a year, I was called into my supervisor’s office. He told me the organization was going through a downsizing exercise and that based on my time there, I was on the list to lose my position.

I was shocked. I had received only positive feedback up to that point and thought I was doing well. I was told the decision was not based on my performance but on my tenure with the company. I spent the next few weeks pondering why management had made their decision that way – as far as I knew, I was outperforming others working there. It made me question my own abilities and whether or not I was worthy of being a part of the organization.

Taking career setbacks personally can prevent you from moving forward.

That event certainly took a toll on my confidence. It took me some time to find a new opportunity, and while I was looking, I felt a lot of self-doubt. But taking career setbacks personally can prevent you from moving forward.

All that time I spent feeling sorry for myself would have been better spent working to create a growth mindset. I eventually reframed the career setback into something positive, which made me want to get up in the morning and try again. I learned to never look back and always look forward into my career. I later went into IT management and now have been a CIO for over 20 years.

In a recent article for Ivy Exec, CEO Rafael Salazar shares some great advice about cultivating a growth mindset: “You need to begin to look at every challenge, obstacle or difficult situation as a stepping stone on a path leading you onwards and upwards. This wires your brain to take every setback and say, ‘What can I learn from this?’ ‘What can I do better next time?’ or ‘How is this making me better?’ Cultivating that kind of mindset makes it much easier to bounce back from setbacks and career mishaps.”

3. Know that setbacks make you better

You’ve heard it all before – failure makes you better, blah blah. But what if I told you that statistically, having a career setback will make you better in the long run?

A recent paper published by the journal Nature Communications found that an early career setback can result in a stronger career over the long term. Does this sound counterintuitive? According to the New York Times: “Researchers compared the careers of two groups of young, ‘statistically identical’ scientists: one group that just barely secured a grant from the National Institutes of Health – the narrow-wins; and one group that just barely missed securing the same grant – the near-misses. After ten years, researchers found that the losing group had gone on to have more successful and impactful careers than the group that had won the grant.”

More on IT careers
15 highest-paying IT certifications in 2021
IT careers: 8 hot jobs in 2021
IT careers: 10 critical skills to master in 2021
8 Robotic Process Automation (RPA) training and certification courses
How to get a job during COVID-19: 9 smart tips
The ultimate DevOps hiring guide
As an IT leader, you are not the only one affected by your setback. For the experts at CIO, the way you handle a setback with your team matters just as much as the way you handle it yourself. Communicate with your team about precisely what has happened (this stops the rumor mill) and re-establish a good working environment. Buy lunch, take half a day off, and focus on the parts of the project that went well.

Your team will be looking to you for how they should react, and your actions will show them how to bounce back from mishaps. Model positive behavior for them, even if you’re struggling to do so for yourself.

The world of IT is constantly changing – the last year has certainly taught us that. We’re facing challenges and finding solutions to problems that didn’t exist two years ago, let alone ten years ago. If you’re struggling with your career right now, know that the struggle is only temporary. I’ll let you in on a secret: Resilience is about 90 percent of the battle. 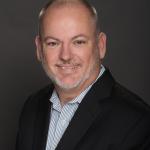 Jeff Fields has served as the Chief Information Officer for SERVPRO since 2012. In 2019, he was appointed Vice President.
More about me