Implementing change and managing it are two very different things. Consider this advice to ensure that positive change has staying power at your organization 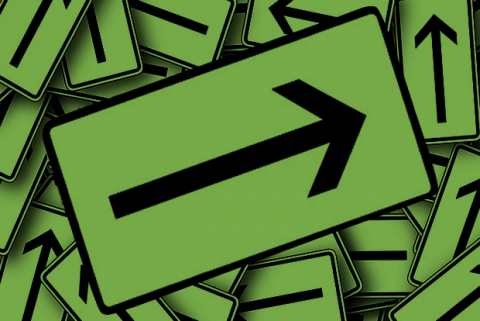 I once led a design organization where the relationships between colleagues were strong, politics were minimal, and the work was interesting and plentiful. But there was a problem: Everyone was so consumed with their own projects that they did not take the time to benefit from each other’s expertise and perspective. Everyone agreed that they needed a way to share work with one another.

One of our senior team members proposed a solution that sounded promising: We would dedicate a wall in the workspace as a sharing space where people could post their work and others could comment freely. Everyone agreed it was a good idea. The champion of the idea even set it up and showed everyone how to use it.

We had a solution with both buy-in and communication. Perfect, right?

You’ve probably already guessed the answer. The first week, one person took the step of posting their work. A couple of people commented on it, and they were congratulated for opening collaboration. By the second week, though, the wall was empty. By the third, it was covered in comic strips and ironic notes.

This is an example of what happens when change is implemented but not managed effectively. Too often, organizations make this mistake, thinking of change management as change implementation. But the two are not the same thing.

1. Change management is not a project

You've probably heard the commonly cited statistic that 70 percent of all change initiatives fail. This HBR article says that specific number's origin is often misinterpreted – but what’s interesting is that it’s a measure at all. Even the word “initiative” implies that it’s a defined effort – one with a beginning, an end, and a set of steps in between. Plan the work and work the plan: That is implementation thinking.

Managing change is an ongoing process – it’s about growth and adaptation, not delivery. Thinking of change management as a defined effort, like a project, is a mistake. Rather, think about it as a discipline that continues over the long term and is never “completed.”

2. Change management is not a choice

Question: How many therapists does it take to change a lightbulb?

Answer: Just one, but the lightbulb has to really want to change.

The implication of this old joke is that change is something you choose to do. But if the last year (and counting) has taught us anything, it’s that change is always happening, whether we choose it or not.

The change we seek is often not the change we encounter. Change implementation thinking would have us believe that change happens when we deliberately create it – at the time and under the conditions of our choosing. Change management says that change is an unavoidable reality and what we need is adaptability. Knowing how to handle change when it comes to us is true change management.

3. Change management is not control

Change implementation thinking suggests that we can not only predict but can dictate what change will look like and what it will mean. After that, it’s just a matter of steering the ship in the direction of the goal, regardless of the seas or icebergs in between. Communication plans, training, and employment of new tools and tech are all part of implementation – they are critical, but they are not the key.

What really enables successful change management is a robust set of skills and behaviors combined with the discipline to employ them at both the individual and the organizational levels. You don’t succeed at making a change – you become adept at changing.

In a July 2017 HBR article, Nick Tasler used a pair of sports analogies to describe change: “at-bats” in baseball and running marathons.

Both require athletic prowess and discipline – but when you go to bat, you know within three pitches whether you've hit a home run, connected with a base hit, or struck out. In contrast, when you run a marathon, you might run for hours and have no idea what place you’re in – you may not even see the other runners, leading you to wonder if you’re even still on the course. But if you keep running, you will eventually reach the end.

And once you reach the end, there’s always another race. 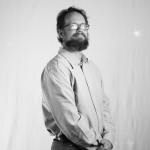