Poised as the next hot technology in 2022, the metaverse is finding its way into the workplace with some surprising benefits. Consider these tools, which take virtual collaboration to the next level 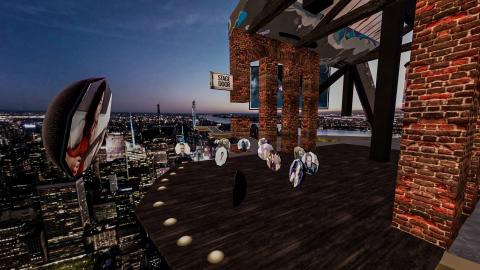 By now, most of us have come to realize that the next normal won’t look much like it used to. The pandemic has taught us that turbulent and unpredictable times require flexibility and an open mind.

Meanwhile, technology companies have been delivering highly competitive technologies to win both mind and market share. Think back on the quality (or lack thereof) of video calls pre-pandemic. COVID forced competition and accelerated innovation where new features seem to be released monthly instead of annually.

The promise of videoconferencing has always been to increase collaboration and connections among teams. However, another COVID takeaway is that videoconferencing isn’t necessarily the panacea many of us had hoped for. It can be fine for formal meetings, but it certainly doesn’t replace the ad hoc encounters and water-cooler chats that happen in-office break rooms – nor is it effective for internal or external networking. (How many calls have you been on where one person talks while the other 49 listen?)

In response, the metaverse seems to be the next hot technology for 2022. Facebook is so committed to the metaverse that it even changed the company’s name to Meta. Meta is also looking at ways to bring the metaverse to the workplace: Its Horizon Workrooms enables users to wear a virtual reality (VR) headset to feel like they’re attending an in-office meeting (although many would argue that installing a pound of virtual reality gear on your head probably won’t make this skeuomorphic meeting experience any better).

Meanwhile, Microsoft is also working on bringing the metaverse to work. In 2022, Microsoft Teams users will be able to replace their video streams with 3D avatars of themselves. On the plus side, this lets people maintain a physical presence even when they’re not feeling particularly camera-ready. But at the same time, replacing ourselves with idealized avatar caricatures may further exacerbate the mental health impact of seeing our natural faces ‒ and all of our flaws ‒ filtered away.

A number of startups are also developing metaverse workplace tools that you can try right now ‒ with no credit card required. Here are a few of my personal favorites.

Gather started in the early days of the pandemic as an easy way to collaborate with people using user-built 2D worlds with spatial audio and video. The layout is nostalgically reminiscent of the Legend of Zelda from the 1980s; users move through the virtual environments on their laptops using their cursor keys. When you approach another person, the audio and video fade in, which makes networking natural. When you join a group of people, you can see them and hear their conversation, and choose to stay or move on. (Contrast this with that 50-member meeting with only one person talking and no way to join another conversation.)

While Gather’s Zelda-like desktop experience will likely delight almost everyone, your curmudgeonly colleagues might consider it too much fun. Others may find it difficult if not impossible to use on a mobile device. In either case, expectation setting is critical. When trying this metaverse tool, advise everyone to join from a laptop or desktop and to bring a childlike curiosity.

Custom world-building is one of Gather’s strongest features. As an example, some of my coworkers used it to re-create the Red Hat Chicago office. Users can walk up to a coworker’s cubicle, knock to get their attention, and start an ad hoc conversation. They can also go to the breakroom to socialize as a group. It’s also great for events: A friend of mine held a multi-day company retreat that featured rooms for crafts, wine tasting, and much more.

Expectation setting is critical. When trying this metaverse tool, advise everyone to join from a laptop or desktop and to bring a childlike curiosity.

Branch looks and feels similar to Gather in that you can create and explore 2D worlds. The main difference is that it’s audio first rather than audio and video. Instead of a Zelda-like sprite, you’re a sphere with a face whose mouth moves in sync with your voice. This type of environment, in which cameras aren’t on by default, will likely appeal to camera-shy users. But those who want to turn their camera on may do so.

Wonder also lets you create very simple worlds to collaborate, but its simplicity is a feature, not a bug. Instead of creating rich 2D worlds, you start with a blank canvas on which you create topic area squares for specific conversations. You can also create ice-breaker questions to help guide users to the people they find most interesting. Users can join conversation circles in the topic areas and move from circle to circle. Given its clean, simple interface, Wonder may be a good fit for more traditional work cultures or for professional topic-based networking events.

NOWHERE takes the concepts discussed above to the next dimension – the third dimension, to be specific. NOWHERE comes with a variety of beautifully crafted prebuilt 3D worlds that you can customize easily. You don’t need to be a 3D artist to create a visually compelling, branded world for your users.

In addition to being technologists, the NOWHERE founders include artists from the real-world events space, and that becomes evident when you enter. Just as a company might rent a museum and lightly brand it for an event, NOWHERE lets you create a virtual museum where you can place your own artwork and company images as you like. The 3D navigation is easy to learn, and the tool includes spatial audio capability so you can have one or more DJs playing music to set the mood. When people enter, event staff can welcome them, give them a quick tutorial on how to navigate, and guide them into the event to mingle.

One of NOWHERE’S many worlds is a theater with a screen where you can share your desktop to play videos, present slides, or demonstrate an application. There’s also a stage for presentations.

Unlike Branch, video is on by default in NOWHERE. This is by design: The developers feel that inconsistent use of video creates an imbalance in social dynamics, and that having cameras on by default helps support healthy online spaces.

To the metaverse and beyond

As we start the new year, I’m excited about the continued innovation in the tech space and how it’s being used to improve our work lives. I encourage you to join me in finding new ways to connect with your co-workers, partners, and customers. Approach this exploration with curiosity and a growth mindset and be intentional about using the most appropriate tools and technologies for the outcomes you desire. 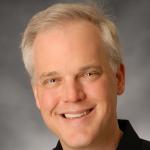