Automation and digital transformation: 3 ways they go together

Automation and digital transformation are often discussed in the same breath, but do they always go hand-in-hand? These three examples shed light on their relationship 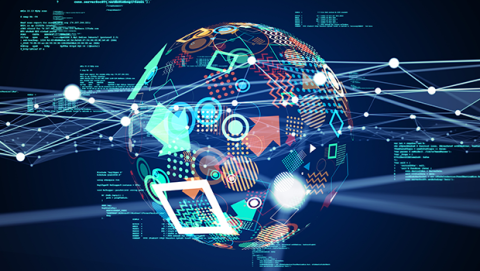 Automation and digital transformation (DX) have become one of IT’s dynamic duos: Where you see or hear one, the other seems sure to follow.

They’re certainly linked by their priority and popularity in IT and business circles. Automation and DX have been atop the strategic roadmaps of CIOs and other leaders for years now. Digital transformation has become an industry unto itself, and few CIOs have “automate less” highlighted on their strategic roadmap.

But do they always go hand-in-hand? What’s the actual relationship between IT automation and DX? Answers to questions like this require more context and nuance.

Let’s ground the relationship in clear definitions. Here’s how we describe digital transformation at The Enterprisers Project (while also recognizing that the unique needs and characteristics of any given organization mean that the term “digital transformation” must necessarily be flexible):

“Digital transformation is the integration of digital technology into all areas of a business, fundamentally changing how you operate and deliver value to customers. It’s also a cultural change that requires organizations to continually challenge the status quo, experiment, and get comfortable with failure.”

It’s the scope and scale of that definitional change – and the value it aims to produce – that brings us to automation. Automation is one of the major catalysts that make it possible to actually execute on DX goals large and small.

Let’s borrow a definition of IT automation from Red Hat:

“IT automation, sometimes referred to as infrastructure automation, is the use of software to create repeatable instructions and processes to replace or reduce human interaction with IT systems.”

At first blush, that might sound like a relatively specific domain – this is just from the sysadmins and infrastructure engineers, right? But that would ignore the intensifying role that IT shops play in their broader organizations: A company pursuing digital transformation without the CIO and her team is like a transatlantic airline flight without a pilot – good luck and Godspeed.

This brings us to the first way automation and digital transformation go together:

1. You can have automation without digital transformation, but not the other way around

This is the type of step-by-step automation long done by sysadmins and other operations-focused IT pros; it’s also common in DevOps and site reliability engineering (SRE) roles. IT automation happens for perfectly good reasons on its own, and it has now spread deep and wide in most, if not all, of the traditional branches of the IT family tree: development, operations, security, testing/QA, data management and analytics – you get the idea. None of this needs to be tethered to a digital transformation initiative; the benefits of a finely tuned CI/CD pipeline or security automation can be both the means and the end.

There’s no such thing as digital transformation without automation, however. This claim may involve some slight exaggeration, and reasonable people can disagree. But digital transformation of the ambitious sort that most Fortune 500 boardrooms are now deeply invested in requires (among other things) a massive technology lever to accomplish, and that lever is automation.

“Automation is key to IT optimization and digital transformation. Modern, dynamic IT environments need to be able to scale faster than ever and IT automation is vital to making that happen.”

Glynn Newby, global manufacturing industry principal at SAS, illustrates this aspect of their relationship with a straightforward example of a DX goal enabled by automation: “Let’s say your organization wants to use analytics to improve production quality to boost Net Promoter Scores.” Like many business initiatives, the stated timeline for this goal might be X, but the true timeline is probably yesterday – hence the modern obsession with cheetah speed and agility – while of course staying within budget and ensuring five-nines uptime.

To accomplish Newby’s hypothetical goal, you integrate a containerized analytics platform that auto-scales up and down depending on analytics load, supporting data-driven decisions in real-time or close to it, without a massive capex on infrastructure and other resources that sit idle for non-trivial chunks of time.

"Modern, dynamic IT environments need to be able to scale faster than ever and IT automation is vital to making that happen."

Mission accomplished, or at least mission enabled – the product team (and likely other units) can now do its thing at a much faster pace and greater scale than before.

That relatively simple hypothetical is automation-enabled transformation. It’s technically not the only way to go about it, but it’s probably the only way that is sustainable for the long term.

“IT automation techniques – like containerization – are not the only way to achieve digital transformation, but there are distinct benefits including creating a more secure, portable, scalable IT ecosystem,” Newby says. “A platform also fills in the resources, talent and personnel gaps created by the pandemic.”

2. Automation is the connective tissue of the digital business

IT pros are familiar with the concept of Day 2 operations, which essentially asks of any significant launch or change: What happens once we’re live?

Given that digital transformation is so often referred to as a “journey,” organizations and leaders should ask a similar question: What happens if we arrive? Or, what happens when we’re successful?

Automation is a big part of the answer: If you’re hitting DX goals, you’re likely spinning up new applications and services, new products, new data streams, and so forth. That’s a whole lot of “Day 2s” to contend with, and ignoring that will likely erode any of the initial gains. Automation is the glue that binds things together as DX initiatives hit their stride.

“If digital transformations are the bricks that build new business opportunities, then automation would most certainly be the mortar that connects and binds it all together,” says Leon Godwin, principal cloud evangelist at Sungard AS. “Organizations are looking to do things better, faster, and cheaper to gain a competitive edge.”

Automation is the glue that binds things together as DX initiatives hit their stride.

You might say all three of those terms – better, faster, cheaper – could apply to DX or automation on their own. But as a duo, DX is really about the “better,” while automation focuses on the “faster and cheaper.”

We’ve noted multiple times in this space that automation on its own won’t improve a broken or flawed process; it will just help that problematic process run faster and more frequently. DX is process improvement writ large, at the scope and scale that can completely revamp a business and how it operates. Automation is what makes that scope and scale attainable within time and financial constraints and sustainable over an indefinite period.

3. They reflect the future of the human-machine partnership

Let’s recall a key piece of our definition of digital transformation that sometimes gets subdued by the industry hype: “It’s also a cultural change that requires organizations to continually challenge the status quo, experiment, and get comfortable with failure.”

We’re essentially at a point where the value and necessity of digital transformation don’t need a lot of explanation – everyone has seen the proverbial light.

Along with artificial intelligence (AI), advanced analytics, and the cloud, automation is a core component of digital transformation," says Amaresh Tripathy, Genpact’s global analytics business leader. “Enterprise leaders understand that their organizations cannot remain competitive in the digital age without these technologies.”

Indeed they do. Some organizations are still figuring out the people and culture part, however. “Embracing these solutions is only half the battle,” Tripathy notes.

As words, automation and digital transformation sound indifferent to people – or like they’re actively trying to remove us from the picture. But the true – and nearly limitless – value of automation and DX should very much be in human hands, with technology-borne tailwinds at their backs.

Tripathy and others use the term “augmented intelligence” here to describe the ideal (rather than the more dystopian future scenarios) partnership between people and machines, with automation and DX as its foundation. Most definitions of the term mix human experience and ingenuity with machine intelligence and scale.

“While automating processes can be beneficial, the real value is how technology empowers people to innovate, build better products and services, and ultimately drive long-term value for all,” Tripathy says.

While the term augmented intelligence naturally leads any discussion to disciplines like machine learning and other AI fields, the human-machine relationship that it describes is fundamentally connected to the relationship between automation and digital transformation: They can make each other better.