4 tips for transitioning into an IT management role

Leadership is a skill that takes training and practice. Consider these real-life leadership lessons, learned the hard way 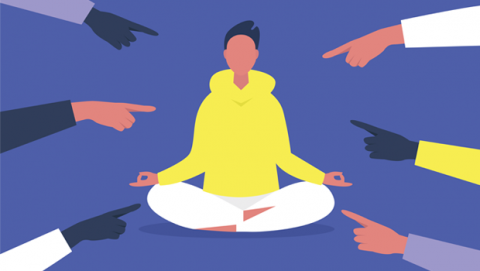 When I was 24 years old, I was promoted into the executive suite with little more than a prayer. The fact that I lasted six years in this job was a downright miracle. Since then, I’ve learned a ton through personal experience and from the clients that I coach, who face untold leadership struggles.

1. Management isn't for everyone

All too often, people are promoted into management roles because they’re next in line for the job. This is a common occurrence, especially among IT professionals. You’re the most technically competent person on the team, so it stands to reason that you should be rewarded with a management role, regardless of your interest or your interpersonal skills.

Great losses occur when an individual who isn’t management material is promoted. The company loses a great technical resource because there isn't time for them to work on technical challenges. The people who are now under this person’s domain quickly become dismayed working for a manager who isn’t cut out for a leadership role. Productivity drops as employee turnover rises. The financial loss to the company can be astronomical!

That’s why I advise my clients to be very careful about whom they place into a management role. Take your time and be sure the candidate you’re considering shows strong leadership qualities.

The higher up in the organization you go, the lonelier it gets. Many people try to “fake it until they make it,” but that’s a tough act to keep up. Fear of being seen as weak keeps many leaders from asking for help.

It’s essential to have someone to help you navigate the choppy waters that all leaders experience. Some leaders are fortunate to work for an organization that supports executive coaching; others hire a coach independently. Another approach is to form a peer group of leaders in similar roles at other organizations. If you choose this option, consider engaging a facilitator to ensure your meetings stay on track.

3. Having a seat at the table doesn't mean you have a voice

Early in my career, I was an executive who got to sit at the long table with people who, on paper, were my peers. I thought I was something else until the day I discovered that what I had to say held very little weight with these colleagues.

I quickly learned that to be taken seriously, I first needed to do some solid relationship-building with those who held power in the organization. I set up lunches with my colleagues, extended help where I could, and hired a coach to help me navigate the politics that were taking place daily.

It took a while, but eventually, my colleagues began to pay attention when I spoke. I credit my coach with this transformation, as he was the one who encouraged me to slow down and invest my time wisely in building relationships up, down, and across the organization.

4. Letting go is good for the soul (and employee engagement)

Many leaders struggle with letting go of their day-to-day responsibilities. They try to control and monitor everything personally. The result is a team of demoralized workers who will likely seek employment options elsewhere.

If you’ve ever worked under a leader like this, you know how challenging it can be to stay engaged. A former client of mine, for example, worked for a CEO who insisted on attending every meeting. My client hung in there as long as he could, but after one call from a headhunter, he moved on.

Micromanagement is about mistrust. The micromanager believes that they can do things better or faster than anyone else. What micromanagers usually fail to understand is that their behavior causes long-term problems.

Team members of micromanagers often feel demoralized. They begin to question their purpose at work and whether their boss values their input. Some employees kick back and ride the wave, figuring their manager will make corrections regardless of what they do. Others look to escape. Meanwhile, the micromanager is stressed out because there aren’t enough hours in the day to do their job and everyone else’s. It usually takes an intervention to get these leaders back on track.

Reformed micromanagers usually have experienced an epiphany. Perhaps they’ve received a 360-degree assessment that reveals their behavior, or perhaps someone they respect calls them out on their conduct. These leaders eventually realize that employee engagement depends entirely on the very trust they’re eroding.

Topics
IT Strategy
IT Retention
IT Talent
Leadership 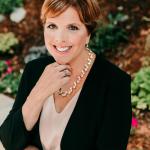 For more than 25 years, Roberta Matuson, president of Matuson Consulting, has helped leaders in highly regarded companies, including General Motors, Takeda, and Microsoft achieve dramatic growth and market leadership through the maximization of talent.
More about me