The traditional hierarchical workplace model is evolving to become more collaborative and balanced. Refresh your perspective with these key principles of radical collaboration 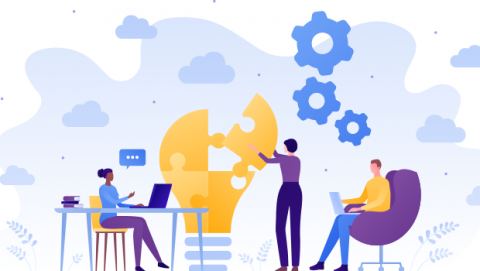 If the Great Resignation has taught us anything, it’s that people are fed up with bosses and bureaucracy. But is there a viable alternative to the traditional corporate hierarchy that we’ve all come to know and hate?

A traditional organization that sets its sights on radical collaboration is left with the question: How does a company become radically collaborative? The answer lies in four conceptual imperatives:

Team autonomy: Radically collaborative organizations create the conditions for everyone to find meaning and fulfillment in their work by clearly defining the how, what, who, when, where, and role for each employee.

Managerial devolution: When managers are no longer in a dominant position, they are often able to sense and respond to tensions and adapt to new socioeconomic conditions more rapidly.

Deficiency gratification: By creating high levels of interpersonal trust, radically collaborative environments can take bigger risks and innovate through the rapid exploration and testing of ideas.

The radically collaborative pioneers featured in my book, A Radical Enterprise, have adopted a bevy of techniques in order to help their members co-create a culture of radical collaboration. Here are six practices you can use to jumpstart your transformation:

Outcome teams are cross-functional and aligned to the delivery of user value while being radically decoupled from codebases. In order to deliver user value, an outcome team may directly modify and deploy any and all codebases within the organization, regardless of who created them or normally maintains them.

This is a practice in which two engineers radically collaborate on programming by sharing the exact same computer at the same time and developing the software together, passing the keyboard back and forth. Since pairing within and across teams breaks down knowledge silos, this practice is a key enabler of achieving the outcome team paradigm at scale.

A rigorously efficient process for the collective evolution of an organization’s structure and roles, holacratic governance enables anyone in the organization, at any time, to raise up an organizational tension and have it immediately processed and resolved. This practice eliminates the dysfunction-generating ambiguity around roles that traditional hierarchical organizations suffer from.

Named after its proponent, W. Edwards Deming, the forefather of Lean manufacturing, this pay system replaces the biased and subjective compensation processes found in traditional hierarchical organizations – like annual performance reviews by managers – and replaces it with a pay system in which everyone in the organization receives a predetermined, transparent salary that is then automatically incremented every year through pre-determined, transparent annual raises. Profit sharing, like the quarterly dividend, is also distributed equally among all members.

Radical collaborators start each day by sharing with each other a score between one and ten that represents how balanced they feel between work life, home life, and spiritual life. It’s a tool for increasing transparency, vulnerability, and empathy while also helping participants calibrate with each other at the beginning of a collaboration.

After a challenging conversation, sit down with a piece of paper and draw a line down the middle, dividing it into two columns. On the right column, transcribe the conversation from memory. On the left column, write down the thoughts you were having but failing to vocalize. The delta between the two typically reveals a good deal of defensive reasoning within yourself, as opposed to candid vulnerability.

Although a radically collaborative transformation can proceed gradually and incrementally, its eventual success will depend largely on the degree to which the new structures and practices within the organization embrace all four imperatives. 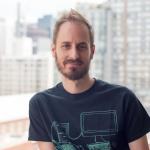 Matt K. Parker is a writer, speaker, researcher, and third-generation programmer. Over the last two decades, he's played a variety of roles in the software industry, including developer, manager, director, and global head of engineering.
More about me