Diversity in IT: 3 key components to enable meaningful change

The tech industry remains notoriously lacking in diversity. Three IT leaders from different industries discuss how to make change happen from the inside 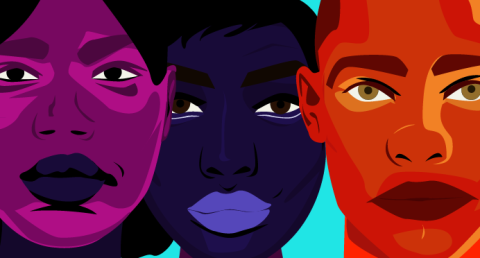 At a recent Tech Titans Industry luncheon, I had the honor of moderating with three distinguished leaders of change on how to improve diversity in IT: Michael Pegues, CIO, City of Aurora, IL; Tanya Hannah, former CIO, King County, State of Washington; and Onyeka Nchege, CIO, Novant Health.

While all three panelists agreed that the tech industry has a long way to go to become more inclusive, they shared some thought-provoking practices – and three imperatives – that IT leaders can apply in their own organizations. Let’s explore these.

For Nchege, it’s about making sure that the upcoming generation gets pulled forward, and that its members have opportunities that he not only never had, but did not even know existed. “Each one reach one – each one teach one” is the mantra he advocates.

Nchege says that Novant Health is developing a diversity, equity, and inclusion (DEI) program to reach young Black talent. The digital products and services organization (DPS) runs a student and team member career development program that offers paid and unpaid internships. Participants can work with the DPS team on opportunities that other internships don’t generally provide.

Hannah notes that King County in the State of Washington provides advice and guidance on technology, augmenting digital literacy by expanding broadband service. Internet affordability remains a problem for families in underserved communities, she points out, adding that when families don’t have access to the internet, they don’t have access to information.

The public and private sectors must come together to impact the community. When Pegues was offered the position of CTO for the City of Aurora, IL, he pushed for the CIO job instead. The reason, he explains, was that the CTO role focuses solely on technology, whereas the CIO has the opportunity to not only manage people in the company but also to enable outcomes for the people in the community. The role of the Public Sector CIO is not just about enabling the technology infrastructure and collaboration platforms for internal employees; it also includes purposeful engagement with the residents of the communities they serve directly or indirectly.

Hannah learned to play golf, she says, because all the men in her organization played golf: “How could I be in the room if I am not doing the same things as others?”

Although she took this initiative upon herself, leaders who care about diversity can – and should – reach out to bring people who don’t look like them into activities during work hours and other social work-related outings.

By the same token, Black leaders must reach out to others who look like them as well. “I have never had a mentor/sponsor who looked like me,” says Pegues.

“As simple as it sounds, engage in recruiting,” says Nchege. When his employer wants to hire, Nchege shares the job post with his network to increase the chance of recruiting a diverse pool of candidates. Be purposeful and intentional about engagement that opens up opportunities for the Black community, the panelists advise.

Be purposeful and intentional about engagement that opens up opportunities for the Black community.

Pegues takes his CIO role seriously when it comes to driving community impact and engagement. For example, Aurora STEAM Academy – a partnership between the City of Aurora’s IT Department and Youth Services Division, APS Training Academy, and TinkRworks – offers a unique free learning opportunity for Aurora students to explore the interconnections of science, technology, engineering, arts, and math in a co-curricular after-school environment. Subsidized by the City of Aurora, Aurora STEAM Academy strives to empower students and close the digital divide. The program started with 50 kids in 2021, expanded to 750 in 2022, and in 2023 aims to serve up to 1600 disenfranchised kids from low- to moderate-income families.

It benefits everyone to think about what they can do to increase diversity within their company, Nchege says. And to that end, training on the positive impact of diversity matters.

Ten percent of all Black students attend a historically black college or university (HBCU), and 20 percent of all Black graduating students attend an HBCU. Students coming out of these schools have some of the brightest minds in our midst. What if your company had a program to recruit and/or mentor these graduates? The benefits would be double-sided.

Hannah cites a McKinsey study about how organizations with women leaders improve things for all employees. Keep this in mind when considering who to promote within your organization.

Training is not just about the do’s, it’s also about the don’ts. For example, disarming micro-aggressions is an important way to “train” the biased mindset. Stopping or deflecting potentially hurtful comments or actions by expressing disagreement, challenging what is said or done, and/or pointing out its harmful impact can all help to shift attitudes.

A seat at the table

Several years ago, Nchege and his leadership team were meeting with a vendor. Throughout the meeting, the vendor consistently addressed one of the white male managers on Nchege’s team, who happened to be sitting at the head of the table. That manager tried shifting his gaze to Nchege to imply that he was the decision-maker, but the vendor continued to address the manager, even asking him if they could seal the deal. The manager responded by looking at Nchege and saying, “You should ask him.”

Nchege asked the team to leave the room and told the vendor directly that he had made an assumption and that based on this behavior, there would be no deal.

On the topic of unconscious bias, Hannah points out that the loudest person in the room is usually perceived as the most knowledgeable and the one who is driving change. But often, she says, the real change-makers are the quiet people who listen. It is important not to underestimate or make assumptions about people when you first meet them.

Pegues, on the other hand, takes a different approach: He always sits at the head of the table when he is in charge, leaving no ambiguity!

Change must start at the highest level, Pegues says. Without leadership support, it does not stand a chance. Your team members must be courageous enough to stand up and express themselves, so make sure that they feel free to do so. Changes happen top-down and bottom-up: If you say you are going to focus on diversity, mean it.

On the issue of diversity in technology, there is hope for positive change – but hope by itself does not make things happen. Actions do. And to that end, Pegues says, “Change starts with you.”

Consider these your mantras for creating meaningful change in the culture of your IT organization.

[ Learn how CIOs are speeding toward goals while preventing employee burnout in this report from Harvard Business Review Analytic Services: Maintaining Momentum on Digital Transformation.] 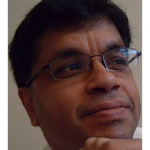 E.G. Nadhan is the Chief Architect and Strategist for North America at Red Hat. He provides thought leadership on various concepts including Cloud, Blockchain, Analytics, and the Internet of Things (IoT) through multiple channels including industry conferences, executive roundtables as well as customer-specific executive briefing sessions.
More about me