Stepping into a new leadership role? Here’s how to avoid getting 'nibbled to death by ducks' 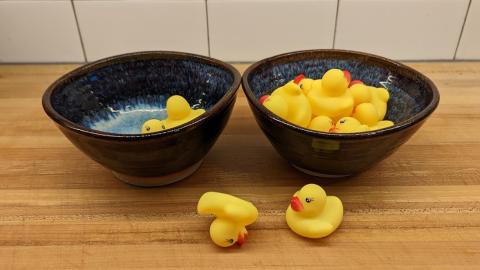 In most organizations, when employees perform well, they are promoted to a higher position: from staff member to team lead, for example, from team lead to supervisor, and from supervisor to manager. At each level, the expectations for that role change. As these new leaders step into the role, they need to let go of previous responsibilities so they can take on new ones.

Giving up old tasks can be challenging. You might have excelled at those tasks and doing them might have become comfortable. But to focus on new things in your new role, you need to let go of the responsibilities and tasks from your old role.

Nibbled to death by ducks

Trying to take on new leadership responsibilities while also trying to do the tasks from an old role can lead to stress and burnout. Here’s a real-world example of how changing your perspective can help you focus on your new responsibilities.

My friend had recently been promoted from a staff position to become the supervisor of her team. She was very good at her old job, and despite her new position, folks continued to ask her to help solve problems. This became a time sink.

She described the constant drain on her attention as “being nibbled to death by ducks.” By the end of each week, she felt she hadn’t accomplished enough of her new goals because she was always being asked to do tasks from her previous role.

I gave her this advice: Find a way to visualize the problem. Using her example of “being nibbled to death by ducks,” I encouraged her to buy a bunch of tiny rubber ducks (you can find them at most dollar stores) and set out two bowls, loading one with rubber ducks and leaving the other one empty.

“Whenever you find yourself solving a task from your previous job,” I said, “move a duck from one bowl to the other.” She did this at the start of every day as a visual reminder of how much she was being nibbled to death by ducks.

The goal is not to end up with no ducks in the second bowl – that is probably not realistic, at least at the beginning. Instead, focus on moving fewer ducks over time. Your daily goal is to move fewer ducks than the day before.

Visualization can be a powerful motivator. At the end of every day, my friend was able to observe how often she had been distracted by fulfilling her previous role and how well she had focused on her new responsibilities. Within just a few weeks, she moved only a few ducks. Soon after that, she didn’t need the reminder; it had become a new habit.

Today, I use this example in my IT leaders training program (I even provide the rubber ducks!). Many attendees have transitioned into a new leadership role, and they appreciate how the ducks provide a great visual reminder of daily distractions and help them stay focused on their new role.

If you are moving into a new role and are struggling to leave the responsibilities of your previous role behind, use a similar visualization. Avoid getting nibbled to death by ducks and focus on leadership. 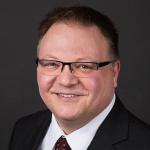 Jim Hall, CEO of Hallmentum, is an innovative, high-achieving Senior IT Leader with over twenty years' experience in IT Leadership. Jim believes in developing the next generation of IT Leadership, to help IT organizations better respond to the changing technology landscape.
More about me