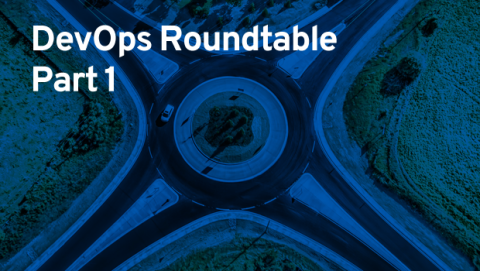 Part one of a five-part DevOps series.
Part 1: What's creating demand for DevOps?
Part 2: The role of the cloud
Part 3: Tips for making DevOps a reality
Part 4: Surprises born out of DevOps
Part 5: Measuring success in a DevOps culture

INTRODUCTION: DevOps, the emerging IT methodology that advocates a collaborative working relationship between Development and IT Operations, is a hot topic today as companies strive to deploy applications faster, more reliably, and more securely. It’s easier said than done, however, when internal camps are sharply divided.

On one side, there’s a customer-facing group of developers who are motivated to change things rapidly. On the other, there’s an infrastructure operations group whose mission is to standardize and reinforce stability. So how should an IT executive encourage, oversee, and participate in the formation of a DevOps culture? The Enterprisers Project assembled a group of seasoned IT leaders in an interactive exchange to find out.  Here are highlights from the conversation.

On Drivers for DevOps

The Enterprisers Project: What is creating demand for DevOps in your organizations?

Tom Soderstrom: The demands for DevOps are increasing dramatically because we have to develop so many more things much more quickly—and the one-size-fits-all model where you have years of budget for one thing is not there anymore. In the end, what is driving it for us is the need to automate everything.

Lee Congdon: Our journey started a couple of years ago, but we really got serious last year when we visited Netflix and Facebook and learned that they're pushing hundreds of changes into production globally on pretty much a continuous basis. We were being driven by a need for fast responsiveness to our business and the reality that our production team didn't have visibility into the priorities that our internal customer-facing team did.

Pete Buonora: At BJ’s we are at the beginning of transforming to more of a DevOps culture in some areas such as mobile app development and e-commerce. We’ve started to see there are conflicts between the processes that we have in place and the DevOps mentality. It is easy to fall back into a waterfall mindset, but we need to be able to iterate on consistently to meet business needs.

TEP: What does DevOps look like in your organization in early 2014? Have there been challenges in making it real?

Merv Tarde: We look at areas of business that need fast turnaround for DevOps and use more of a waterfall approach for back office areas. When we moved to an agile methodology several years ago we were putting out functionality or complete applications as quickly as the business needed them. We haven't really seen a problem from the business point of view because of the close coordination that we have around our Officers table. From a DevOps perspective I would say that it's the agile approach that we are moving toward because of the response of that group.

Tom Soderstrom: We do a lot of prototyping, and those prototypes are DevOps. A prototype is developed for testing, then handed over to Operations if it passes muster and becomes a pilot. We bring the developer along to transition it. We’re kind of half-and-half now. A few years ago we were completely not DevOps.

Lee Congdon: We reorganized in the third quarter of last year and actually put the Operations and Information Security Team in charge of IT Enablement. We added the DevOps folks to that group so that they took ownership and created a much more agile end-to-end process. My folks taught me that it's all about automation and being able to quickly move development projects to the various stages and put them into production without having to do a lot of manual work and infrastructure tasks.

Pete Buonora: A lot of it is just moving on from traditional IT things we have always done and bringing in some of these new approaches and thinking about how we apply them properly so we’re delivering our business value in the time needed. For example, we’re seeing how cloud computing can enable some of these things and how building up our internal capabilities, step-by-step, will deliver more automation. These are things that smaller DevOps cultures and companies have been using for a number of years, but for us it's quite a shift.

In part two of our roundtable discussion, Merv Tarde, Lee Congdon, Tom Soderstrom and Pete Buonora will discuss the role of the cloud in DevOps. Stay tuned.

What's creating demand for DevOps in your organizations? We'd love to hear about your experiences in the comments section.