How do CIOs deal with agile and DevOps? 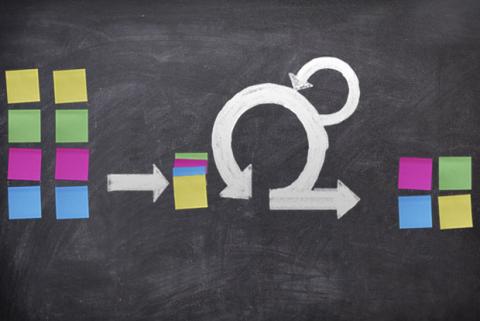 The Enterprisers Project (TEP): The shift from traditional waterfall software development to agile seems to be in full force. Are you noticing it in your travels?

STIBEL: It has been shockingly top of mind with many of the CTOs I’ve spoken to recently. I was at a meeting with a company recently and at the end of the day one of the executives said to me, “How do you deal with agile?” I just started laughing because I knew exactly what he meant. The people that come from the old waterfall days are used to a world of, “Hey, this is what the rest of the year looks like or this is what the next five years looks like, and this is what it’s going to cost.” Then you get in this agile mode and you only know what the next week is going to look like. Now product and engineering teams are doing really cool things without much of a deadline. When they’re done with something they can go out with it. In that culture, a traditional CIO may have problems dealing with his or her CMO or CEO when it comes to deadlines. I think it’s going to become an increasingly big issue.

TEP: You’ve been using DevOps in your organization to drive faster delivery for at least a year. What has it been like to live through that transition?

STIBEL: We had to redeploy our entire organization. In the first two years, we went crazy fast and did something incredible. Since then we’ve been able to implement true agile and move to rolling releases and then partly to continuous integration. The moves we’ve made from multi-version releases to rolling releases then continuous integration have created massive advantages. When we were just doing multi-version releases it was so painful. We’d wait for the selling day to end at 7 PM. We’d do the release. We’d get dinner for everyone. We’d be here until 3 in the morning at times. God forbid it didn’t work by 3 in the morning; we’d have to roll back and start over another day. It was horrible. Work-life balance was a mess. The efficiency of the team was a mess. We decided we couldn’t kick the can down the road anymore, so our head of engineering and his team came up with a killer rolling release plan and organized a really strong DevOps team. One of our most senior engineers/architects is no longer on projects; now he heads up DevOps.

TEP: How do you look at measuring the other impacts of a DevOps group and Agile development?

STIBEL: We track stats very closely for each story, epic, and ticket in each release.  Engineering and PMO have their KPIs, but the one I focus on for DevOps is the ratio of revenue producing or product tickets versus non-revenue tickets in each release.  A high ratio means our productivity is visible to the rest of the organization and helps the top line.  A low ratio means, even while being very productive, the productivity is targeting technical debt and bugs. The amount of products and product enhancements we have rolled out has probably gone up by 20, 30, or 40 percent in the latter half of the year. More importantly to me, the happiness of the team has improved materially. There is no calling your wife or your husband saying, “Hey, I’m not coming home today.” We don’t have that anymore. When releases don’t go well, they don’t go well at 2 p.m., and we can figure out how to deal with it during the workday. None of this is brain surgery. It’s just hard to switch. You have to build a lot of technology on your platform and you have to build an organization for it. We made the investment this year and it has paid off in spades.