Is the Internet of Things an opportunity for the CIO? 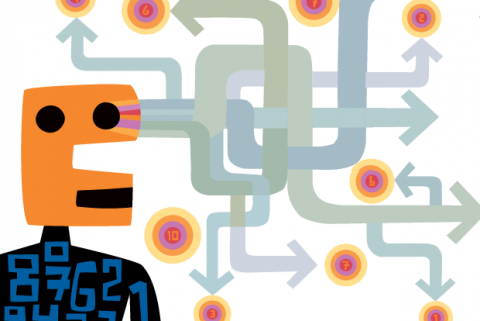 As technology advances, the CIO’s role continues to shift. Growing numbers of CIOs are now focusing on aligning IT initiatives with business goals, according to the 2013 State of the CIO Survey. In fact 63 percent of respondents said they spend the majority of their time and focus on aligning IT initiatives with business goals, followed by improvements to IT operations and systems performance (54 percent), implementing new systems and architecture (50 percent), cultivating partnerships between IT and business (45 percent), and cost control and expense management (40 percent).

Today’s CIO needs to think strategically about how technology is going to allow the business to operate faster and with more flexibility. Yes, the CIO is becoming a more important and integrated part of the business.

Now let’s add the Internet of Things (IoT) to the discussion. While a world where devices, objects and things will communicate with each other (and perhaps with humans) has been talked about for years, it is a reality in retail transport, logistics and other industries. Many organizations are researching and starting trials.

What does this mean for the CIO? How will it impact the CIO’s role within an organization? Some say this is a huge opportunity for CIOs. How? They can offer the leadership their companies will need as they navigate through the challenges of interconnectedness. Like any new technology deployment, CIOs need to come up with a plan of where the technology should be used for the greatest benefit to the business.

Gartner has some advice for CIOs on what they should do now. First, determine the information needs your organization has from its own Internet of Things. Then, create a team that will build knowledge, skills, and partnerships to take your organization into the future. Next, be sure your big data efforts are aligned with your IoT strategies because data analysis is the driving force behind IoT.

Debra Bulkeley is Senior Managing Editor for the IDG Enterprise Custom Solutions Group. She began her career in technology in the mid-1980s, launching, managing, editing and writing for magazines and web sites. In the custom group at IDG Enterprise she works with clients on custom programs that span white papers, videos, webcasts, social media campaigns, virtual conferences, and web sites.
More about me