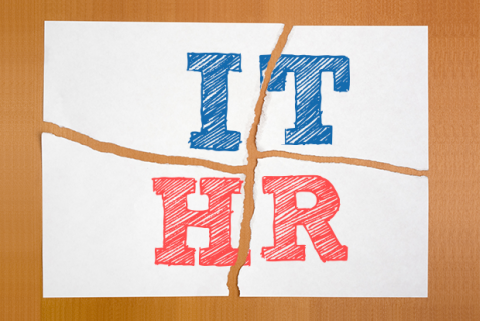 An Interview with Merv Tarde, VP IT and CIO, Interstate Batteries

Merv sets the strategic direction for IT at Interstate Batteries and oversees all IT based networks, systems and resources serving customers throughout the Interstate Batteries System. He is also responsible for Interstate’s office facilities and real estate. Prior to joining Interstate in 1998, he spent over 20 years in Telecom starting with Bell Laboratories and ending up with AT&T Wireless where he held several executive-level positions.

THE ENTERPRISERS PROJECT: IT and HR often seem at loggerheads when it comes to recruiting. What ways have you found to work with HR to identify candidates?

TARDE: I can understand that trying to get good candidates is tough. What we’ve done here is to work closely with my counterpart who runs HR and also happens to be our General Counsel. He has put in place what he calls Business Partners. Those are people in HR who look over different areas of the company from an HR perspective.

The person who looks over IT is also his manager of recruiting. And she came to us about three years ago and her background was IT recruiting. She does a very good job of finding us worthwhile candidates. Of course some jobs are just hard to fill, and for those, after our Business Partner has tried for three to four months, then we will outsource it. I’ve never had a problem in going to her and basically saying, “We’ve tried long enough. Let’s go ahead and outsource this thing.” If we can fill it internally, we do. And I would say of all the positions we’ve filled over the past couple of years, 85 to 90 percent have been filled by her or her staff.

TEP: Your HR Business Partner obviously has a wonderfully relevant background to work with your group. How does she work with you to identify what you’re looking for and keep her eye on the horizon for new candidates?

TARDE: Well she does it for the whole corporation, first of all. But she has techniques for how she identifies candidates, whether that’s through social media or different types of advertising. We don’t do any newspaper ads or anything like that, but we do advertise on our website for all positions except for director or officer level positions.

Usually to gather requirements she goes directly to a hiring manager, has them fill out a questionnaire so she knows exactly what we’re looking for and how we’re looking for it, and what are the top priorities in that position and what skill sets we need to have. So that by the time she hands that to one of her three recruiters, they can pretty much go through a list of candidates and narrow that to four or five, send that to the hiring manager and they can say Yes or No as to whether they want to do a phone screen with them.

That has worked out rather well, though it usually takes a couple of weeks to get candidates we want to talk to, but that’s how long it takes to do the research. We can’t say we have an opening and two days later have an interview. We’re not that lucky!

TEP: Let’s assume you’ve just made a hire you’re excited about. Would you rather have a superstar IT team performer for one year or an excellent performer for three years?

TARDE: I would rather have an excellent performer for three years, personally, because we invest a lot of time, effort and money into our people. And I’d like that person to be around for a few years. My previous boss, who was the CEO and had been my only boss for the entire 15 years I’ve been here, his philosophy was “Hey, give me a superstar and I’ll take that person and get all I can from them for a year and if they need to go somewhere else, at least I got one great year out of them.” And that’s true, you can do that, but I think it’s better to have them here for several years and show them that it’s a challenging environment, it’s a worthwhile environment and our company has a lot of opportunity ahead of us and try to show them this is a place they want to be. You can always go somewhere else for more money, if that’s what you’re after.