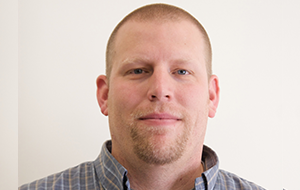 Jason Wudi serves as the chief technology officer of JAMF Software, the leader in Apple device management. For the last nine years, Jason has been an integral part of JAMF Software, which helps over 5,500 customers across commercial, education and government verticals manage more than 5 million Macs, iPads and iPhones.Prior to his role as CTO at JAMF Software, Jason held the positions of director of services and support and chief cultural officer. He previously spent seven years in the information systems services department of the University of Wisconsin, Eau Claire.Jason has been quoted in publications such as the Wall Street Journal, Business Insider, ITworld, CIO, Computerworld, Macworld, NetworkWorld, and IT Business Edge. He is an experienced speaker who has spoken at JAMF Software’s annual user conference, JAMF Nation User Conference.

Looking for IT talent in all the wrong places

A recent report found that California is the place to be for IT talent. The study, from nonprofit...

3 must-have soft skills required for success in IT

Most IT employees know that success at their jobs is entirely dependent on their skills. But they...