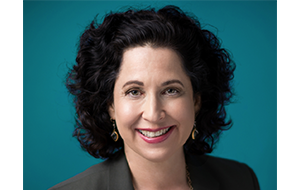 Martha Heller is president of Heller Search Associates, an executive search firm that specializes in IT leadership positions nationwide across all industries. Her first book, "The CIO Paradox: Battling the Contradictions of IT Leadership" (2012) has become a must-read for IT executives at all levels, and established Heller as one of the most respected voices in the technology industry. Heller has been a contributing writer for CIO.com since 1999, and in 2004 she founded the CIO Executive Council, IDG’s professional organization for CIOs. Target research recently named Heller as the top influencer of U.S CIOs in the human resources category, and number two overall. As a highly sought after public speaker, Heller has appeared at the National Retail Federation, the Technology Business Management Council, Harvard University, ServiceNow, and Cisco. She is on the selection committee for the CIO 100 awards and the TBM awards. Heller received a B.A. in English from Hamilton College and an M.A. in English from SUNY Stony Brook. She lives in Westborough, Massachusetts with her husband, two daughters, and her beloved little dog.

After interviewing 40+ CIOs, executive recruiter Martha Heller shares insights for the "New Era of IT"

If you currently hold the role of CIO, or you aspire to, chances are you know Martha Heller. Perhaps...