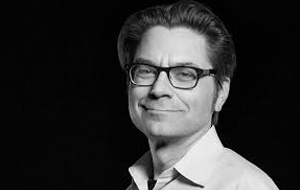 Otto joined CA on June 15, 2015. As a 25-year industry veteran, he has a passion for innovation and development. He has extensive experience leading the development of cutting-edge products and technologies. An early champion of mobile computing, he led the development of touch-based technologies, user interfaces, hardware architectures, and physical designs that were the forerunners to today's tablets.

Before joining CA, Otto served as the chief technology officer at HBO, where he directed efforts that created and delivered innovative digital technologies and products such as HBO GO®. During his tenure, HBO GO became one of the most popular streaming services in the U.S.

Previously, Otto spent 18 years at Microsoft and was one of the four original founders of Xbox. As Xbox's first architect, he led its technical direction. He started his career at Microsoft as a senior software developer, where he worked on the first version of the Windows NT operating system, and re-wrote Microsoft's OpenGL implementation. He led Microsoft's OpenGL and DirectX graphics development groups in Windows during the formative years of the evolution of the modern GPU.

Earlier in his career, Otto served as a senior developer at both Autodesk where he wrote the graphics engine and user interface for the first Windows-based version of AutoCAD.

An advocate of diversity, he is a member of the University of Vermont’s STEM leadership council where he is focused on addressing gender, racial, and economic gaps across all of the STEM disciplines.

Otto earned a bachelor’s degree in physics from Middlebury College in Vermont and a master’s degree in computer science and electrical engineering from the University of Vermont. He is co-inventor on and holds multiple patents spanning design, mobile device interaction and core computing technologies.

How do you win the talent wars? By creating an “internal software factory,” according to Otto Berkes...