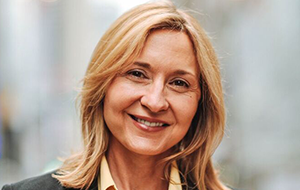 Pamela Rice has served as OnDeck’s Senior Vice President of Technology since March 2014. Prior to joining OnDeck, Ms. Rice was an early senior technologist and led credit product development at Bill Me Later, Inc. from July 2005 until it was acquired by PayPal, Inc., a subsidiary of eBay, Inc. in October 2008. She led Credit Underwriting including Global Credit Technology at PayPal, Inc., from October 2008 to February 2014. Ms. Rice holds a B.A. from the University of Hawaii, an M.S. in Information Systems from Johns Hopkins University and an Executive M.B.A. from Loyola University.

After watching digital upstarts disrupt traditional financial services over the past decade, it was...