3 ways to increase transparency in your IT group 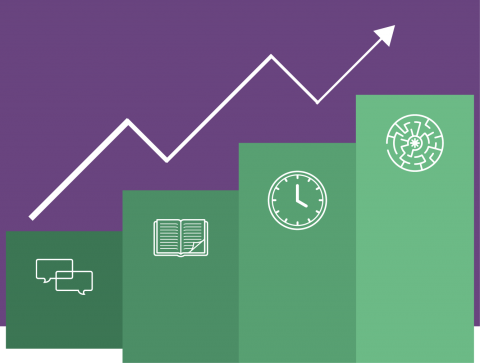 If you’re looking to increase openness and transparency in your IT organization, chart a deliberate course. That’s particularly important if you join a company where IT is a four-letter word and hasn’t been set up to deliver. I knew I had my work cut out for me when I arrived at the American Cancer Society and our president said to me, “Half your job is going to be rehabbing the image of IT, and the other 100 percent is going to be delivering a world-class IT organization.”

So how do you create transparency where little or none exists?

1. Open up the black box. If your IT culture is seen as one where things go in but never come out, develop a very deliberate and planful communication strategy. Over-communicate on exactly what IT is doing, where you are with things, and where your pain points are. I did a survey right out of the gate to both internal IT and external stakeholders to find out, “Hey, what’s not working?” (be prepared to hear what people really think on this question. It can look ugly.) And open your door, quite literally. That way people know they can pop in with ideas.

2. Liberate authority. People can feel highly disenfranchised if only certain people in IT have decision-making rights. Where you can, push budget authority down while communicating what the budget is, and why. Empower people to make decisions. At the American Cancer Society, we implemented a quick-win methodology where anybody in IT was able to take time within their schedules to spin up a small, innovative piece of work and tinker, either on 30-, 60-, or 90-day timelines. It could be a process improvement. It could be a technical idea. It could be a personnel team-building function. It could be anything.

3. Celebrate excellence. To rebuild trust and transparency, reward people for a job well done.  At the American Cancer Society, we developed what we call IT CODE, which stands for Integrity, Teamwork, Communication, Ownership, Dynamic, and Excellence. We give an annual award to the folks who embody IT CODE best over the previous year. We’re celebrating excellence, of course, but just as important, we’re executing on an idea that people from our Divisions – not executives – developed. Even better, IT CODE is now baked into all of our performance appraisals, including mine.

What has the dividend of transparency been at the American Cancer Society? People feel more connected and more appreciated. We see better delivery and ownership. People stay longer. They take more pride in their work. We deliver more projects. Our customer satisfaction is up. I can’t attribute all of this to focusing on more transparency. But if you’re looking to bring your IT organization to the next level, transparency in all its forms can be a big part of it.

Jay Ferro is currently Chief Information Officer for the American Cancer Society (ACS), a nationwide, community-based voluntary health organization dedicated to eliminating cancer as a major health problem. Headquartered in Atlanta, Georgia, the American Cancer Society has hundreds of local offices nationwide and presence in more than 5,000 communities. Jay is responsible for the people, strategy and operations of the Global Information Technology organization. Additionally, Jay has been a leader in ACS’s historic transformation, which includes the consolidation of 12 independent divisions into one agile and focused global entity dedicated to saving more lives and curing cancer. 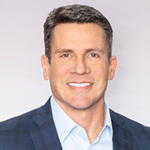 Jay Ferro is currently EVP, Chief Information & Technology Officer for Clario, a global data and technology company that minimizes risk and uncertainty in clinical trials, so that organizations can move ahead quickly – and with confidence.
More about me