State of Illinois CIO: Inside a state digital transformation

Hardik Bhatt, CIO of the State of Illinois, sought to become the nation’s first Smart State — a process that required reorganizing its 38 IT departments into one, improving government services, and finding new sources of innovation to apply to its revenue model. Within 18 months, Illinois rose in national rankings from the bottom fourth of state governments to the top third.

Bhatt recently won the Nonprofit CIO of the Year award from the Chicago CIO Leadership Association. We asked him to share more about the state’s digital transformation, how they support innovation, and leadership lessons he’s learned.

TEP: The State of Illinois rose in rankings through digital transformation and by owning the vision of becoming the first Smart State. Can you highlight the projects and efforts that made that possible?

Bhatt: We focused on three initiatives: smart IT, digital government, and a smart state.

In the smart IT bucket, we sought to shift IT from running like a back-office shop to a business that enables our organization. Part of that meant breaking down our 38 siloed IT departments and merging them into one, called the Department of Innovation and Technology. This brought 1,500 employees together. We organized this new department into seven horizontals, which include cybersecurity, project management, application development, and infrastructure, for example, and seven verticals, like health and human services, public safety, tourism, etc. Each of those seven clusters has a CIO who provides leadership for all of the agencies, and they all report up to me.

The second initiative was digital government, in which we wanted to look at the government processes and the services that we provide and start using the current generation of tools to provide better services both to our employees, which are our customers, and to our citizens, which are customers of state agencies. We doubled-down on data, building a robust state data practice with an assistant chief data officer, a data scientist, data engineer, and data architect. We also built an infrastructure that allows us to start bringing data in from various agencies to start building 360-degree views on our customers.

On the customer side, we started focusing on mobile. Within the last 18 months, we’ve built 37 mobile apps or mobile-responsive websites, and our interactions have gone up from less than 1 percent to 32 percent. We’re also moving our workload to the cloud, with the idea of slowly getting out of on-premises and more into a task-based cloud model, since that’s where we can predict our costs and start managing that much more efficiently.

The third initiative was building a smart state, for which we took a three-pronged approach. One was taking smart city solutions like fleet, building, or transportation management and applying that to the government to make it more efficient. Second was making the state an enabler of economy and education – basically, how do we incentivize entrepreneurs and investors to build businesses in cybersecurity, analytics, and IoT in Illinois? And the third was using the state as a platform. We, the State of Illinois, and especially our Department of Innovation and Technology, has statewide procurement authority, which means I can do a contract as a statewide joint purchase agreement and every government entity in Illinois can purchase off that at the state rate.

TEP: In your group, IT stands for innovation and technology – not just information technology. What approaches do you take to drive innovation?

Bhatt: We have an innovation incubator that we built in each of our verticals, which look at what’s going on in health and human services, for example, that we could maybe apply to the government to make our services better. We also have centers of excellence around analytics, IoT, and blockchain in which we bring in multiple business leaders from agencies to share best practices and lessons learned.

TEP: You lead with a “roughly right” mindset during 75-day rolling work sprints – the speed of which you said initially caught the organization off guard. Can you discuss what this transition was like?

Bhatt: It took time. Most businesses are aligned to quarters, but governments don’t really think that way. They think more in four-year chunks because that’s how the election cycles are. So we decided to take those four years and cut them into 75-day quarters in order to make things happen. If a president can get elected on the second Tuesday of November and be sworn into office on January 20th – and learn how to run a country in 74 to 77 days – we should be able to hit a great milestone in 75 days. Every 75 days we have something that shows progress to the governor and the taxpayers. Now, pretty much the entire organization lives in 75-day sprints.

TEP: What is an important leadership lesson you’ve learned over your career?

Bhatt: If you’re looking at doing a major, large-scale digital transformation, you really need to be a good storyteller. You need to come up with a very clear vision and be able to articulate that so you get buy-in not just from management, but also from rank-and-file employees.

The other thing is that all this takes teamwork. You need to really build a very robust, winning team, and build a culture that actually builds itself through momentum and early wins. Also, you need to continuously provide good news like wins – you can’t just focus on large platform changes and come back two years later with good news.

And lastly, you need a champion at the top level. Having the governor be the champion of technology transformation is critical. You need your CEO to champion what you’re doing. 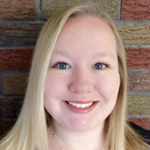 Kristin Burnham is a reporter and editor covering IT leadership, business technology, and online privacy and security.
More about me 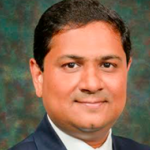