CIOs are strong COO candidates, says Brad Cowles, who recently made the jump 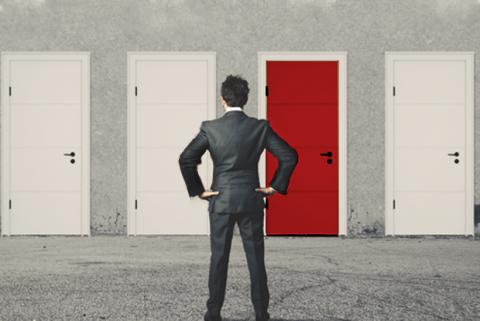 Ten years ago, a majority of the CIO’s job was to keep systems up and running: the infrastructure, telephones, networks, and servers. Today, these responsibilities represent a smaller piece of the equation thanks to solutions like virtualization, software-defined data centers, and software-as-a-service.

[ For more on CIO career paths, see our related article, From CIO to CTO: My transition, with Aptean's Jenny Peng. ]

As these operational headaches diminish, a different breed of CIO is emerging — one that has more bandwidth to focus on the business and become more strategic. Sometimes, this new breed of CIO is well-suited to transition into the COO role, a move that I made in February.

My path to COO

Throughout my career, I’ve sought different experiences, which has been key to landing the job I have today. I studied mechanical engineering in graduate school and landed my first post-grad job at Michelin as an R&D engineer. I didn’t transition into IT until about 11 years ago, when I joined Home Depot, where I helped build the company which today is known as HD Supply.

Since then, I’ve held a different role at HD Supply about every 18 months. I’ve been a divisional CIO three different times, then the head CIO, and now the COO of HD Supply Waterworks, a former division of HD Supply, which just went private and will soon have a new name.

Getting out of my comfort zone and leading in areas in which I’m not necessarily an expert has been important for my professional growth. These experiences help to shape a well-rounded skill set and perspective, which has helped me make better decisions.

I’m often asked how I landed the COO role. At HD Supply, we had a head CIO who was part of the corporate leadership team. Then, in each business unit we had a divisional CIO or VP of IT, too—someone who was positioned to lead the business-specific IT team and be part of that business unit’s senior leadership team. Before I was head CIO, I was the divisional CIO for the Waterworks business.

The president of that business approached me last fall about taking on a bigger role. At that time, we were contemplating a potential sale of Waterworks. I thought that becoming COO of that business would be a great opportunity, even though I’d have to relinquish the CIO role that I loved. I already knew the business really well and I could take on a much broader set of responsibilities.

Moreover, I’d have the opportunity to take that company private and stand it up on its own. I’d be one of the leaders of the new company — a $2.7 billion business. Helping sell the business was a lot of fun, and now, as COO, I’m in a position to be a principal contributor to its future. Waterworks went private on August 1.

Every COO role is different; what’s especially great about it is it can be crafted to meet the gaps in a leadership team or play to the strengths of the CIO. We picked and chose what should be in my role to make it what it is.

"Good CIOs are inspirational leaders, adept at strategic thinking, and process- and measurement-oriented."

I think there are two things about CIOs that make them natural fits for the COO role. First, good CIOs are inspirational leaders, are adept at strategic thinking, and are process- and measurement-oriented. None of these characteristics have much to do with technology; they’re applicable to any business or operation that you want to run more strategically and more efficiently. That’s how you gain competitive advantage. These core attributes that make you a great CIO are very applicable elsewhere.

Second: You can’t do a good job as a CIO unless you really understand the business. In my organizational culture, IT leaders won’t be assessed as effective unless they are trusted business partners. They do this by getting out and learning the business and walking in their shoes. Eventually they build a reputation for “not being an IT person” — but rather someone who really understands the business. These IT leaders are well-positioned to understand the business on a different level than their business peers because they tend to cross units and functions, and learn it from both the front end and the back end.

The CIO role continues to evolve into more of a strategic business partner than a functional leader, and the skills and qualities you need to be a successful CIO overlap to a greater extent than ever with other senior operating roles.  The COO can have a wide variety of responsibilities, which allows the role to be shaped to fit the strengths of a transitioning CIO.  And in the same way that the best IT leaders are those who really understand the business, I believe the best business leaders of the future will be the ones who really understand technology.

I like to imagine that future COO and CEO searches will include “CIO Experience” in their preferred qualifications. 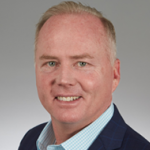 Great interview, Brad. I enjoyed working with you at HD Supply and I know you'll be highly successful as you help lead Waterworks to its next level of success.