7 leadership rules for the DevOps age

DevOps is about continuous change and improvement: Get ready to change your cherished leadership principles, too 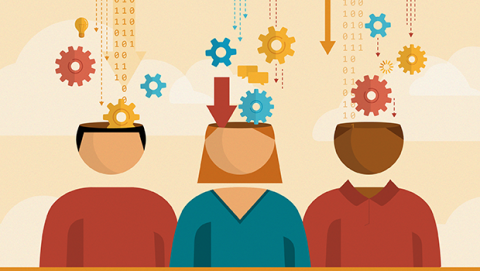 If DevOps is ultimately more about culture than any particular technology or platform, then remember this: There isn’t a finish line. It’s about continuous change and improvement – and the C-suite doesn’t get a pass.

Rather, leaders need to revise some of their traditional approaches if they expect DevOps to help drive the outcomes they seek. Let’s consider seven ideas for more effective IT leadership in the DevOps era.

The word “failure” has long had very specific connotations in IT, and they’re almost universally bad: server failure, backup failure, hard drive failure – you get the picture.

A healthy DevOps culture, however, depends upon redefining failure – IT leaders should rewrite their thesaurus to make the word synonymous with “opportunity.”

“Prior to DevOps, we had a culture of punishing failure,” says Robert Reeves, CTO and co-founder of Datical. “The only learning we had was to avoid mistakes. The number one way to avoid mistakes in IT is to not change anything: Don't accelerate the release schedule, don't move to the cloud, don't do anything differently!”

That’s a playbook for a bygone era and, as Reeves puts plainly, it doesn’t work. In fact, that kind of stasis is actual failure.

“Companies that release slowly and avoid the cloud are paralyzed by fear – and they will fail,” Reeves says. “IT leaders must embrace failure as an opportunity. Humans not only learn from their mistakes, they learn from others’ mistakes. A culture of openness and ‘psychological safety’ fosters learning and improvement.”

[ Related article: Why agile leaders must move beyond talking about “failure.” ]

2. Live, eat, and breathe DevOps in the C-suite

While DevOps culture can certainly grow organically in all directions, companies that are shifting from monolithic, siloed IT practices – and likely encountering headwinds en route – need total buy-in from executive leadership. Without it, you’re sending mixed messages and likely emboldening those who’d rather push a but this is the way we’ve always done things agenda. Culture change is hard; people need to see leadership fully invested in that change for it to actually happen.

“Top management must fully support DevOps in order for it to be successful in delivering the benefits,” says Derek Choy, CIO at Rainforest QA.

Becoming a DevOps shop. Choy notes, touches pretty much everything in the organization, from technical teams to tools to processes to roles and responsibilities.

“Without unified sponsorship from top management, DevOps implementation will not be successful,” Choy says. “Therefore, it is important to have leaders aligned at the top level before transitioning to DevOps."

Even in IT organizations that have welcomed DevOps with open arms, it’s possible that’s not everyone’s on the same page.

[Read our related article, 3 areas where DevOps and CIOs must get on the same page.]

One fundamental reason for such disconnects: People might be operating with different definitions for what the term even means.

"DevOps can mean different things to different people,” Choy says. “It is important for C-level [and] VP-level execs to define the goals of DevOps, clearly stating the expected outcome, understand how this outcome can benefit the business and be able to measure and report on success along the way.”

Indeed, beyond the baseline definition and vision, DevOps requires ongoing and frequent communication, not just in the trenches but throughout the organization. IT leaders must make that a priority.

“Inevitably, there will be hiccups, there will be failures and disruptions to the business,” Choy says. “Leaders need to clearly communicate the journey to the rest of the company and what they can expect as part of the process."

4. DevOps is as much about business as technology

IT leaders running successful DevOps shops have embraced its culture and practices as a business strategy as much as an approach to building and operating software. DevOps culture is a great enabler of IT’s shift from support arm to strategic business unit.

"IT leaders must shift their thinking and approach from being cost/service centers to driving business outcomes, and a DevOps culture helps speed up those outcomes via automation and stronger collaboration,” says Mike Kail, CTO and co-founder at CYBRIC.

Indeed, this is a strong current that runs through much of these new “rules” for leading in the age of DevOps.

“Promoting innovation and encouraging team members to take smart risks is a key part of a DevOps culture and IT leaders need to clearly communicate that on a continuous basis," Kail says.

“An effective IT leader will need to be more engaged with the business than ever before,” says Evan Callendar, director, performance services at West Monroe Partners. “Gone are the days of yearly or quarterly reviews – you need to welcome the [practice of] bi-weekly backlog grooming. The ability to think strategically at the year level, but interact at the sprint level, will be rewarded when business expectations are met.”

5. Change anything that hampers DevOps goals

Declaring your department a DevOps shop while resisting the necessary changes to processes or technologies is like buying a Ferrari but keeping the engine from your 20-year-old junker.

While DevOps veterans generally agree that DevOps is much more a matter of culture than technology, success does depend on enabling that culture with the right processes and tools. Declaring your department a DevOps shop while resisting the necessary changes to processes or technologies is like buying a Ferrari but keeping the engine from your 20-year-old junker that billows smoke each time you turn the key.

“IT leadership has to put an emphasis on automation,” Callendar says. “This will be an upfront investment, but without it, DevOps simply will engulf itself with inefficiency and lack of delivery.”

Automation is a fundamental, but change doesn’t stop there.

“Leaders need to push for automation, monitoring, and a continuous delivery process. This usually means changes to many existing practices, processes, team structures, [and] roles,” Choy says. “Leaders need to be willing to change anything that'll hinder the team's ability to fully automate the process."

While we’re on the subject of change...if that org chart collecting dust on your desktop is the same one you’ve been plugging names into for the better part of a decade (or more), it’s time for an overhaul.

"IT executives need to take a completely different approach to organizational structure in this new era of DevOps culture,” Kail says. “Remove strict team boundaries, which tend to hamper collaboration, and allow for the teams to be self-organizing and agile.”

Kail says this kind of rethinking can and should extend to other areas in the DevOps age, too, including how you measure individual and team success, and even how you interact with people.

“Measure initiatives in terms of business outcomes and overall positive impact,” Kail advises. “Finally, and something that I believe to be the most important aspect of management: Be empathetic."

Beware easily collected measurements that are not truly DevOps metrics, writes Red Hat technology evangelist Gordon Haff. "DevOps metrics should be tied to business outcomes in some manner," he notes. "You probably don’t really care about how many lines of code your developers write, whether a server had a hardware failure overnight, or how comprehensive your test coverage is. In fact, you may not even directly care about the responsiveness of your website or the rapidity of your updates. But you do care to the degree such metrics can be correlated with customers abandoning shopping carts or leaving for a competitor." See his full article, DevOps metrics: Are you measuring what matters?

7. Chuck conventional wisdom out the window

If the DevOps age requires new ways of thinking about IT leadership, it follows that some of the old ways need to be retired. But which ones?

"To be honest, all of them,” Kail says. “Get rid of the ‘because that's the way we've always done things’ mindset. The transition to a culture of DevOps is a complete paradigm shift, not a few subtle changes to the old days of Waterfall and Change Advisory Boards."

Indeed, IT leaders recognize that real transformation requires more than minor touch-ups to old approaches. Often, it requires a total reboot of a previous process or strategy.

Callendar of West Monroe Partners shares a parting example of legacy leadership thinking that hampers DevOps: Failing to embrace hybrid IT models and modern infrastructure approaches such as containers and microservices.

“One of the big rules I see going out the window is architecture consolidation, or the idea that long-term maintenance is cheaper if done within a homogenous environment,” Callendar says.