In IT, beware comfort that leads to complacency

If you feel comfortable at the top, you may not be CIO or a leader in your industry for long

[Editor's note: As part of our new series in which IT leaders share the best advice they've ever been given, Jason James, CIO of Optima Healthcare Solutions, explains how he's lived by the words of advice he heard back in his high school days.]

The best leadership advice I ever got was in band in high school.  Let me set the scene: Seating positions in band and orchestra are generally based on levels of proficiency with an instrument.  The higher the chair placement, the better the player. I was first chair trombone in concert band. I had the top seat for quite a while and had gotten very comfortable being first. A rising player, one chair below me, officially challenged me for my seat. I was soundly beaten and deserved to move down one spot. She had practiced much more and was frankly a much stronger player.

“It’s harder to stay on top than it is to get to the top."

After losing the top spot, the band director pulled me aside. He said, “It’s harder to stay on top than it is to get to the top. If you want to be back on top, never let them get comfortable.”

I practiced harder than ever before and it showed. I was a much stronger player. A few months later I would challenge her for that top spot and would win. I learned never to be too comfortable with my success.

That advice came from band director, Mr. Mike Stough. I did not continue my career in music and would not become a virtuoso on the trombone. But I did later become a master of the keyboard ... and mouse (wink).

Taking the advice to heart

I’m not sure the advice resonated with me at that moment. I had lost the top spot and wasn’t sure I even wanted it back. Maybe it was ego or drive or ambition, but I wasn’t going to let it go.  I regained that top spot and would use that advice when I moved into business and technology.

Somewhere there is someone that wants your spot.

It wasn’t until later in my career in technology that I found the advice so meaningful. It’s easy to get comfortable or complacent when things are going well, but remember somewhere there is someone that wants your spot. Don’t take that for granted. You can’t get comfortable. And if you are looking to move up in your career, you can’t let others be comfortable. Be heard and let the world know you intend to succeed.

I don’t remember much from band, and I doubt I can still play my scales, but that advice has been long-lasting.  I remind my own teams that comfort can lead to complacency. If they want to move up, they have to get out of their own comfort zone. They have to push themselves and get uncomfortable. And if they want to move up and someone is in that spot, make them earn the right to have it.

“Never let them get comfortable.”

[ Telling someone to get out of their comfort zone isn't easy. Read also: How to have tough conversations: 8 tips. ]

7 digital transformation leadership sins – and what to do instead 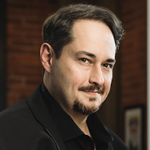 Jason James is CIO of Net Health. He has led IT operations for fast-growth technology companies for over twenty years.
» More about me

Preparing for an RPA job interview, as a candidate or hiring manager? Check out these RPA-related questions and guidance on developing strong answers.

The most successful digital transformations are driven by customers, not technology. These 3 strategies help you identify what your customers really want

Read Article
7 digital transformation leadership sins – and what to do instead
Submitted By Stephanie Overby
January 25, 2021

Digital transformation leadership strategies do not match up with traditional IT leadership principles. Make sure you're using approaches that set teams up for success