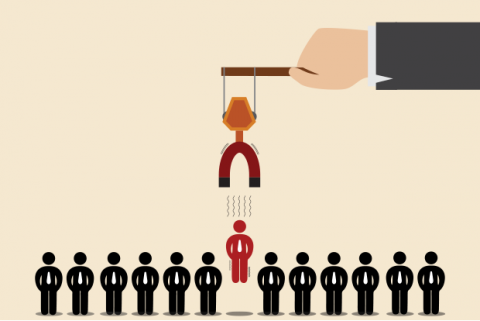 One of the most important – and unfortunately enduring – IT job market trends for CIOs to monitor is the continued chasm between technology talent demand and supply. Computer-related jobs are expected to grow at the faster-than-average rate of 12 percent through 2024, according to the U.S. Bureau of Labor Statistics. In just two years, BLS predicted, there will be 1.4 million open technology jobs but only 400,000 new computer science graduates nationwide. That’s causing many IT leaders to get more involved in STEM issues to address this long-term problem.

In the near-term, however, there are other movements afoot in the IT talent market – from skyrocketing demand for open source talent and AWS experts to the complete rethinking of the responsibilities of key IT leadership roles. Here are five developments IT leaders and hiring managers should be thinking about.

“Open source is now adopted widely, even in areas outside of technology,” says Kathryn Seni, General Manager in the North Carolina office of career and talent management provider Keystone Partners, making open source talent particularly hard to attract to corporate IT. The vast majority of hiring managers (83 percent) said that hiring open source professionals is a priority and an even greater percentage (87 percent) said they were having trouble finding skilled open source developers to fill open jobs, according to a 2018 study by The Linux Foundation and Dice.com.

Nearly half of the respondents (48 percent) said they are increasing their access and attractiveness to candidates by actively supporting open source projects with code or other resources and even more (55 percent) are paying for employee certifications, up from 47 percent in 2017 and 34 percent in 2016, as companies scramble to encourage and hire open source talent, the survey reported.

Historically, IT roles have been largely vertical in nature. But as technology becomes more integrated and IT organizations focus on optimizing processes from end-to-end, CIOs are creating more horizontal roles.

Rather than hiring someone as a VP of enterprise applications or infrastructure, for example, IT leaders are placing a single professional in charge of both.

Rather than hiring someone as a vice president of enterprise applications or infrastructure, for example, IT leaders are placing a single professional in charge of both. “Companies now need someone to streamline operations from order to service and create a data ecosystem to enhance the customer experience,” says Katie Ross, Recruiting Partner at Heller Search Associates, an executive recruiting firm that specializes in IT leadership roles.

“Technology is becoming so tightly integrated that the skill to understand the full technology stack and how to innovate or simplify that stack overall is becoming more imperative. We are also seeing lots of VPs of Innovation or Solution Architecture in big companies who are responsible for ensuring the utilization of cloud, AI, IoT, and other emerging technology across the organization,” Ross says. Likewise, chief technology officers are becoming accountable for everything from infrastructure through product development.

Corporate IT leaders competing for the same in-demand technology professionals as digital Goliaths and slick start-ups may think they’re fighting a losing battle on the job perks front, from Airbnb’s free vacations to Netflix’s unlimited parental leave to Google’s gourmet meals. But it turns out that the perks would-be employees value most highly – those that give workers more control of where and how they get their jobs done – are those any IT leader can figure out a way to offer.

According to a recent Robert Half survey, the perks employees value most are flexible work schedules (88 percent), a compressed workweek (66 percent) and the ability to telecommute (55 percent). However, many employers are falling short. While the majority of companies offer flexible work schedules (62 percent), Robert Half found that fewer than one in five offer shorter workweeks or remote work options.

Remote work, in particular, can be a win-win for CIOs having trouble recruiting talent in their markets. “With so many robust and integrated communication and collaboration platforms, remote employees are able to work fairly seamlessly from disparate locations,” Seni says. “This allows companies more flexibility and an ability to attract top talent outside of the local market.”

Enterprise IT leaders say they want to leverage their own internal talent to develop competitive differentiators, says Yugal Joshi, vice president of Information Technology Services for Everest Group. However, despite these aspirations of enterprises, their hiring hasn’t kept pace, he says.

Everest Group research suggests that while CIOs need next-generation software architects, they aren’t actively hiring them. Emerging skills such as serverless, though great in demand, aren’t actually getting hired, he says. Jobs requiring advanced skills in areas such as serverless computing, application container technology, DevOps, and microservices account for at most 15 percent of open job requisitions in corporate IT, according to Joshi. In the meantime, IT leaders will likely look to contractors and IT service providers for these emerging technology capabilities.

Network architects will pay upwards of $15,000 to get the CCAr certification, but are seeing median salaries of $137,500 as IT leaders seek them to oversee all aspects of their data networks, from laying down the hardware to aligning projects with business objectives. The strong demand for architects certified in Amazon’s cloud platform (with certification costing $170 and requiring a year of hands-on experience) is earning these application professionals mid-range salaries of $135,750.

Meanwhile, the rapidly evolving cyber risk landscape is driving the need for security managers. The CISM from vendor-neutral non-profit ISACA is an industry standard for security management, requiring applicants to have at least five years of infosec experience, three of them in management, and is garnering median salaries of $139,000, according to Robert Half.