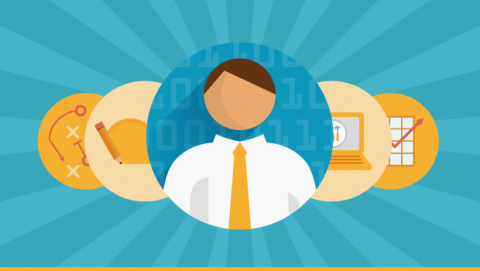 CIO.com has published its “State of the CIO” results, which offer a peek into the day-to-day priorities of IT leaders and the evolving CIO role. CIO.com also surveys line of business leaders alongside IT leaders to gain insight into how the CIO role is perceived across the organization. We caught up with Adam Dennison, senior vice president and publisher of CIO.com, for a deep dive into the results – including what surprised him most, and what CIOs should learn from this year’s report.

The Enterprisers Project (TEP): This is the 17th year of the State of the CIO survey. What stood out to you in the results this year?

Dennison: There were a couple “ah-ha” findings that jumped out at me. Eighty-eight percent of IT leaders say that they’re becoming more digital and innovation-focused, yet 73 percent say that it’s a challenge to find the balance between innovation and operations. That’s by no means a new problem, but I see that as a struggle that will continue for CIOs and an area where they will need to build up their skill set. And they’ll need to spearhead digital business initiatives alongside other important mandates from the CEO. The survey reveals that CEOs are also prioritizing and asking the IT leader for security and revenue growth.

How do you spend most of your time? 54% of CIOs say security management.

That ties to another area that caught my eye. When we asked the question, “How do you spend most of your time?”, as we do every year, this is the first time in the history of the study that the number one response was not, “Aligning IT initiatives with business goals.” That came in number two after security management at 54 percent – a 13 percent gain over last year in terms of time spent.

[ Successful CIOs know the value of soft skills. See our related article: Top soft skills for IT leaders and how to master them. ]

Finally, we asked the business about how they would characterize IT leadership. Of the 275 business respondents this year, 80 percent described their IT leadership as a strategic advisor or consultant. That number is up from 63 percent just last year. Conversely, the number of business respondents who thought of IT as roadblocks, risk assessors, or rogue players went down. The broader picture here is that the days of IT versus the business are behind us.

TEP: The report also shows an increase in CIOs meeting with external customers. More than 70 percent said they were already having these meetings, and more than half expect the frequency to increase during the next year. Does this tie back to the CEO’s expectation for CIOs to drive revenue growth?

Dennison: Yes, and I think it’s also noteworthy to point out that IT leaders are no longer making the distinction between internal and external customers. They are referring to internal customers as “colleagues” or “business partners,” so when they say “customer,” they are focused on the external customer. And we’re seeing these meetings trend up because increasingly, across all industries product innovation is technology-based. As a result, CIOs are getting involved in external customer discussions and product development.

As a whole, IT organizations are moving from a project mindset to a product mindset. Because of that, we’re seeing realignment in task forces and groups that pair traditional product folks with IT folks, so they can get a better understanding of how they might be able to help and support those external customer-facing initiatives.

And it makes sense. As technology has become so pervasive across the business, it’s now bleeding out into the external relationships, and CIOs need IT teams that can be a part of those conversations.

From a hiring perspective, they want great communicators. People who can have a dialogue with external customers that has nothing to do with technology. They’d rather hire for these skills first and train them on the technology than hire outstanding technologists who can’t communicate.

TEP: What lessons should CIOs take away from the report this year?

Dennison: This study is 17 years old. Over the years, we’ve talked a lot about the CIO role transitioning from functional, to transformational, to business strategist. The reality is that the bulk of CIOs still aren’t at that business-strategist level yet, but it’s a work in progress, and they’re getting there. Sometimes they get there and then they get sucked back into more functional roles because of economics, or security breaches, or a merger and acquisition, or something else; and that’s never going to change. Sometimes they get there and think, what’s next?

Based on the survey results we’ve seen over the years, we don’t believe you’re done. You can always grow and take it to the next level. The next level that we’ve identified is becoming a true corporate officer. That means you’ve gotten the seat at the table, and now you are on external advisory boards. This is going to become increasingly common as technology plays more of a key role in balancing innovation, customer focus, and revenue growth with the fiduciary continuum around risk management and serving the shareholders.

Beyond that, the next step for CIOs may be out of the role completely. We are seeing some moves into the COO role, and that seems to be a natural progression for forward-thinking CIOs.

Separate from the report, my advice for CIOs this year is to take time to meet with VCs. If you’re a CIO in the valley, you’ve obviously got a huge advantage in meeting with startups and VCs and creating those relationships. But there are a number of events now that pair CIOs with early-stage startups for speed networking, and the discussions they are having are incredibly valuable in terms of staying on top of trends and identifying areas of innovation. 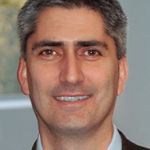