Aspiring CIOs: You are only as good as your network 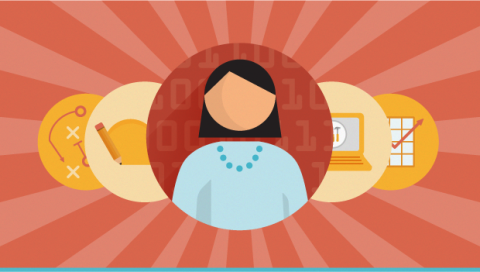 [Editor's note: As part of our ongoing series in which IT leaders offer advice to the next generation of CIOs, Deborah Gelch, CIO of Curry College, shares why she believes a CIO's network is key to their success.]

My first CIO job was at Lasell College in Newton, Massachusetts. I was appointed the CIO role in 2001, when there were few CIOs in the higher education industry. In August 2017, I began my role as the CIO at Curry College in Milton, Massachusetts, where I am currently leading the college’s new strategic technology plan and overseeing the delivery of IT services to a network of more than 4,500 faculty, staff, and students.

I needed a well-developed plan B (and sometimes plan C).

I have always worked in the IT field. My first job was selling computers at a local retail computer store. I had little prior experience with computers and learned by observing others, asking questions, and taking risks. I later led IT for the law firm Rackemann, Sawyer & Brewster, and Fallon, Hines & O’Connor, a commercial real estate firm. In these high-stakes organizations, I learned that if I was going to take a risk with changes to systems or processes, I needed a well-developed Plan B (and sometimes Plan C).

What my first CIO job taught me:

The biggest lesson that I learned from my first CIO job is the importance of linking IT’s operations and budget to the strategic initiatives of the institution. My focus shifted from assuring that the organization had a functional technical infrastructure to directly contributing to the success of the organization by using technology to drive business initiatives. During my 16 years as CIO of Lasell, I drove continuous improvement, which positioned Lasell to be ahead of the curve for enrollment and technology initiatives.

My advice for aspiring CIOs:

Be transparent; be willing to take risks and fail. For me, the idea of failure is not a desired outcome or acceptable option. I do not expect that my team will fall short of our goals and intentions. But when taking risks, we collectively understand that failure is part of the territory and that when we take it seriously, we can find ways to avoid it in the future. We also regularly reflect on our work in retrospective meetings to discuss what is going well and what is not. During these meetings, we have an opportunity to adjust some of our assumptions or parts of a project that are not going well, to ensure we avoid failure in the end.

Also, understand that at the end of the day you are only as successful as your team. If you don’t have a robust network of IT professionals with every aspect of the IT skill set, develop that team now. These colleagues will be your future hires, consultants, and vendors. My best hires and vendors are the ones with whom I have maintained a relationship with for years. Your team and your network of connections are key to your success. Openly recognize them for their work behind the scenes, in meetings, and in front of your colleagues. 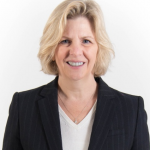 Deborah Gelch joined the Curry community in August 2017. For more than 25 years, Deborah has been a long-term driver of the use of information systems, innovative processes, and collaborations to catalyze the growth of businesses and higher education institutions. She has extensive experience in strategic planning, project management, and network and systems.
More about me