Is blockchain the best fit for your problem or idea? Consider these 3 key characteristics before you get caught up in hype 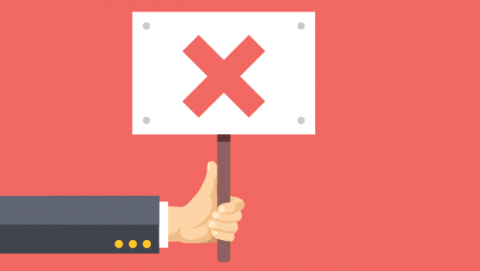 Bitcoin is at the peak of the hype curve, challenging our notions of what currency actually represents and forcing us to re-think the role of a central bank in maintaining a currency’s value. There are certainly some aspects of Bitcoin and other e-currencies that should give us pause, such as the fact that among the biggest beneficiaries of its distinguishing properties (anonymity, privacy) are people engaged in illegal enterprises such as money laundering, or the fact that the activity that creates value, mining bitcoins, is actually harmful to the planet, wasting enough electricity to power many countries.

Unfortunately, because of the hype around blockchain, it is being proposed as the solution for many use cases where better solutions already exist.

But, my intention is not to focus on Bitcoin, but rather on its enabling technology, known as blockchain, which enjoys almost as much hype as Bitcoin itself and is being touted as the ideal solution for a multitude of problems. Unfortunately, because of the hype around blockchain, it is being proposed as the solution for many use cases where there already exist better and more efficient solutions. The result is a plethora of pilot projects based on blockchain, but very few systems that are actually launched and running in production. This article will explore the potential uses for blockchain and provide criteria that define the characteristics of an appropriate use case.

The central idea of blockchain

The idea of blockchain is to eliminate centralized ledgers and replace them with distributed ledgers, where any fact can be proven because “everybody knows.” Instead of maintaining a central ledger, you distribute the ledger to everyone, using digital signatures to ensure the integrity of the data. Then, when you want to verify a fact, e.g., who owns a plot of land, just “ask everybody”, i.e., poll a subset of the distributed ledgers, because “everybody knows.”

There are many use cases involving a central ledger where a blockchain distributed ledger has been considered. For example:

But, before you start re-implementing every central ledger as a distributed ledger, it is important to recognize the characteristics of this technology:

Throughput. A blockchain-based ledger can only handle about 10 transactions per second, making it a very slow database. It may be appropriate for applications that require low throughput, e.g., car title because not that many cars within a given state change hands every second.

But, it will not stand up to high throughput applications, e.g., managing ticket sales for a concert where most of the transactions occur in the last 24 hours before the concert. Technological advances will surely increase the throughput of blockchain-based ledgers, but they will still remain far slower than commercial databases.

Consensus. In order for a blockchain ledger to work, all parties must agree to use the same ledger. This is feasible when there is a central organization (e.g., a government agency) that can force all parties to use the same ledger. But, in many industries, the competitive landscape is too fragmented to come to any sort of consensus as to who should run the ledger. Take the music industry as an example: It would probably be difficult for Sony, Universal and Warner to all agree on who should run the ledger of music rights.

When you put it all together, it requires a very special set of circumstances for blockchain to be the right solution: The domain must have a central authority that can force all parties to use the distributed ledger, the throughput requirements must be low, and there must be a compelling reason not to implement a centralized ledger, e.g., lack of continuous data communications.

In far too many cases, blockchain has become a technology in search of a problem with promises that the big breakthrough for blockchain is just around the corner. Use the criteria described here to decide whether blockchain is the best solution for your use case. If yes – great. If not, don’t get caught up in the hype. 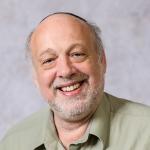 Moshe Kranc serves as Chief Technology Officer for Ness. He has extensive experience in leading adoption of bleeding edge technologies, having worked for large companies as well as entrepreneurial start-ups. Moshe previously headed the Big Data Centre of Excellence at Barclays’ Israel Development Centre (IDEC).
More about me