The biggest changes in IT in the last 5 years

As The Enterprisers Project celebrates its 5-year anniversary, we look back at how IT has morphed. CIOs and tech executives discuss cloud advances, agile work styles, and more 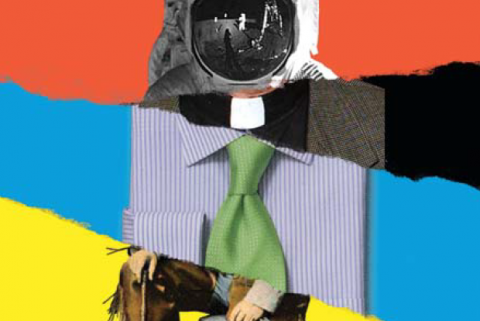 Close your eyes and turn back the clock five years. 2013 doesn't seem too far in the past, but in the world of technology, it feels like a bygone era. Many IT leaders would argue that the IT organizations of today, operating in drastically different ways, are nearly unrecognizable compared to those of five years ago.

Here on The Enterprisers Project, we've followed the evolution of IT and the most pressing IT leadership issues since 2013. As we celebrate our five-year anniversary, we asked CIOs and other IT and tech professionals to share their take on the biggest, most impactful changes they've seen during the last five years. What change has affected you the most?

[ Tell us how to keep making Enterprisers Project more valuable for you. Take our 2018 Reader Survey. ]

Lee Congdon, CIO, Ellucian: “Five years ago, cloud deployments for most enterprises included a few SaaS applications and some experimental work at a public cloud provider. Cloud applications are now broad-based and mainstream.”

John Marcante, CIO, Vanguard: “The growth of cloud computing services has fueled the global economy, produced new ways of working and enabled companies to capitalize on global markets. For startups all over the world, cloud computing has been a catalyst, powering them with the low cost, distributed, resilient, compute utility they need to innovate. Cloud is also enabling large global companies to deploy and share services around the world while lowering costs and providing robust resiliency and security capabilities – effectively opening up new markets and new revenue models at much lower hurdle costs. In addition, cloud computing enables teams to quickly and inexpensively experiment, gain rapid client feedback, and deploy solutions, essentially increasing the speed and accuracy of these business solutions. It’s been a key enabler of true agile and lean.”

Cynthia Stoddard, CIO, Adobe: “The Cloud is real! Five years ago the cloud was a bit cloudy – with complexity and risk – for IT orgs. Fast forward to 2018 where cloud infrastructure has proven to help us to remove technology constraints and is now one of our primary tools allowing us to focus on delivering both value and great experiences.”

RJ Martino, President and CEO, Scale Technology: “One of the most fascinating changes has been a trend toward mobile adoption and cloud storage. The ability to complete a work day without a desktop five years ago was a dream – an inkling of an idea that had no solidified merit. Now, all of our important files, contacts, and pictures are uploadable to the cloud making them accessible from a mobile device. Five years ago, we were concerned about the physical security of our computers. Some industry events focused solely on how to keep your laptops safe during travel. Yet now, if our clients were to lose a laptop computer or even a cell phone, all of that data is safe and accessible via the cloud. They're able to work while sitting on the beach and also be more productive without the risk of losing everything.”

Chris Fielding, CIO, Sungard Availability Services (Sungard AS): “In the last five years, there have been two significant changes in IT. The first is the willingness of organizations and large enterprises to take their applications and infrastructure into a public cloud environment. The technology has been around for some time, but in the past few years, we’ve seen a steep increase in the adoption of cloud architectures, whether it’s infrastructure or software as a service.

"The second change is the heightened focus on cybersecurity. It has always been an important area for the CIO to focus on. However, over the last few years – with the increase in cyber attacks and data breaches and GDPR coming into law – cybersecurity has evolved into a C-suite concern.”

[ Are you keeping up with your peers on cloud? Read our related story, The state of public cloud: 10 notable statistics. ]

"DevOps increases collaboration between developers and operations to boost the number of releases from a few each year to several each day."

Yaniv Yehuda, CTO, DBmaestro: “DevOps and DataOps have helped IT to become the driver of digital transformation. DevOps increases collaboration between developers and operations to boost the number of releases from a few each year to several each day, enabling IT to be more agile and keep pace with the rapid rate of change. Using methods borrowed from DevOps, DataOps reduces the cycle time of data analytics while also improving the quality of data analysis."

Tom Soderstrom, IT Chief Technology Officer, Jet Propulsion Laboratory: "The way we handle development is the biggest change. Today, we iterate very quickly and develop minimum viable products to measure the user response as quickly as possible. We use Agile development and incorporate developments from others, so we can change direction with little impact. We deploy in the cloud and pay only for what use. For ease of scale, we use Open Source wherever we can. Bottom line: we dare to – and can afford to – experiment much more quickly and that is accelerating innovation."

Briana Brownell, Founder and CEO, Pure Strategy Inc: “Within the last five years, a plethora of new tools have become available to quickly wrangle large volumes of data and build analytics systems that update in real time. We can now quickly create and test machine learning systems, adapt them on the fly, and perform large-scale A/B tests in real time. The underlying science that powers machine learning and cluster computing in technologies like Spark and Tensorflow makes these capabilities accessible to everyone. You no longer need to have a large on-premise data center and a team of scientific computing experts to be able to implement such a system, even a small startup can do it.”

[ Learn more. Read the related article, What is the TensorFlow machine intelligence platform. ]

Gary Verhaegen, Software Engineer, Sparrho: “So many technologies we take for granted today were either non-existent or ‘research topics,’ such as containerization, NoSQL, or cloud computing platforms. Developers around the world have been developing easier, faster, and better tools to handle large quantities of data. At the same time, the academics in their ivory tower have, if not cracked the code of intelligence, made extremely impressive progress over the past few years, birthing at least the hope of massive-scale AI availability for any company with the discipline and insight to collect the right data.

The lines between IT teams and IT roles blurred

Gary Verhaegen, Software Engineer, Sparrho: “From a business perspective, this has led to a much more fluid IT environment. Where roles and responsibilities were clearly delineated and defined by your job title (DB admin, sysadmin, developer, data scientist for the few companies that already had some), nowadays there is a lot more overlap between those: Successful projects require a combination of all of these, and some individuals blur the lines by mastering diverse skillsets."

"Overall, the biggest change to the way IT businesses (or IT departments within larger businesses) should operate comes from the realization that there is now the potential for much bigger leverage than ever before, and small teams of highly skilled people can outproduce much larger teams, with a judicious combination of low synchronization overhead and truly multiplicative tools.”

Can't wait to see what AI and quantum computing do together.