Adobe CIO: How we scaled RPA with a Center of Excellence

At Adobe, we’re extremely committed to artificial intelligence and machine learning, and as part of that, embracing robotic processing automation (RPA) was a no-brainer. However, getting RPA or any kind of automation off the ground at an organization is a challenge. As I’ve noted before, just the word “automation” can trigger anxiety about job losses.

We initially rolled out RPA to automate some of our more repetitive processes in finance.

When we implemented our RPA program about 18 months ago, we began with a proof of concept and then a pilot program, to gradually integrate RPA into our processes and get our people on board. Seeing RPA in action helped demystify the concept for many, and allowed them to see how they would work alongside the bots instead of being replaced by them.

We initially rolled out RPA to automate some of our more repetitive processes in finance, such as purchase orders and contract creation. We built some major momentum from these initial results:

[ How can you discuss RPA in terms anyone can understand? See our related post, How to explain Robotic Process Automation (RPA) in plain English. ]

Why do you need an RPA Center of Excellence?

We needed to create an RPA Center of Excellence (COE) to drive further implementation, faster.

These early experiments with RPA were so successful that it became obvious we needed to create an RPA Center of Excellence (COE) to drive further implementation, faster. Too many organizations approach their technological capabilities as point solutions and never take a holistic view, which is ultimately inefficient and limits the ability of the program to organically thrive.

The RPA COE describes the structure for rolling out, managing, and growing RPA functionality in an organization and is quickly proving to be a vital component of a successful RPA program. It usually comprises a mix of technologies, people, processes, and policies that define how it operates within an organization and helps guide its maintenance as well as its expansion as part of the overall technology stack.

Creating the RPA Center of Excellence

We kept our people at the center of RPA implementation and growth.

Adobe’s RPA COE has made a point to keep our people at the center of RPA implementation and growth. Gaining buy-in across the organization has enabled us to scale RPA, with full support from business stakeholders.

For instance, a strong partnership at the senior leadership level between myself and our CFO has established a model for collaboration across our teams.

We also have benefited from the beginning from buy-in among our finance stakeholders, which is important because finance has historically been a late adopter of technology, given the risk involved in those early experimental phases. Our finance teams have been spearheading much of the RPA push within the company because they were able to accomplish so much with it so quickly. Given their commitment to improving processes with tech innovations, they have established a council to determine how best to leverage technology, especially RPA, with strong participation from IT.

Having finance partnering with IT has paved the way for the standardization of RPA in several areas of the organization and has been the foundation of our COE.

The COE is also influencing how we apply RPA to our IT and cloud operations processes to remove toil – the work tied to running a production service that tends to be manual, repetitive, and automatable. We are leveraging RPA with our Global Operations Center to automate tactical and repetitive areas, including transactions that require review and approval. We are closely tracking how our staff benefits from this shift while driving efficiency. 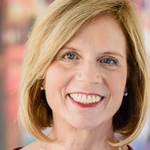 As senior vice president and chief information officer of Adobe, Cynthia Stoddard oversees Adobe’s global Information Technology team. In her leadership role, Cynthia spearheads a global strategy for delivering services that form the mission-critical backbone for the company.
More about me