5G will change the rules for apps requiring high speed and near-zero latency. But what about coverage – and other issues that can get confusing amid the hype? 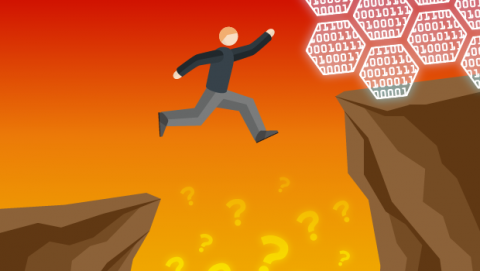 If my inbox is a modest gauge of which technology stands the best chance to win the race to most-hyped in 2020, consider placing a bet on 5G: It has already left the starting line.

The buzz around 5G is fertilizer for all sorts of misconceptions.

There is substance behind 5G’s buzz – not just for consumers itching for, say, better video streams on their phones, but for businesses of all kinds. Yet this kind of attention, which is pretty much guaranteed to grow next year, is fertilizer for all sorts of misconceptions. For starters, this isn’t just about a better experience FaceTiming your friends and colleagues (previous example notwithstanding).

We asked several IT leaders and mobile experts to weigh in on the misconceptions they see attending 5G now and in the future as the technology becomes more accessible in the new year and beyond. Let’s demystify five misunderstandings about 5G.

Myth 1: 5G is all about faster phones

As 5G rolls out into new markets – and the corresponding marketing megaphones get louder – the notion that 5G simply means faster smartphones may become the dominant misconception.

The notion that 5G simply means faster smartphones may become the dominant myth.

“It’s far more than that,” says Adrian Brookes, strategic product director at Infovista. “It will revolutionize access to services – it will open access for multiple types of applications that need the speeds and reliability that are promised [by 5G networks].”

In fact, set aside about speed altogether for a moment: It’s a misconception to think that 5G is all about smartphones, period.

“It’s true that 5G will bring broadband speeds to phones and will give wired broadband companies a run for their money,” says Harald Remmert, director of engineering at Digi International. “But 5G is much more than that.”

5G’s promise of low latency will be equally important, particularly in terms of enterprise use cases and realizing the potential of other emerging technologies.

“Areas such as augmented reality (AR) and robotics will have the potential to accelerate their capabilities, enabling new ways of working for many industries,” Brookes says. “So whilst the bandwidth promises are great, the real benefit will be the promise of low-latency communications – benefitting many machine-to-machine, automated, or any activities that require near-instantaneous feedback. 5G will therefore have a far-reaching impact into a range of industries, so clearly it’s not just the next iteration in speed for the mobile phone. ”

[ How are media companies using edge computing and 5G? Watch the MWC panel discussion: Tips and tricks for 5G and the network edge. ]

IT pros are well-accustomed to technology hype, and some skepticism is warranted when the buzz gets a little too loud. That healthy skepticism, however, is usually best deployed for specific purposes – say, a moon-and-the-stars sales pitch from a prospective vendor – instead of becoming an excuse to ignore or avoid massive technology change, such as earlier phases of the mobility boom or the emergence of cloud infrastructure and cloud-native development.

“The reality is that 5G will fundamentally transform networks and create opportunities for innovation across all industries,” says John Walsh, group chief executive for communications, media & technology at Accenture. “CIOs and business leaders need to take this seriously.”

“CIOs and business leaders need to take this seriously.”

Some of you appear to be taking the “NBD” approach, though. In a global survey conducted by Accenture earlier this year, more than half (53 percent) of executives said that there were “very few things” that 5G will enable them to do better than 4G does currently. Just two in five respondents, meanwhile, said 5G will bring a “revolutionary shift” in speed and capacity.

The numbers in terms of areas like speed and latency can vary by source (such as a carrier’s claims versus an independent reviewer’s field test) and context (such as what’s possible today versus what’s projected for the future as 5G’s availability expands and the technology matures). But the general theme here is: This is no minor upgrade.

Count Walsh among those who see 5G as revolutionary: “With the anticipated capability to connect 10 times more devices per square kilometer, ultra-reliable low latency of less than 1 ms, and speeds up to 100 times faster than today’s mobile technology, it will bring a massive new wave of product and service innovations that benefit both business and society,” Walsh told us recently.

Myth 3: 5G is a prerequisite to delivering IoT value

While 5G matters to IoT’s future, you don’t need to wait to start projects.

The short answer: While 5G will be a major catalyst for IoT’s future, that doesn’t mean you can’t already be getting started with IoT projects.

“Not all IoT use cases require the high processing capabilities and low latencies that 5G provides,” Purohit says. “LoRaWAN or cellular networks are more popular for the bulk of use cases that help customers achieve the transformation they desire. For IoT projects, one of the key considerations should be ongoing hardware and maintenance costs. The devices that run on these low-power wide-area network (LPWAN) technologies can be left for 10 years without needing maintenance, which is key for the company to collect data efficiently and drive differentiated value from it.”

Purohit points to use cases such as vibration sensors on equipment, smart parking meters, indoor space/room monitoring, and leak detection as specific examples of IoT applications that don’t require the future benefits of 5G to deliver tangible results today.

Very insightful and helpful in gaining a clearer understanding of 5G