CIO role: Do you have what it takes to be CIO? 7 questions

So you want to become a Chief Information Officer? Ask these questions about your motives, qualifications, and hopes 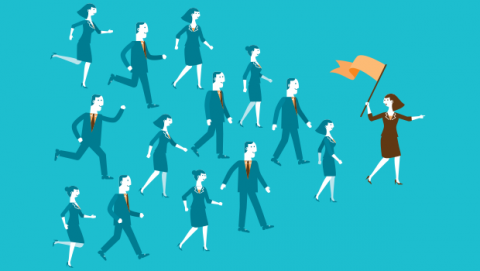 The CIO role may seem like the ultimate goal for corporate technology leaders – a feather in the cap for a worthy IT professional who’s worked their way through increasingly senior roles.

But the CIO role is not for everyone – particularly not the top IT spot of 2020 and beyond. “A CIO is much less involved in the actual day-to-day projects and functions more as a face of the technical function of an organization,” says Jim Halpin, associate unit manager of technology recruiting at LaSalle Network. “Good CIOs are entrepreneurial, driven, savvy, and strategic thinkers. Someone could be an extremely adept technologist but may not have the soft skills required of the CIO role.”

Vanguard CIO John Marcante recommends that an aspiring CIO should practice thinking like a gardener, not a chess master. That means you’re enabling growth more than controlling your team’s moves.

CIO career path: Are you qualified to be a CIO?

Consider these seven important questions any IT professional should ask themselves before going after the top IT job – based on advice from CIOs and CIO job placement experts:

This is the first question would-be CIOs should ask themselves, says Larry Bonfante, veteran CIO and founder of executive coaching and consulting practice CIO Bench Coach: “Why do I really want this job?” If you like the idea of a C-suite title, are just looking to make more money, or it just seems like the next logical step in the IT career progression, he says, you’re probably not going to enjoy it – or excel.

If you think you have valuable ideas to help the organization evolve and succeed, on the other hand, those are good reasons to proceed.

“[The CIO] is a strong leader and has a strong vision for technical strategy,” says Halpin. “If your intentions are to help a company scale up their IT strategy, to build IT teams, and to be a leader in the organization, then you are on the right track.”

2. Will I be happy stepping back from tactical responsibilities to focus on vision and strategy?

“This can be tough for many people.”

IT professionals who’ve dedicated their careers to hands-on problem-solving or technology development and implementations often derive their job satisfaction from the actual doing of concrete things. “This can be tough for many people. When you are used to being a contributor and being involved in the daily tactical decisions, it can be difficult to relinquish this responsibility,” says Halpin.

There are not enough hours in the day for a CIO to be effective as a business strategist and function leader while still taking on tactical responsibilities. Instead, a CIO must be able to both inspire and trust their teams to handle the day-to-day work of IT without their immediate oversight. To that end, a good CIO is also committed to developing their team for long-term success, says Bonfante.

When it comes down to it, the CIO role has less to do with managing technology and everything to do with directing people. As then first-time CIO Scott Youngs described it, the role requires the IT leader to serve as therapist, career counselor, conflict resolver, contract negotiator, and customer relationship manager – for a start.

In fact, some IT leaders say this skill set has become so crucial that we should no longer call it “soft:” Read Goodbye soft skills, hello core skills: Why IT must rebrand this critical competency.

4. Is my technical understanding up-to-date?

“This year, more CEOs requested a technical IT leader.”

The current business focus on disruptive technologies and digital transformation demands that IT’s top gun be conversant in the most important emerging capabilities. “Can you cut through the BS and understand the technical details? This year, more CEOs requested a technical IT leader,” says Katie Ross, managing director at CIO recruiting firm Heller Search Associates. “Most are afraid of not getting high-quality or innovative IT products, having to reimplement critical applications, or spending too much on vendors’ mistakes. More of our clients are looking for technical gurus who understand how to design and architect critical systems.”

Tech chops still matter, says Net Health CIO Jason James: “Beyond understanding that having a firm grasp on the business is just as important as the technology, aspiring IT leaders must be strong technologists before taking their first CIO job. Too often, I see people in other C-Suite positions think that they can have a strong business leader with a weak technical background serve as CIO, and simply rely on other tech specialists in the company to fill the knowledge gap.”

“If the CIO doesn’t have a strong grasp of technology – from IT automation to DevOps to cloud technologies – that person will ultimately struggle in the role,” James says.

James took his first effective CIO job back in 2006 at Servigistics, a provider of service lifecycle management software that was acquired by PTC. He started as a network engineer and became vice president of global IT.