How to create a sense of urgency without stressing out your team: 7 tips

Urgency does not equal anxiety. Here’s how leaders can create a sense of urgency about needed change in ways that won’t send your best people running for the door 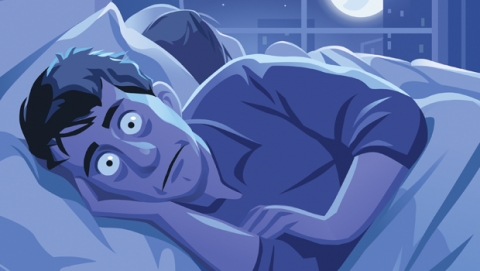 In his best-selling book, A Sense of Urgency, John Kotter argued that without that crucial element, all transformation efforts are doomed to fail. That should get any IT or business leader’s attention given today’s ambitious digital transformation goals.

What is a sense of urgency?

However, Kotter has always been quick to point out that productive urgency is vastly different than anxiety or stress. “People think they are urgent,” he told The Enterprisers Project, “when in fact they are simply anxious.”

“If urgency signals panic, good people look for other jobs.”

In fact, when an attempt to increase urgency results in a rise in concern, you can create a deleterious effect. “This is a huge challenge because if urgency signals panic, good people look for other jobs,” says Rajiv Kohli , John N. Dalton Memorial Professor of Business at William & Mary’s Raymond A. Mason School of Business. “Those are the people you need in conditions that require urgency.”

So how can IT leaders cultivate a true and effective sense of urgency while not stressing their team members out or raising anxiety? Consider these seven techniques:

7 ways to create a sense of urgency

1. Build a culture of urgency before its required

“The time to create urgency is prior to a situation or problem reaching a critical stage,” says Dr. Deb Kirby, founder of Imaginal Wisdom, a leadership development and culture-building consultancy. “This seems counterintuitive, yet creating an organizational culture to continually spot how people, policies, procedures, and/or technology are responding, regardless of the original intent or design, develops an awareness and sensitivity for finding potential problems before they have time to become critical and urgent.”

Developing an environment with a healthy level of urgency means team members will be more likely to anticipate and find issues in the earliest stages of transformation efforts, Kirby says.

2. Educate everyone on the rationale for urgency

One of the most important steps in fostering a sense of urgency in the IT organization also can serve to keep potential disquiet at bay. “Ensure executives and teams understand why urgency is so important for the initiative,” advises Rob Llewellyn, founder of CXO Transform, which offers a digital transformation framework.

People need to know that you’re not just asking them to run faster for the sake of running faster.

People need to know that you’re not just asking them to run faster for the sake of running faster, but what the outcomes are that urgency is designed to achieve. Just as importantly, IT leaders should make it clear what the business consequences of delay are, Llewellyn says.

“Talk about the vision and benefits of making forward progress,” says Mindy Bostick, global people and change lead at North Highland Worldwide Consulting, who works closely with CIOs and other C-suite executives. “Excitement and possibility will unleash energy in your workforce.”

“Paint a picture for the employees of how the conditions may impact their work and jobs negatively if not done,” says Kohli, “and how it can enrich their jobs when the situation is dealt with successfully.”

Bostick says CIOs should make a point to “prioritize, plan, and take action in a rapid and public way,” which demonstrates decisive movement for their organizations.

“Keep it light, and make sure people can still laugh.”

While forward motion is key, so is maintaining a steady, calm, and upbeat demeanor, Bostick says. Not sure how to convey a sense of peaceful progression? “Keep it light, and make sure people can still laugh,” says Martin Henley, senior vice president of Globality’s technology services sector group, who previously had to create a sense of urgency as a health system IT executive during the onslaught of managed care requirements. “Ensure employees understand the criticality of deadlines, [but] be clear that the team will succeed because everyone is working together to succeed.” Mindfulness exercises can also help.

Creating a culture of urgency, says Kirby, “asks leaders to release their sense of top-down control and send accountability out into the organization – vertically and horizontally, wherever the expertise lies to correct a situation early.”

“Constantly asking for updates when people are working hard toward a tight deadline adds frustration.”

Giving folks the autonomy to make decisions and feel accountable and responsible for success eases anxiety, adds Llewellyn. IT leaders must avoid riding direct reports or micromanaging. “Let people get on with the job. Constantly asking for updates when people are working hard toward a tight deadline adds frustration and is generally unhelpful to the people doing the work,” Henley says. “Let them focus on their work and trust them.” Instead, IT leaders should show confidence in their team’s ability to handle the challenge, says Kohli.

7. Stay with your team

MORE ON CREATING A SENSE OF URGENCY

“You may find that your team is busy with deliverables when you are not. It is always worth staying late with your team or joining them when they work during the weekend, even if your actual input to the process is minimal,” Henley says. “By being visible, you can stay involved and keep things moving forward in a collected way while maintaining a sense of urgency.”

[ Want more ideas on how to model urgency for your team? Read also: 20 ways to create a sense of urgency. ]

I definitely struggle with this. It is really hard to be the only one in the office who seems motivated to do something about things. It's a timely article for me to stumble upon that's for sure!

A sense of urgency is something that cannot be implanted onto someone overnight. It is a habit or practice that needs to be encouraged since young. Parents should look at ways to instill this good factor onto their kids to promote good habits during adulthood.